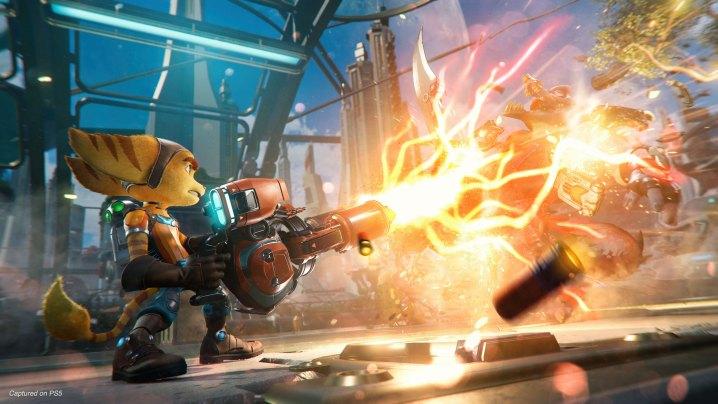 True current-gen console exclusives have been few and far between this generation. Over two years in, even great games like Halo Infinite and God of War: Ragnarök are still shackled to the consoles that came before the PlayStation 5 and Xbox Series X and S. While they still look fantastic and benefit from better load times and DualSense gimmicks, there haven’t been enough exclusives to give this new console generation a true identity just yet.

That’s going to be one of the most important tasks for Microsoft and Sony in 2023. This year, we’ll see a much larger number of PS5 and Xbox Series X/S exclusives, especially from first-party studios. Games like Forspoken, Marvel’s Spider-Man 2, Forza Motorsport, and Starfield will be just some of the games this year that will demonstrate what exactly a ninth-generation console game feels and looks like. That means that the stakes are high for this year’s biggest releases, as they need to prove that the games industry hasn’t plateaued.

A slow but steady start

It’s hard to believe we’re already over two years into this new console generation, considering that we’re still seeing high-profile games launching on old platforms. That looks like it will change this year, though, as more games will release exclusively for PS5 and Xbox Series X/S to give those consoles more of an identity. Still, that’s taken more time than it did for the eighth generation of game consoles: the PS4 and Xbox One.

Even the Xbox One, for all its faults at release, had games like Dead Rising 3, Forza Motorsport 5, and Ryse: Son of Rome early on to show what Microsoft wanted that new generation of games to look like. They did so through both impressive visuals for their time and via Xbox One gimmicks like SmartGlass and Kinect. We haven’t seen that as much with the Xbox Series X/S because early-generation games like Halo Infinite and Forza Horizon 5 were intentionally cross-gen, and its more ambitious exclusives have suffered delays.

On the PlayStation front, the PS4 admittedly took a few years to get going on the exclusives front. Games like Infamous Second Son, Driveclub, and Bloodborne eventually impressed, though, and fantastic exclusives were consistently launching throughout each year by 2017. The PS5 is following a similar cadence, as Astro’s Playroom remains an outstanding PS5 and DualSense showcase, while Ratchet & Clank: Rift Apart, Returnal, and The Last of Us Part 1 show what the system is capable of.

Still, last year’s two biggest PlayStation Studios releases, Horizon Forbidden West and God of War: Ragnarök, came out on PS4 and still felt “last-gen” as a result. One can’t help but think what both games could have done had they launched solely on PS5. That’s a question I hope to see answered more firmly over the next 12 months.

The importance of 2023 console exclusives

As we enter the PS5’s third year, its upcoming exclusives will be some of the most pivotal on the system. Forspoken could demonstrate some impressive visual effects early on, but Marvel’s Spider-Man 2 is in an even more crucial position. It will be the first sequel to a PS4-era hit that isn’t tied to the PS4. The PS5’s high frame rate and adaptive triggers already enhance Marvel’s Spider-Man: Miles Morales and Spider-Man: Remastered when played on PS5.

I’m intrigued to see how Insomniac Games can push the visuals further, make more parts of New York City explorable, and take swinging around as the Spider-Men even further on PS5. Hopefully, any other PS5 exclusives launching this year will do similar things.

Meanwhile, Xbox Game Studios needs consistency this year, with a steady stream of exclusives that give its new consoles, and in turn, Xbox Game Pass, a stronger sense of value. One game that will be key in doing this is the soft reboot of Forza Motorsport, which is set to launch this spring. While Forza isn’t the most exciting franchise for hardcore gamers, it has the potential to be the best-looking current-gen game yet when it launches.

Turn 10 Studios has teased that Forza Motorsport would contain real-time ray tracing during gameplay, gorgeous weather simulations, and even more complex gameplay and lighting physics only possible on the new Xbox consoles. Racing games are often great technical showpieces for video game consoles, so Forza Motorsport will be a pivotal release to show us just what the Xbox Series X/S can do.

Meanwhile, the impressive scope of Starfield should stand out on the next-gen system, even if it’s not a total visual stunner. A solid frame rate and quick load times will hopefully demonstrate why Starfield’s nearly eight-year, cross-generational wait was worth it.

While there are plenty of great games to play on PS5 and Xbox Series X/S, only a few have given a clear idea of what their respective systems can do, resulting in a less distinct identity for each platform. Now, 2023 needs to be a critical turning point for this console generation, as players will want more and more games to justify their $300 to $500 console gaming upgrade.

Currently, it’s shaping up to be that. This year will hopefully be the one where we start seeing Xbox Series X/S and PS5 exclusive games from Microsoft and Sony consistently, respectively, and finally feel like the ninth generation of gaming consoles is in full swing.