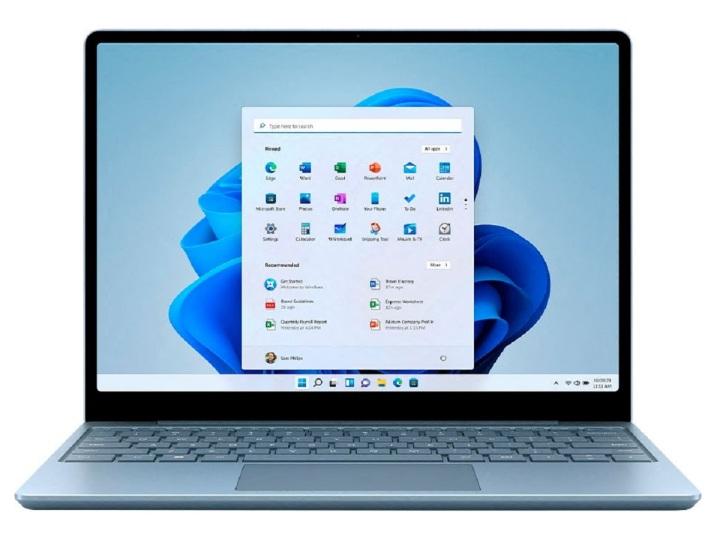 The Microsoft Surface Laptop line of computers is known for great build quality, lovely touchscreens, featherweight design, and all-day battery life. These sleek Windows ultrabooks also come with a wide range of hardware configurations and resulting prices, which make them the perfect choice if you’re on the hunt for a portable but reliable mobile workstation, a device that you can use for work or school, or a machine that can double as an entertainment device. To help you with search, we’ve gathered some of the best Microsoft Surface Laptop deals that you can shop right now, but you need to hurry if you want to buy any of them because stocks may run out at any moment.

If you’re also interested in Windows-powered tablets that can switch into laptop mode, you should check out our roundup of the best Surface Pro deals.

The Microsoft Surface Laptop Go 2 is a budget-friendly device that doesn’t sacrifice performance. The successor of 2020’s Microsoft Surface Laptop Go brings improved performance with updated components that include the 11th-generation Intel Core i5 processor, integrated Intel Iris Xe Graphics, and 8GB of RAM, which are more than enough to handle the daily tasks of work-from-home employees and students. The laptop also features a 12.4-inch touchscreen, a 128GB SSD with Windows 11 Home pre-installed, and a battery life of up to 13.5 hours on a single charge. You’ll look and sound amazing during online meetings with the Microsoft Surface Laptop Go 2’s HD camera and built-in studio microphones, and you’ll be able to use all your accessories with the device’s abundance of USB-A, USB-C, and Surface Connect ports, plus a headphone jack.

While it has already been overshadowed by its successor, the Microsoft Surface Laptop 4 remains a worthwhile purchase because it can still get the job done for most people. Inside the laptop are the 11th-generation Intel Core i5 processor, integrated Intel Iris Xe Graphics, and 8GB of RAM, similar to the Microsoft Surface Laptop Go 2, with which it also shares its lineup of ports. However, the Microsoft Surface Laptop 4 comes with a slightly larger 13.5-inch touchscreen, a longer battery life of up to 17.5 hours on a single charge, and more storage capacity with a 512GB SSD. Watching streaming content and playing music on the laptop sounds better with its Dolby Atmos support, for an immersive experience whenever you’re taking a break.

The Microsoft Surface Laptop 5, the latest iteration of the Surface Laptop line, pushes its capabilities even further with its 12th-generation Intel Core i7 Evo processor, integrated Intel Iris Xe Graphics, and 16GB of RAM, for performance that will let you multitask between apps without any slowdowns or crashes. The laptop comes with Windows 11 Home pre-installed in its 512GB SSD, a 13.5-inch touchscreen, and a battery that can last up to 18 hours before requiring a recharge. When comparing the Microsoft Surface Laptop 5 and Microsoft Surface Laptop 4, going for the new model is worth it because its faster and smarter, and adds a Thunderbolt 4 port, while maintaining the sleek, ultralight design of its predecessor.