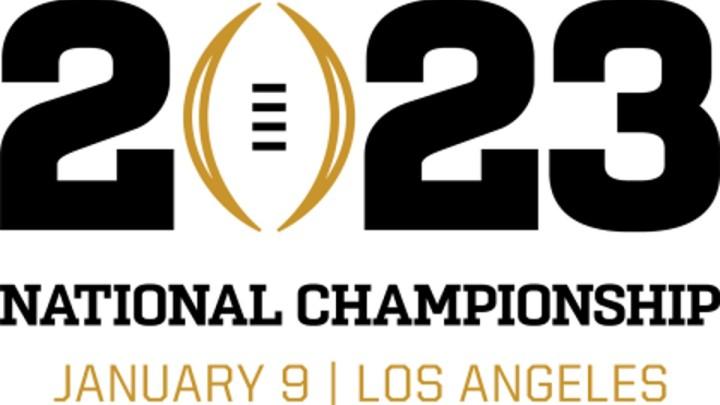 Georgia and TCU needed late-game heroics to advance in their respective semifinal games. Georgia comes into the championship on a 16-game winning streak, with their last loss coming on December 4, 2021. Georgia will look to win their second-straight national championship while TCU attempts to win its first title since 1938.

When is the 2023 National Championship?

The 2023 National Championship between Georgia and TCU will start at 7:30 p.m. ET on Monday, January 9. The game will be played at SoFi Stadium in Inglewood, California. The announcers will be Chris Fowler, Kirk Herbstreit, Holly Rowe, and Laura Rutledge. According to Fanduel, Georgia is favored by 12.5 points.

How to watch the 2023 National Championship

The easiest way to watch the 2023 National Championship game is on ESPN. If you are not watching on television through your cable package, watch on the ESPN app and ESPN.com. Access the app or website on your smartphone, tablet, laptop, connected TV, or video game console. Log in with your cable provider for full access.

Watch Georgia vs. TCU on ESPN

In addition to the main telecast on ESPN, there will be alternate broadcasts on ESPN’s linear and digital platforms as part of the ESPN Megacast.

How to stream the 2023 National Championship

2023 CFP National Championship: No. 3 TCU vs No. 1 Georgia KEYS TO WIN FOR EACH TEAM | CBS Sports HQ

Without a cable provider, there are other ways to watch Georgia face off against TCU. ESPN can be accessed on subscription live TV streaming services, such as Hulu + Live TV, YouTube TV, FuboTV, and Sling TV. Prices may vary depending on the service and package. Hulu + Live TV costs $70 per month and can be bundled with ESPN+ and Disney+. Sling TV offers Orange and Blue packages, which cost $40 per month each or $55 per month if combined. FuboTV, which ranges from $70 to $100 per month, and YouTube TV, which costs $65 per month, offer free trials so subscribers can try out the services before committing long-term.

The Georgia Bulldogs enter SoFi Stadium as the number-one-ranked team in the country with an undefeated 14-0 record. In their semifinal game, the Bulldogs overcame a 14-point deficit to win 42-21 over Ohio State. After a slow start, Stetson Bennett was masterful, completing 23 of 34 passes for 398 yards with three touchdowns and one interception. With a win on Monday night, the Bulldogs will have gone 28-1 over the past two seasons.

The TCU Horned Frogs come into the National Championship as the number-three-ranked team in the country with a record of 13-1. In their semifinal game, TCU outdueled Michigan 51-45 in one of the most entertaining games in the CFP’s history. After combining for 44 points in the third quarter, TCU’s 10 points in the fourth quarter were enough to hold on for the win. For TCU to pull off the monumental upset, quarterback Max Duggan and the offense will need their A-game again.