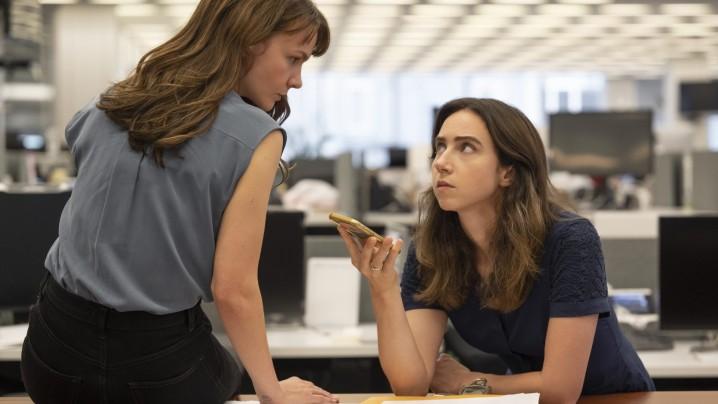 In 2017, the New York Times published a story that helped ignite the #MeToo social movement and led to the downfall of one of Hollywood’s most powerful figures. Journalists Jodi Kantor and Megan Twohey exposed the many crimes of producer Harvey Weinstein, who abused women for decades without punishment.

Everyone knows the outcome of the story, but few know what led Kantor and Twohey to investigate in the first place. That changed with the release of She Said, a movie starring Oscar nominee Carey Mulligan and Zoe Kazan that chronicles the methodical and often difficult investigation into Weinstein’s many crimes. The movie is set to hit streaming soon, but where can one watch it?

Where can you watch She Said?

After its short theatrical run, She Said is coming to a familiar streaming service: Peacock. Launched in 2020, Peacock is the home to NBC Universal and Comcast properties such as Universal Pictures, the Olympics, Bravo, and Saturday Night Live.

Peacock is the streaming home to popular NBC shows like The Office, This Is Us, Law & Order, and Brooklyn Nine-Nine. The service boasts many sports programs from the WWE, NFL, and Premier League as well. Peacock has also expanded its scripted and non-scripted original programming, including shows like Vampire Academy, Dr. Death, and a documentary about Casey Anthony. In addition, it’s home to blockbuster movies like Nope and modern rom-coms like Ticket to Paradise.

When does She Said stream for subscribers?

She Said is now streaming on Peacock.

Stream She Said on Peacock

There is no fee to sign up for the most basic level of Peacock, and there is no credit card required upon signing up. All that’s needed is an email address for users to access 10,000-plus hours of content for free. The free tier is very limiting in terms of content. If you would like to access more programs from Peacock, there are various paid tiers to explore.

Peacock Premium is the first paid tier on the streaming service, with access to over 80,000-plus hours of entertainment for a monthly price of $5, or $50 per year. This tier contains ads, but allows users to access new films and live events. If this tier is too restricting, users can upgrade to Peacock Premium Plus, which costs $10 per month, or $100 per year. Premium Plus includes everything from Premium, but contains no ads and allows users to download and watch programs offline.

Is She Said worth watching?

One of the most acclaimed movies of 2022, She Said is an engrossing drama, even if some of the details revealed about the real-life cases can be tough to digest. As the two lead journalists, Mulligan and Kazan excel at showcasing the compassion and intelligence that helped fuel the investigation.

On Rotten Tomatoes, She Said sits at 87% on the Tomatometer and registers a 91% audience score.