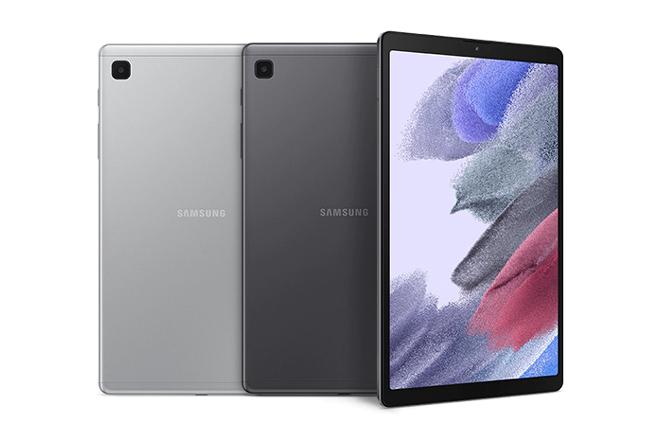 If you missed out on a lot of the great end-of-year deals from last month, you’re in luck because Best Buy is having an amazing three-day flash sale on everything from tablets to gaming laptops. Of course, there are quite a lot of deals to go through, which is why we’ve collected some of the best deals from Best Buy to cut out all the extra work. So, let’s take a look at what’s available and if you can pick up something new at a great price.

If you’re looking for great budget tablet deals, the Galaxy Tab A7 Lite gives you a great tablet experience without costing an arm and a leg. At 8.7 inches, it’s big enough to watch shows and movies, browse online, and easily access all your social media. While the 32GB of storage isn’t massive, it should be more than enough for most folks, and you could always grab one of several cloud storage solutions to help supplement that. The Tab A7 Lite also comes with 3GB of RAM, which should be more than enough for basic day-to-day use. Similarly, the MediaTek MT8768T processor is an entry-level one, so if you want something with a bit more oomph, check out some of the other  Samsung Galaxy Tab deals.

Tablets are great for portability and ease of use, but if you’re willing to go with a budget laptop, you also get a lot of added functionality. Take this ASUS 14.0-inch laptop; it has a 14-inch display that gives you much more screen space for getting work done. You also get an entry-level Intel Celeron N4020 processor and 4GB of RAM, which is better than the tablet, although we would have liked to see a bit more RAM. As for the 64GB of storage, that can be supplemented with one of these external hard drive deals. Overall, while it’s nothing fancy, it’s one of the better laptop deals if you want a budget-friendly laptop to get work done and for day-to-day use. The fact that it’s small and lightweight means you aren’t carrying much more weight than a tablet.

With the world still reeling from Covid, there’s no better time to start getting fit, and while it’s slightly on the pricey side, the Fitbit Sense 2 is a great fitness companion. It has a host of sensors, from heart rate tracking to tracking footsteps; it can even detect atrial fibrillation, although that isn’t meant to be used as a complete diagnostic tool. It also works great as a companion to a phone, with the ability to check and answer calls and messages. There are also a few extra features, such as a daily readiness score, sleep profile, and so forth, although, unfortunately, that’s locked behind a Fitbit Premium Subscription, which will run you either $10 or $80 a year. Luckily, the watch comes with six months of subscription, so you can try it out before taking the leap.

When the Xbox Series S first came out, it was admittedly a little bit lackluster, and folks weren’t sure where it sat in terms of performance. Thankfully, since then, developers have discovered the best ways to take advantage of the hardware in the Series S, and we now know that it’s excellent for FHD gaming, which many folks are still working with. When playing on 1080p, you’ll hardly notice the difference between the Series S and the Series X, especially with more stylized games like Ori and the Will of the Wisps. So, if you’re still running an FHD screen or monitor, the Series S is the perfect console to pick up if you want to save some cash; be aware that it’s digital-only, so you can’t use any discs.

Great TV deals don’t come by often, especially if you want a fully-featured 4K TV. Luckily, the Insignia F30 Series is going for nearly half off, and it’s jam-packed with features and the Fire TV smart tv platform, which gives you access to almost any app you want to download. Not only that, but you’re getting HDR10 thrown into the bargain, as well as DTS Studio Sound, a premium sound enhancement suit that is a good alternative if you haven’t grabbed any soundbar deals yet. Of course, if you aren’t in the Amazon ecosystem, the Insignia F30 series supports Apple AirPlay and Miracast, so you can still control the TV from your phone. Not only that, but if you’re a new subscriber, you get 30 days of Fubo TV free, as well as a four-month free trial of Amazon Music Unlimited, and if you’re a new or returning subscriber, you also get free Apple TV+ for three months, so this is a fantastic deal.

There are many great Chromebook deals out there, but if you want something that balances cost with performance excellently, then this HP 2-in-1 is the Chromebook to go for. While the Intel Celeron N4500 and 4GB of RAM aren’t going to wow anybody, they’re pretty well suited to running ChromeOS rather than Windows. What’s even better is that you rarely see a convertible laptop at this price range, so you get a lot of versatility for bargain-bin prices, which we appreciate. The only downside is that you get 64GB of storage, which can always be supplemented with an external hard drive or cloud storage, so that’s not a big issue. The HP 2-in-1 also has a surprisingly good battery life and a great typing experience, so it’s perfect if you need it for work or study.

For a long time, gaming laptops were both cumbersome and incredibly expensive, and if you’re going for something high-end like the ASUS ROG lineup, it’s still a bit of a pain to work with. Luckily, ASUS recently released their new lineup of TUF gaming laptops – budget-oriented laptops that still pack a lot of great hardware under the hood. For example, you get a mid-range 11th-Gen core i5 and 8GB of RAM, giving you a reasonably smooth experience whether gaming or general use. It also comes with an RTX 3050, and while that’s still a mobile-specific, entry-level GPU, it can still run AAA games with lower graphical settings. That said, the FHD monitor can hit 144Hz refresh rate, so if you’re more interested in CS:GO and League of Legends, you can get the higher FPS needed to play those games at a semi-competitive level, making this one of the best gaming laptop deals if you want a balanced and versatile laptop.

Pre-builts are a great way to go if you aren’t sure how to build a PC from scratch or simply don’t have the time. Take this iBUYPOWER SlateMR, for example; it runs a 12th-Gen i5 and 8GBs of RAM, the latter of which should be relatively easy to upgrade for even better performance. In terms of gaming, you get an RTX 3050, which is slightly underpowered for a desktop, but it’s a good starting point and allows you to upgrade in the future if you want something a bit better. You also get 500GBs of storage, which is a good starting point for future upgrading. If that wasn’t enough, iBUYPOWER throws in a mouse and keyboard, although, if we were you, we’d look at some nicer wireless mouse deals and gaming keyboard deals. Overall, the iBUYPOWER SlateMR is a good starting point if you’re getting into gaming PCs, although it’s worth checking out some other gaming PC deals for more choices.

If you want a powerful gaming laptop, the Asus ROG Zephyrus G14 is tiny and has some impressive specs to boot. For starters, you get the powerful AMD Ryzen 9 6900HS, which is easily one of the most powerful and most efficient CPUs on the market, meaning you can easily knock most CPU-heavy tasks out of the park, and you can even stream to Twitch or YouTube as you play. As for GPU, you get an AMD Radeon RX 6700S, roughly equivalent to an RTX 3070, so you can run many modern games with good graphical settings. We’re also impressed with the 16GB DDR5 Memory, the fastest on the market, and the 120Hz screen that runs at a 2560 x 1600 resolution. So while it’s still a bit on the expensive side, it’s one of the most powerful tiny gaming laptops on the market.

If you want a high-end TV experience, you can’t go wrong with the LG Class B2 Series, especially since it’s not only 4k, but the panel is OLED, so you get incredibly crisp images. LG also throws in a 4K AI upscaler so you can watch your older content in high resolution, and the TV even supports HDR10 and HLG, the latter of which is what broadcasters use. There are also some great specs for gamers since it has a 120Hz refresh rate so that you can play with either the PS5, Xbox Series X, or gaming PC with a high framerate. The high framerates also help those who like action-packed content, so this isn’t just a great gaming feature. Finally, the LG B2 Series has integrations for Amazon Alexa, Google Assistant, and Apple HomeKit. Given the price, all the above makes it one of the best OLED TV deals on the market.