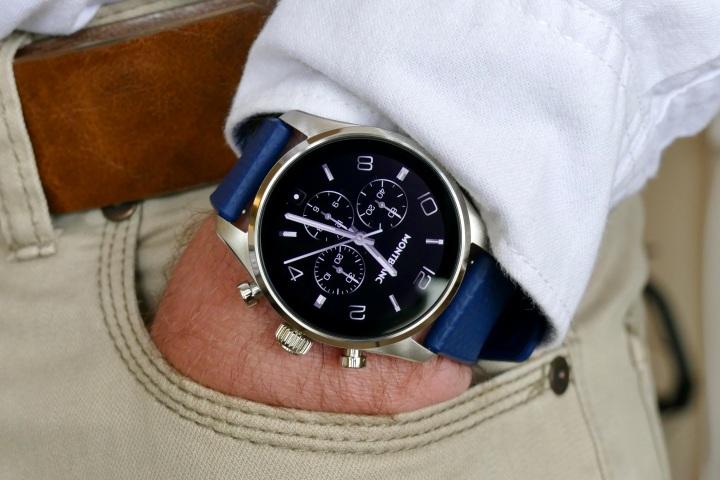 Disappointment is an emotion familiar to anyone with an interest in smartwatches that aren’t made by Apple or Samsung, and that all-too-common sinking feeling brought on by an opportunity missed has been present at CES 2023. It’s not that we didn’t welcome a handful of attractive smartwatches; we seem stuck in time, where the envelope remains steadfastly unpushed. Most frustratingly, it’s not because the tech isn’t out there, waiting for us.

Where is the Snapdragon W5+ Gen 1?

You expected me to complain about Wear OS 3, didn’t you? For once, it’s not the biggest disappointment. Instead, that dubious honor goes to Qualcomm and the absolute disappearance of the Snapdragon W5 Gen 1 and W5+ Gen 1 processors. The chips were announced in July 2022 and showed massive improvements over the aging Snapdragon Wear 4100 platform chips, promising faster performance, more efficiency, and enabling smaller smartwatch designs.

Good software is only part of the smartwatch puzzle, and a next-generation processor is as important to reinvigorating Android wearables as Google’s Wear OS 3. There are multiple companies that really know how to design a great smartwatch, as Montblanc proved with the lovely Summit 3 and Tag Heuer with the Connected Calibre E4, but they can only get so far without a strong chip and reliable software. In mid- 2022 it seemed, for a moment at least, all the right ingredients were there on the table, ready to be used.

It’s now January 2023, and the ingredients are still on the table, going a bit moldy. The China-only Oppo Watch 3 picked up the Snapdragon W5 Gen 1, paired with proprietary software, and the rumored Mobvoi TicWatch Pro with a W5+ Gen 1 chip is still just that, a rumor, despite it supposedly coming in the fall. Instead, manufacturers are still churning out watches with chips from 2020 inside, and that’s simply not enticing anymore.

Maybe I’m being impatient. Perhaps seven months isn’t long enough for a newly announced chip to make it into a product I can buy. It’s possible, but I’ve already used a great smartphone with the Snapdragon 8 Gen 2 processor in it, and that chip was announced in November 2022.

If the Snapdragon Wear W5+ Gen 1 isn’t here to power smartwatches with Google’s Wear OS 3, what’s being used instead? Citizen brought the most interesting smartwatches to CES 2023: the CZ Smart Sport and CZ Smart Casual. They look good, have Wear OS 3 installed, and come with an unusual app that may add to the wellness experience. But power is still being delivered by a Snapdragon 4100+ chip. Fossil showed off the already-announced Diesel Griffed Gen 6, a Wear OS 3 smartwatch based on Fossil’s Gen 6 platform, and it also has the Snapdragon 4100+ chip powering it.

It’s ridiculous. The Snapdragon 4100+ was announced in June 2020, and we’re talking about brand-new products using it at the beginning of 2023, despite a replacement from Qualcomm being announced and touted as hugely superior. It makes me not care about the Snapdragon 4100+, and I don’t think I’m wrong to do so. Wear OS 3 has been its own worst enemy since release, but now it’s being held back by old processors. The worst thing is, we’ve seen all this before.

The Citizen CZ Smart Sport looks great, but it costs around $400. Yes, it has the latest software, but the chip isn’t anywhere near the latest version. Spending that much on a smartwatch that still doesn’t represent the best-of-the-best tech and software seems misguided. Is it wrong to expect the latest software and the latest processor? Wear OS 3 is slowly becoming more common, which is welcome, but it’s still only half of what we deserve.

All the time, Apple and Samsung are laughing

In its CES 2023 announcement, Google claims that since Wear OS 3 launched in 2021 (yes, it really was that long ago), there have been “three times as many active Wear OS smartwatches around the world.” If it’s only talking about Wear OS 3 and not Wear OS 2 models, which many manufacturers have continued to release, then all these new smartwatches must have been made by Samsung. It has been the only game in town for Wear OS 3 since the beginning. Even Google’s effort to compete isn’t worth your time.

Samsung isn’t the only smartwatch maker that’s watching with glee as the rest flounder, trying to deliver a true next-generation product. Apple released three Apple Watch models in late 2022, including the absolutely fantastic Apple Watch Ultra. Alongside the Galaxy Watch 5, an Apple Watch — any of them — is the default choice for anyone wanting a smartwatch at the moment, depending on your choice of smartphone. Why bother with another model when it’s lumbered with an old chip inside, knowing there is another, better processor that isn’t being used?

CES 2023 could have been a winner for wearables, but instead, it has been another depressing disappointment. If you waited to see what would be announced before buying a new smartwatch, just do what you probably put off in the first place: Head over to Apple or Samsung’s store and pick up what are still the only sensible smartwatch purchases to make.