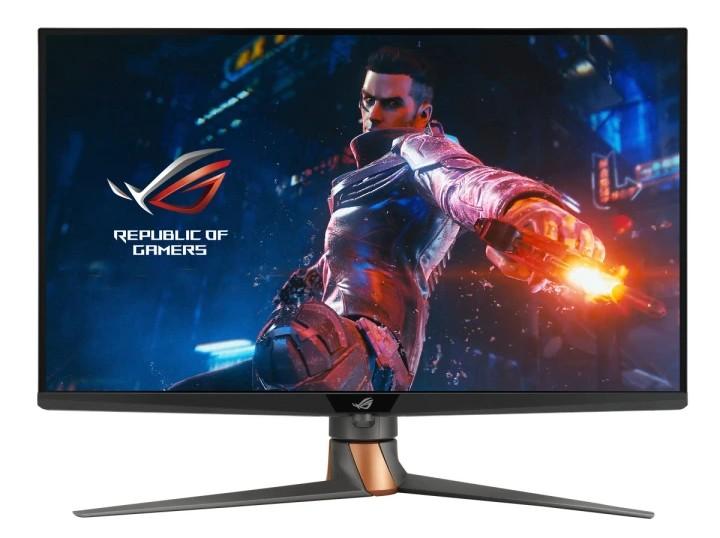 Creating waves and competing against the best gaming monitors at CES 2023 is what Asus seems to be focusing on this year. First, it showcased the absolutely bonkers do-I-really-need-it-yes-just-because 540Hz ROG Swift Pro PG248QP — its highest refresh rate monitor yet.

Following that is the relatively more sedate Asus ROG Swift PG32UQXR — it rocks 160Hz instead, which is still very nice, but where it shines (literally and figuratively) is its 3840 x 2160 resolution on mini-LEDs. The ROG Swift PG248QP settles for an esports TN (E-TN) panel and comes in smaller as well, at 24-inches versus 32-inches for the PG32UQXR.

Asus states that the PG32UQXR has 576 separate mini-LED backlighting zones, pushing a max brightness of 1,000 nits, while being in accordance with (but not officially certified to) VESA DisplayHDR 1000 standards. For creatives, the monitor has a strong 95% DCI-P3 and 10-bit color depth with <2 Delta E color deviation.

The other standout feature of the Asus ROG Swift PG32UQXR is it has two DisplayPort 2.1 ports for peak bandwidth of almost 80Gbps each. There is still debate as to whether average users can tell the difference between visually lossless tech like Display Stream Compression (DSC) found on DP 1.4 versus non-compressed DP 2.1, but the latter monitor is future-proofed to cater to higher bandwidth GPUs. The monitor also has a USB hub, but there are no details on the specs on that.

No pricing or availability has been announced yet either, but we can expect that to come over the next few months.