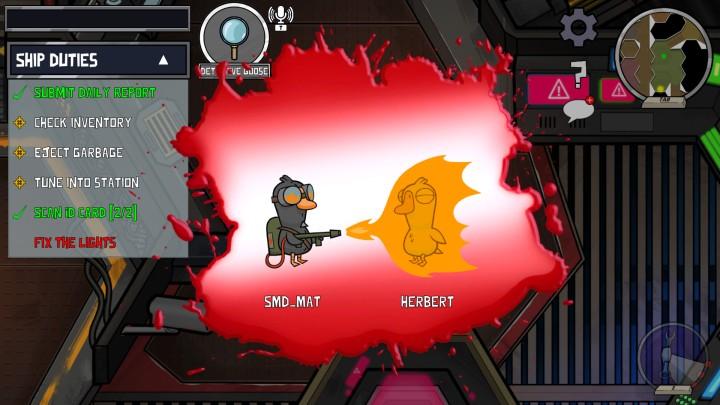 The latest indie viral success on Steam is Goose Goose Duck, a free-to-play Among Us clone about geese trying to avoid being murdered by a couple of ducks in their midst. At the time of this writing, over 457,000 people were playing the game on Steam.

As was the case with Among Us, Goose Goose Duck‘s viral success comes a while after launching, as Gaggle Studios’ title first launched in 2021. V, a member of South Korean boy band BTS, started playing Goose Goose Duck late last year, and its player base has skyrocketed as the game caught on in Korea, China, and now, the U.S. Following a long string of games like Fall Guys: Ultimate Knockout, Among Us, and Wordle, it looks like Goose Goose Duck is gaming’s next viral hit.

But is it any good?

On the surface, Goose Goose Duck is a pretty blatant Among Us clone. It’s a social deduction game where players must complete tasks around a map while some other players are actually trying to kill those other players but blend in well enough not to be voted out. I played a couple of matches after hearing about its virality, and while it’s a good time, the only things that really stand out about it over Among Us to me is how players draft subroles ahead of every match to get unique abilities and the mode variety.

Still, as a free-to-play Steam game with over seven maps and even more modes for those looking for something a little more different than Among Us, I can see how this game could go viral after a well-known celebrity frequently streams it. Plus, Untitled Goose Game had already demonstrated that you could never go wrong with putting geese front and center of your game.

Now, we’ll just have to see if Goose Goose Duck continues to grow in popularity outside of Asi,a or if it’s just the earliest gaming fad of 2023. Still, don’t be surprised to see Goose Goose Duck more and more in the coming weeks.