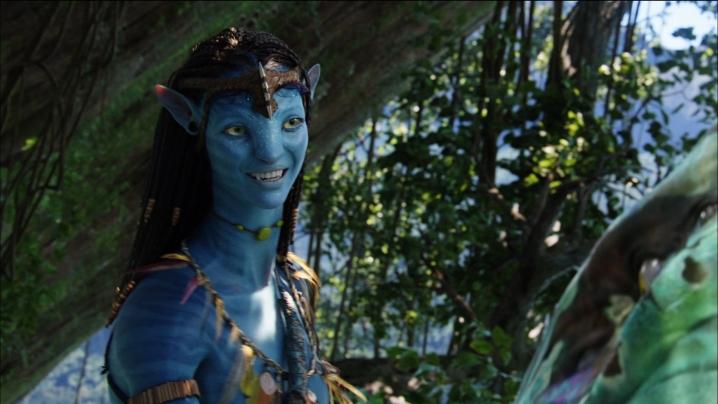 With every day that passes, Avatar: The Way of Water continues to prove that the first Avatar had more staying power than most people thought. The movie is making quite a bit of money, and it’s also been pretty warmly received by both critics and the general public.

While the movie’s incredible effects definitely take center stage, The Way of Water also has a number of memorable characters, some of which are introduced for the first time in this movie. At over three hours long, The Way of Water has plenty of time for multiple characters to get full arcs, but these were the seven best characters, either new or returning, to show up in the film.

Zoe Saldaña may be the best actor at navigating the motion capture that James Cameron relies on in the Avatar universe, and Neytiri remains a fierce warrior in this sequel. While the first movie very much centers on her relationship with Jake, though, she gets a little bit less to do in the sequel, which is most interested in Jake’s relationship with his children.

Even so, Neytiri remains incredibly vibrant, and Cameron also introduces some shades of gray to her character. Neytiri doesn’t believe that Spider and other humans should mix with N’avi, and she seems ready to kill Spider if it means saving her own child. Hopefully, future installments will delve even deeper into the moral ambiguities around her character.

Tuk is not the most important Sully child, but she is definitely the cutest. What earns her a spot on this list, though, is that she genuinely seems like a kid. When Lo’ak gets her into danger, she seems much more worried about how their parents will react than she is about the actual danger of the situation she’s in. When she arrives in the Metkayina village, she bounces all the way to her tent.

Tuk is a child, and she acts like one! She’s super cute, and she’s also the character most in need of protection from those around her. As the movies continue to depict the growth of the Sully family, Tuk could become someone more complicated or interesting. For now, though, she’s great as nothing more than a kid doing kid things.

Kate Winslet is one of the best living actresses, and she’s so good as Ronal that it’s easy to miss completely the fact that she’s in the movie at all. As Ronal, though, she becomes the most forceful presence in the Metkayina camp, and also the character through which we come to understand the deep connection this tribe feels with the tulkun.

Winslet is fierce and determined, especially as she comes to understand the exact nature of the threat posed by the humans who have invaded her home world. It’s unclear how much more of Ronal we’ll see, given that Winslet has said that her time shooting the movie was relatively short, but we’ll treasure every second we get with the character.

The angry, rebellious younger son of Jake and Neytiri, Lo’ak is clearly being set up for a bigger role in the story of Avatar moving forward. Even in this movie, though, we begin to see the way he has been a disappointment to his father because of his short temper and impulsive decisions.

What makes The Way of Water so satisfying, though, is the way that Lo’ak evolves over the course of the movie, forming a close bond with Payakan and eventually saving his own father during the movie’s climax. Lo’ak becomes something of a hero, even if he still has more room to grow in subsequent movies. He was never the bad child his dad made him out to be, though. What Jake learns is that, while Lo’ak may be young, both he and his son still have plenty to learn.

One of the boldest swings that The Way of Water makes is in bringing back an avatar version of Colonel Quaritch, the evil military commander who served as a villain in the first movie. That Quaritch was killed, but this avatar version of the characters shares almost all of the same memories.

What makes this version of Quaritch so fascinating, though, is all the ways he is unlike his human counterpart. He may start the movie with the swagger that his human counterpart had, but as he learns more and more about the ways of the N’avi, and begins to appreciate the planet’s beauty, it’s clear that he begins to feel conflicted about his entire mission, even if he isn’t yet ready to admit that to himself.

Yeah, the number 2 spot on this list is reserved for a whale, but to be fair, it’s a really cool whale. Payakan is a former member of the tulkun who has been banished from his tribe for attempting to lead an uprising against the humans who have taken to hunting them for sport. Because the tulkun believe in complete nonviolence, Payakan was sentenced to living his life completely separate from the rest of his tribe.

He may not have all the facial features of a N’avi, but over the course of The Way of Water, it becomes very easy to sympathize with his story. He wanted to save his people from the attacks they were under, and he’s ultimately vindicated in the movie’s climax when he gets the immense satisfaction of launching a counterassault against the humans who have been ravaging his kind for years.

The biggest chance that James Cameron took in The Way of Water was casting Sigourney Weaver, an actress well into her 70s, as a 14-year-old girl. Through the magic of CGI, though, it worked like a charm, and turned Kiri into the most fascinating character in the entire movie. A mysterious child of Grace Augustine’s avatar body, Kiri has a special connection with Eywa that she’s only beginning to fully comprehend.

Kiri’s role in subsequent films could be even cooler than what she does here, but already we understand her to be a young girl meant for big things who is not fully understood by the family that took her in. Kiri saves her mother and sister in the film’s climax, and we have a feeling she’s just getting started.