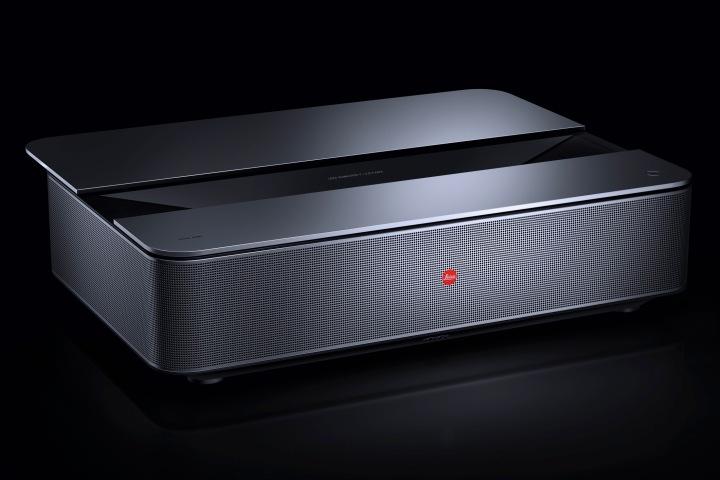 Legendary German photography company Leica Camera has debuted its first Laser TV at CES 2023. The Leica Cine 1 is a 4K, triple-laser ultra short throw (UST) projector made in partnership with Hisense.  It will be available in both 100-inch and 120-inch versions with prices starting at $8,295 when it hits the U.S. market in the third quarter of 2023. Leica plans to sell the Cine 1 in Europe in the spring.

Though the laser guts of the Cine 1 will be built by Hisense, Leica says it’s adding its own distinct touches to the Laser TV to ensure it delivers on people’s expectations of the Leica brand. This includes a Leica-engineered Summicron lens that has been matched to the projector’s image size, as well as Leica’s own image processing (Leica Image Optimization, or LIO) to optimize picture quality with special algorithms.

It should present a very bright, colorful image: Leica claims a 2,500-lumen brightness for both models and a greater than 100% coverage of the BT.2020 color space. Leica hasn’t indicated which HDR formats, if any, it will support, but it’s worth noting that Hisense’s flagship models work with HDR10 and Dolby Vision.

Leica also highlighted the Cine 1’s classy, aluminum-wrapped chassis, which features small perforations, for better ventilation,and so you can hear the included two-speaker, 50-watt “high-performance” Dolby Atmos sound system. The projector also has a clever, automatic sliding dust cover to protect that Leica lens when the unit isn’t being used.

We don’t often hear manufacturers discuss non-picture quality-related matters when it comes to UST projectors, but Leica is specifically pointing out that its Cine 1 is not only more energy efficient than an OLED TV of comparable size, but that it may also be better for your eyes. “The projected image of the Leica Cine 1 is considerably less fatiguing for the eyes than conventional TV displays,” an emailed press release said, “allowing for longer home cinema nights.”

Much like Hisense’s recently announced Laser TVs, the Cine 1 is powered by Google TV’s smart TV platform and has a built-in ATSC 1.0 tuner for over-the-air broadcasts. It will have two HDMI 2.1 ports (one with HDMI ARC/eARC) and a single HDMI 2.0 port for connecting your collection of set-top boxes, Blu-ray players, or streaming media devices. There are also two USB ports (1 x USB 2.0, 1 x USB 3.0).

Will the Cine 1 perform better than the equivalent model from Hisense, which we believe is the L9H? We don’t yet know the L9H price, but its predecessor, the L9G goes for $5,500. That sets the bar very high if Leica wants to justify its considerably higher price.