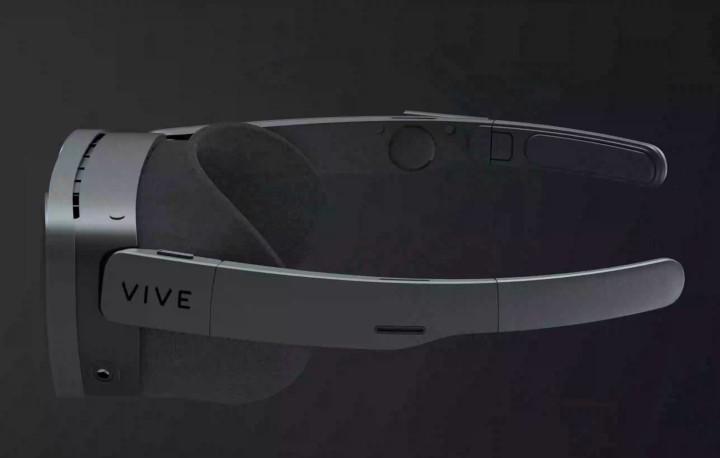 The Vive XR Elite has one seriously cool party trick.

Debuted at CES 2023, the latest headset from HTC is its first attempt at combining a high-end VR headset with AR technology. But more than that, within seconds, it can convert from a strapped-on headset to its much lighter glasses form. Just remove the battery cradle that straps to the back of your head, and you’re left with a pair of lightweight XR glasses that weighs just 0.53 pounds.

But beyond that admittedly cool feature, it’s not hard not to size up the Vive XR Elite to the Meta Quest Pro — even if HTC wouldn’t welcome the comparison. Like the Quest Pro, the Vive Xr Elite can do fully immersive VR, as well as mixed-reality experiences using full-color passthrough. Many of the specs line up, as does its $1,000+ price tag (though the Vive XR Elite is notably $500 cheaper).

That might make the average onlooker roll their eyes. There’s never been so much interest in the metaverse, but the leading evangelist of the concept, Meta, has turned many off from the idea as a whole.

But unlike Meta, HTC seems to know its audience a bit better. HTC says the Vive XR Elite is designed first and foremost for experiencing content, whether it’s games or other forms of media. Yes, you can do work on the virtual screens or replace a video call with an immersive meeting room — but that’s not the focus here necessarily.

Instead, the heart of the Vive XR Elite seems to be the ultimate do-it-all headset. The VR capabilities are top-notch, for starters. It borrows a lot of the tech from the Vive Focus 3, which was launched in 2021. That includes the two 90Hz 2K screens, both using special pancake lenses and custom-tuned LCD panels. It has a 110-degree field of view, almost matching the 120 degrees of the Vive Focus 3.

The tracking capabilities have been ported over from the Vive Focus 3 too, including the four wide field of view cameras, the six DoF (degrees of freedom) controllers, and hand-tracking in both VR and XR. It even uses the same Vive Focus 3 controllers.

Also like the Vive Focus 3, the Vive XR Elite can do PC-driven VR either wired or wireless, as well as stand-alone, thanks to the Snapdragon XR2 chip inside. According to HTC, the hope is to give you access to the largest possible libraries of content, whether through platforms like its own Viverse or SteamVR.

With all that shared DNA with the Vive Focus 3, though, you might be wondering what makes the Vive XR Elite so special. Well, first of all, it only weighs 1.38 pounds (625 grams), down from the 1.73 pounds of the Vive Focus 3. That makes it significantly lighter than the Quest Pro as well. And, of course, once the battery cradle is removed, you get it down to just 0.53 pounds, much closer to the 0.42 pounds of the Vive Flow.

HTC doesn’t recommend you play active action games in this mode, especially since you’ll need to be connected to a power source. But for a seated experience, it sounds like as comfortable a VR experience as you’ll find.

One other feature taken from the Vive Flow is the diopter dial, which lets you go glasses-free. You can adjust the interpupillary distance to shift tighter range and adjust it to a comfortable range.

All that aside, as the name suggests, the Vive XR Elite’s headline feature is its ability to power mixed-reality experiences. It has full RGB passthrough cameras and a laser depth sensor to let you see the real world with virtual elements placed on top. HTC has a lot to prove on this front, not just from a technology standpoint, but also from in terms of content.

One of the biggest missing features is eye and face tracking. HTC says it doesn’t think it’s currently necessary, but it was a big part of Meta’s marketing for the Quest Pro. HTC has only announced a single bundle for $1,099, which comes with five applications for free, including both VR and MR experiences in games, fitness, music, and more. This initial bundle will be available in late February, and more bundles and configurations may be announced later.