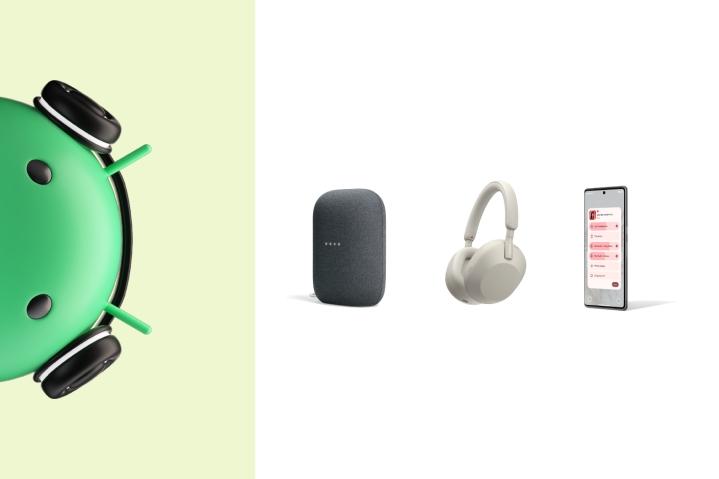 Android 13 launched last year, but Google is far from done working on it. A new feature announced at CES 2023 makes playing audio from Android devices on Bluetooth speakers easier than ever. Dubbed “uninterrupted listening,” the feature aims to make transitioning from listening to audio content on your phone to other devices seamless and intuitive.

Uninterrupted listening gives users notifications on their phones when they get close to an audio device. As you go through your home, you might want to start listening to a song or podcast on another device (like your smart speaker or TV) based on your proximity to them. Listening to a song on your Pixel Buds Pro but walking into the kitchen near your Nest Audio? You’d get a notification prompting you to instantly transfer the audio from your earbuds to the speaker.

Essentially, it’s meant to reduce the time spent sifting through and switching between the different apps associated with all your Bluetooth audio gadgets by providing a quick way to connect with the devices straight from your lock screen. With the sheer number of Android devices out in the world, uninterrupted listening aims to connect them with their supported accessories more easily by streamlining the connection process.

Android 13 did a lot to revamp the Android media player, and the new feature does its fair share to help make it feel like a significant improvement over past iterations of Android software. Google has worked at improving Android devices’ Bluetooth capabilities for years, and this is a solid next step.

Google hasn’t said exactly when uninterrupted listening will be rolling out to the public other than saying that users can expect it sometime later this year. Given how early it is in 2023, that keeps things extremely vague. We do know that uninterrupted listening will work with Spotify and YouTube Music from the get-go, and likely with other music services to follow later on.

Luckily, this is a quality-of-life feature and not an essential piece of Android 13 that was missing at launch, so it seems unlikely that anyone will be missing it while they wait for the update. Regardless of when it launches, however, the feature will be a free update to all Android device owners, the same as all other Android 13 updates.