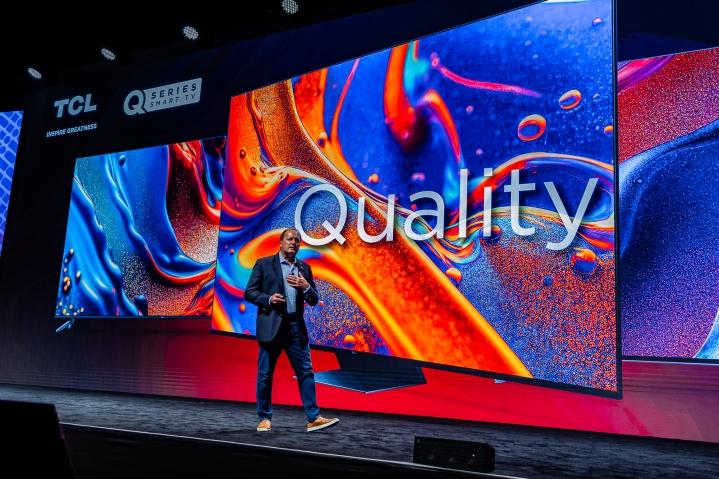 One of the biggest stories of CES 2023 isn’t on the show floor at the Las Vegas Convention Center. It’s not the hottest new gadget or even a bigger, better TV. It’s not a Sony car. It’s not faster. It’s not smaller.

No, the biggest news of CES 2023 may well come down to a logo. Specifically, the Roku logo adorning the front of new Roku-branded Roku TVs. That phrase sounds a little odd, of course. But the simple fact is that while “Roku TV” may well be the name for a television that’s powered by the Roku operating system — and three out of four new TVs sold in North America have been of that nature for a number of years now — the televisions themselves have always been made by another company.

TCL is the big name on that front. And it’s done very well in that sweet spot — affordable TVs that do what they need to do without overcomplicating things. You can get a large set for a reasonable amount of money, and they’re easy to use. They’re not for everyone — if you’re the sort who demands the latest and greatest in a new TV, you’re going to look elsewhere, like Samsung or Sony. But they’re designed and sold for anyone. The simple fact is you can buy a good TCL Roku TV for a reasonable amount of money and be plenty happy with it.

TCL made the TV. Roku made the operating system. And the two companies work together a little (OK, a lot) to make things work.

That sort of symbiotic relationship always requires give-and-take, though, and that brings us to where we are now. Roku is going to make its own TVs. Only it’s not. By “make,” we mean control the overall process, from design to features to tuning the way things look. The manufacturing will still be up to someone else. That’s not unusual, and it’s exactly what Amazon, for instance, is doing with the Amazon Fire TV Omni Series. Amazon “makes” it, but TCL manufactures it.

Where things get really interesting — or, rather, where they’ll potentially get really interesting — is what it means for the future of Roku’s partnerships with the companies that have traditionally manufactured Roku TVs until now. TCL is one of the biggest, but it’s far from the only partner that makes Roku TVs, in countries all across the globe.

Roku hasn’t actually shown off the new Roku-branded Roku TVs yet. At least not publicly. (And should we call them Roku Roku TVs? Perhaps not.) So we don’t yet know just how close they’ll compete with the likes of the hotness from TCL. A lot goes into that equation, too. Will these new Roku TVs only be sold by Roku? Or be exclusive to some other retailer? And will they be positioned to go head-to-head with the top-shelf sets from all those existing partnerships? And who, exactly, will be manufacturing these sets?

“I don’t think that they’re necessarily going to be third-tier TVs that we’re used to seeing from brands like Insignia, or Toshiba,” opined our own Caleb Denison. “I think they’re going to be on the same level that we’ve seen from Hisense or TCL. To what degree? That remains to be seen.”

Is all of this going to blow up in Roku’s face? Or put the company in an even better position?

With all due respect to the companies that have put out actual products here in Las Vegas, the future of Roku and its partnerships have sparked interesting questions coming out of the early days of CES 2023. And as of right now, they’re unanswerable.

We’ll start to clear the fog later this year when we start to get those TVs in for testing. But for now, we’re getting the popcorn ready.