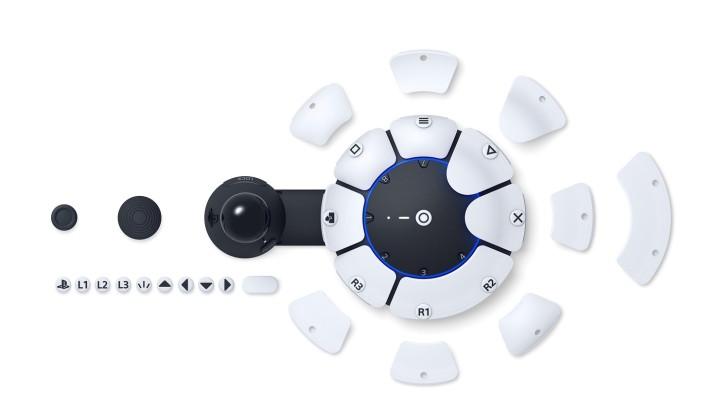 The new comes from Sony’s CES 2023 keynote, which featured several gaming announcements. The company put an emphasis on innovation at the show, revealing additional details about the PlayStation VR2 and more. Project Leonardo came as an unexpected surprise, though.

PlayStation President Jim Ryan took the stage to reveal the controller, which was created with support from accessibility organizations like AbleGamers. It’s a circular pad almost resembling a steel drum with large buttons surrounding a black center panel. What appears to be a black joystick protrudes from one side of the device. Text on the bottom of the stick module seems to indicate that players can “lock” the device in place.

Sony calls the device “highly customizable,” with swappable parts. One image of the controller shows several button labels that can be swapped in, as well as button panels. Ryan notes that players can use two controllers at once or paired with a DualSense. It features four 3.5mm AUX ports to allow players to connect it to other devices as needed.

Leonardo features a black-and-white color palette that mirrors the PlayStation 5 and its DualSense controller. It’s not clear if the controller will only be compatible with the PS5, or if it’ll also work with PS4 and Sony’s PC games.

A blog post on PlayStation’s website goes into more detail on how the controller will work. It’ll interface with software that allows players to map buttons to their liking. For instance, a player could map one button to press L2 and R2 at the same time. Players can store up to three profiles at a time.

Details on its launch window and price are currently unknown, as the device appears to be early in development. Sony says its currently gathering feedback from its community as it develops the device.