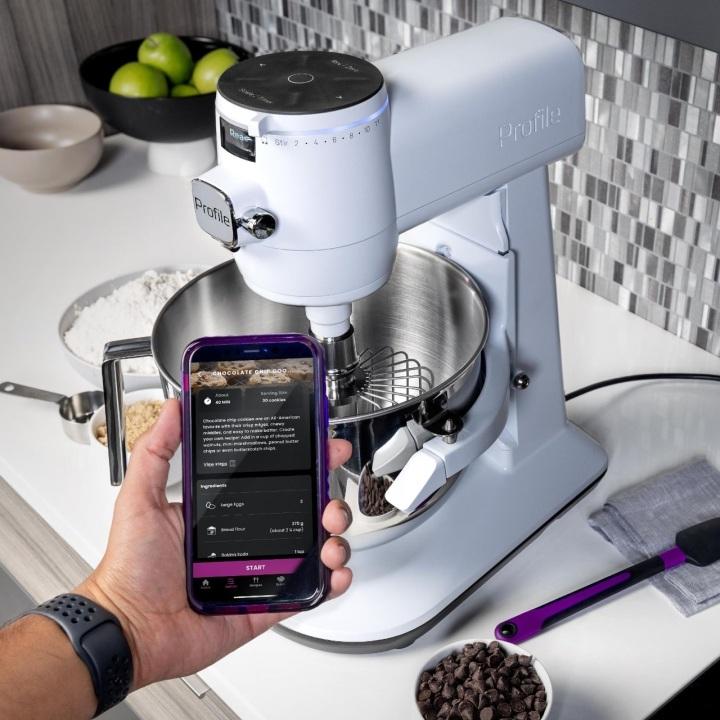 Smart home appliances are out in force at CES 2023, but few seem to be as intelligent as the GE Profile Smart Mixer with Auto Sense. Designed to make the mixing process as simple as possible, the sleek gadget uses a built-in scale, viscosity measurements, and voice controls to streamline your time in the kitchen. It was also named a CES Innovations Awards Honoree in the Home Appliance category.

The built-in scale is the feature that expert and amateur bakers will most appreciate, as it allows you to add ingredients directly to the mixer without dirtying another bowl. Once you’ve added your ingredients, you can snap on any number of mixing attachments via a simple, one-touch system that allows for fast connections.

As for the actual mixing process, the GE Profile Smart Mixer will mix everything together and automatically stop after detecting the optimal viscosity (based on motor torque feedback). Toss in voice controls (along with Alexa and Google Home support), a brushless motor for lower running temperatures, continuous support through the GE Profile Connect+ update system, notification lights, and access to the SmartHQ app that offers dozens of guided recipes, and it’s clear GE is gunning for a spot on your kitchen counter.

The GE Profile Smart Mixer retails for $1,000 and is shaping up to be stiff competition for the premium stand mixers from KitchenAid — which have long dominated the market. At launch, Crate & Barrel will be the exclusive carrier of the Smart Mixer, with black, white, and silver models currently up for grabs. We expect other retailers to follow at a later date, although future plans have not been announced by GE.

Just getting started in the kitchen? Take a look at our roundup of the best smart kitchen gadgets for beginners.