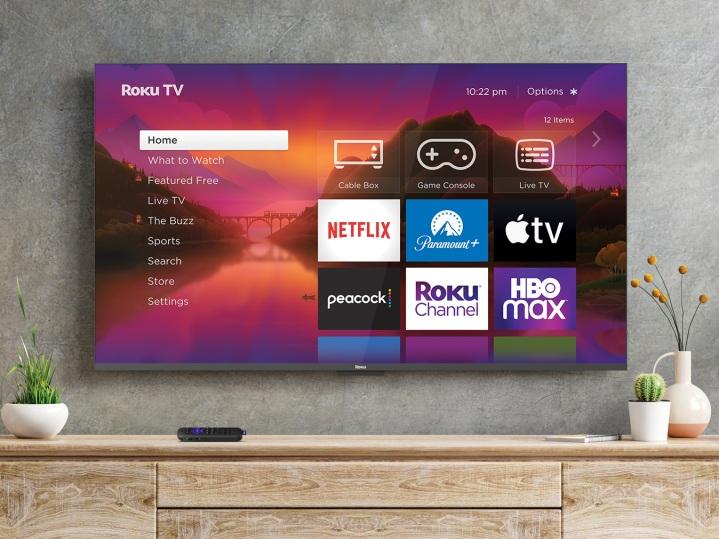 Your next Roku TV may well say Roku on the front. After years of leading the smart TV industry by licensing its operating system to other manufacturers, Roku announced its own Roku Select and Roku Plus Series televisions — the first to bear the Roku name from front to back — today at CES 2023.

While the names are slightly confusing, the gist is this: There are 11 models spanning from 24 to 75 inches. The Select lineup will top out at 1080p resolution and include a basic Roku Voice Remote, while the Plus Series will sport 4K resolution panels and include the Roku Voice Remote Pro, which is rechargeable. Prices start at $119 on the low end and and top out at $999.

The new Roku-branded TVs will be available in the spring.

They do not, however, spell the end of Roku’s relationship with other manufacturers.

“Over the past 20 years, Roku has been instrumental in what is now the mainstream way to enjoy a great television series, a classic movie, or live sports,” Mustafa Ozgen, president of devices for Roku, said in a press release. “Our goal is to continue to create an even better TV experience for everyone. These Roku-branded TVs will not only complement the current lineup of partner-branded Roku TV models, but also allow us to enable future smart TV innovations.”

So we’ll see TVs with Roku’s name on the front, as well as all over the operating system itself. But you’ll still see TCL TVs with the Roku operating system. Same as it ever was (at least for the immediate future).

Why make its own TVs, then? For the same reason any other company makes its own devices, even when it doesn’t actually “make” them. Apple makes its own phones instead of licensing out its operating system. Google makes its own version of Android. And remember that Amazon beat Roku to the TV game in 2022 when it started shipping its own branded TVs. Sure, they’re made by TCL (and we wouldn’t bet against TCL going to work for Roku in the same manner), but it’s a TCL-controlled product where Amazon calls the shots. That’s almost certainly why Roku is going this route. Now Roku can do what it wants to — and it can do so faster.

And that’s before you get to the new Roku TV OLED reference design. While Roku had very little more to say publicly in its press release than just that, reading between the lines reveals a few things. First is that it’s a reminder Roku’s stature within its industry. You can’t just be some random company and produce a reference design TV and expect anyone else to, ya know, use it. Second is that Roku is serious about maintaining its domination of the smart TV market. You don’t bother to put out an OLED reference design if you’re going to keep al of your innovations in-house.

What does any of this mean for the folks opening their wallets for new TVs in 2023? We’ll just have to see, of course. But it’s going to be interesting one way or another.