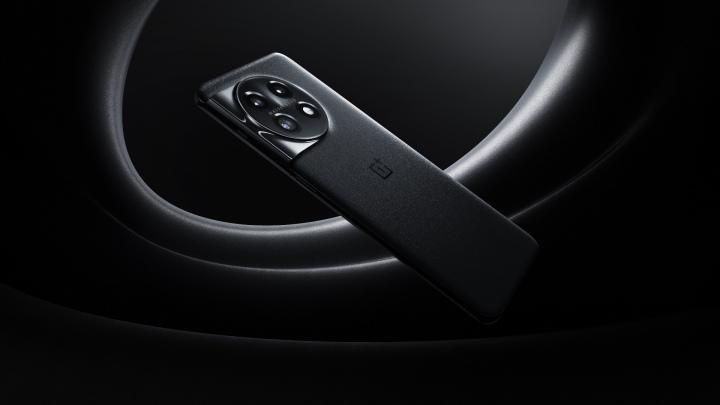 The OnePlus 11 will have its global launch on February 7 at an event in New Delhi, but on January 4 it was announced in China, where it will go on sale ahead of its international debut. This means we know a lot about the phone before we’ve even had the chance to get our hands on it. If you’re excited about the OnePlus 11, here’s what you need to know about it.

OnePlus says the design of the OnePlus 11 has been inspired by black holes. It’s an unusual source of inspiration, but there is something black hole-like about the massive camera module on the back of the phone, which is made of stainless steel. The body of the phone itself seems like it is a glass sandwich design with a thin metallic frame between the glass slabs. The glass is curved on either side of the frame, and you may be able to tell that the front screen has a subtle curve because of this. On the front, the display has a hole-punch cutout in the upper-left corner, housing the selfie camera.

The alert slider is finally making a comeback as OnePlus confirmed its return. The company had previously removed this on the OnePlus 10T and got a lot of flak for it. It was removed to make space for a larger battery and other hardware for fast charging and antennas. In the official images, it appears that the alert slider is on the right side, so OnePlus may have figured out a way to accommodate the extra hardware while still having the slider in place.

On the front is a 6.7-inch. 120Hz refresh rate AMOLED touchscreen with LPTO 3.0 technology. It seems to be the first phone with LPTO 3.0, but the benefits are still a little hazy. It should help minimize power consumption when switching between refresh rates, allowing the phone to steadily shift between 1Hz and 120Hz, depending on the situation.

The OnePlus 11 will have the Snapdragon 8 Gen 2 packed inside. Qualcomm announced the Snapdragon 8 Gen 2 during its Snapdragon Summit in November 2022, and the OnePlus 11 will be one of the first Android devices to get the next-generation chip. We were impressed with its performance after trying it on the Iqoo 11. The chip is accompanied by up to 16GB of RAM. The OnePlus 11 is highly likely to be running OxygenOS 13, which would be based on Android 13, right out of the box. Like other recent OnePlus flagships, don’t expect a microSD card slot for expandable storage.

One new development in the OnePlus 11 rumor mill is that it may be one of the first Android phones with UFS 4.0 storage, but this has not been confirmed yet. For the record, most Android phones right now utilize UFS 3.1. Though the current generation is fast, the next iteration of UFS 4.0 would be faster. With UFS 4.0, you can get data speeds of up to 23.2Gbps, which is about twice the rate of UFS 3.1. This is partly because of the Snapdragon 8 Gen 2, which has added support for UFS 4.0.

There are three cameras on the back of the OnePlus 11. The main camera is a 50-megapixel Sony IMX890, plus there is a 48MP Sony IMX581 wide-angle camera, and a 32MP Sony IMX709 camera for portrait duties. There’s also a 13-channel spectral light sensor in the camera module. The camera setup is very similar to the Oppo Find N2 — Oppo’s successor to the original Find N foldable.

The OnePlus 11 will be released in China on January 9. The international launch will come after February 7, but exact dates are not yet known. As far as price, we expect the OnePlus 11 to be in the sub-$900 range, much like flagships from other competitors, like the Google Pixel 7 Pro and iPhone 14 Pro, both of which start at $899 and $999, respectively.

Where is the OnePlus 11 Pro?

While the OnePlus 11 is now official, there has been no mention of a “Pro” model so far. In the past OnePlus has usually launched its Pro versions alongside the base model, but that appears to have changed. It’s also possible the “Pro” moniker has been dropped entirely, and the “top” OnePlus 11 will simply be the OnePlus 11. That said, based on the company’s history of dual releases, it’s not out of the question that a true OnePlus 11 Pro could launch later in 2023.

There is also speculation that OnePlus may be working on another device called the OnePlus 11R. This phone may have a 6.7-inch Full HD AMOLED display with a possible 120Hz refresh rate. However, it won’t be the latest and greatest offering from OnePlus, as it might use the older Snapdragon 8 Plus Gen 1 chip. Other rumored specs include between 8GB to 16GB of RAM, 128GB, 256GB, or 512GB of storage, a 50MP main camera, 8MP ultrawide, and a 2MP macro lens. The rumored OnePlus 11R may also have a 5,000mAh battery with 100-watt charging.