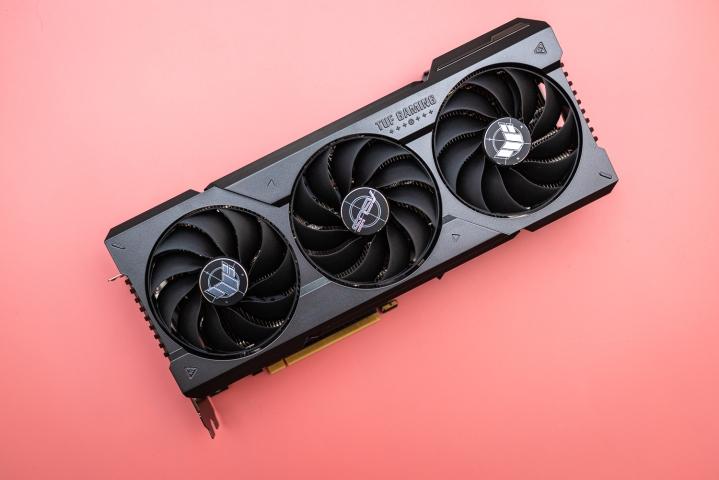 Nvidia’s RTX 4070 Ti is here, which means that the AMD Radeon RX 7900 XT has a direct competitor now. Comparing AMD to Nvidia is never overly straightforward, but it can be done. Benchmark results speak for themselves, and we’ve got plenty of those, all based on our own thorough testing of both cards.

While the RTX 4070 Ti and the RX 7900 XT are not some of the best graphics cards on the current market, they certainly fill important roles by offering gaming at a more affordable price — at least in theory. Below, we’ll talk about which of these GPUs is the better option if you’re looking to upgrade your PC.

When it comes to the RTX 4070 Ti, it’s a bit of a funny story, because the card was launched twice … kind of.

Initially, Nvidia announced the RTX 4070 Ti under the name of “RTX 4080 12GB.” However, after some backlash, it didn’t take long for the GPU giant to change its mind, and it promptly “unlaunched” the RTX 4080 12GB, leaving just the regular RTX 4080. However, those ill-fated 12GB versions of the RTX 4080 had already been made, so most people expected the card to make a reappearance sooner or later.

Enter the RTX 4070 Ti, a rebranded version of the card, arriving with the same specifications and a slightly lower price tag, even before anyone heard a peep about a possible RTX 4070. This is certainly unusual — we’re getting the “improved” Ti version before the base model of the card is even mentioned.

Nvidia announced the RTX 4070 Ti during its CES 2023 keynote, and the card is set to launch two days later on January 5, priced at $800. Nvidia is not releasing its own Founders Edition version of this card, though, so we expect the cards prepared by Nvidia’s add-in board (AIB) partners to cost more. We’re likely going to see it hitting prices in the $850 to $1,000 range.

AMD tends to keep the prices slightly more reasonable, but the RX 7900 XT costs more than the Nvidia card — at least in theory. Initially announced on November 3, the AMD Radeon RX 7900 XT (as well as its more powerful sibling, the RX 7900 XTX) hit the shelves on December 13.

Nvidia’s RTX 4070 Ti is the most affordable GPU from the latest RTX 40-series “Ada Lovelace” lineup. Initially, Nvidia released the RTX 4090, quickly followed by the RTX 4080. These flagships are expensive, so the RTX 4070 Ti can be considered the first more affordable card in the lineup. However, it also comes with rather cutdown specifications in comparison to its more powerful siblings.

On the other hand, just belonging to the RTX “Ada” generation of GPUs gives the 4070 Ti some bragging rights. It gains access to Nvidia’s DLSS 3, for one, and sports excellent power efficiency — something totally unexpected from Nvidia. The GPU was built on a 4nm process.

The AMD Radeon RX 7900 XT belongs to the RDNA 3 lineup. The Navi 31 XT GPU is based on a 5nm process, but it also borrows from AMD Ryzen processors in the sense that it combines a 5nm graphics compute die (GCD) with a 6nm memory cache die (MCD). Stacking these chiplets has some benefits, such as better performance and cheaper production costs.

Nvidia and AMD each make cards that are very different on an architectural level, so it’s hard to compare their specs on every level possible. As an example, Nvidia uses CUDA cores in its GPUs (the RTX 4070 Ti comes with 7,680), but AMD doesn’t — it has different noteworthy specs, such as shading units (5,376) and compute units (84). With that in mind, here’s what each card brings to the table.

Seeing as the RTX 4070 Ti and the RX 7900 XT are rivals, it’s only right that we’ve put them through the wringer in a number of benchmarks. This gives us a good overview of how both cards compare to their previous-gen counterparts, as well as to each other, not to mention the rest of the current GPU market.

In synthetic benchmarks, the RX 7900 XT wins, albeit only slightly. We’re looking at a 10% lead over the RTX 4070 Ti. At list price, the Nvidia offering is around 11% cheaper, but again, we don’t know whether that price will hold true. If both cards cost roughly the same, then AMD takes the lead due to better performance.

Synthetic benchmarks are one thing, but what truly matters is real-world performance, and for cards like these, that often equals gaming. Nvidia advertises the RTX 4070 Ti as a 1440p card, but we gave it a spin in 4K and found that it lags behind the RX 7900 XT, let alone the other Nvidia Ada Lovelace cards. At 4K, the RTX 4070 Ti was 11% slower than the RX 7900 XT.

We’re seeing similar (but better) results if we go down to 1080p gaming, but you shouldn’t be buying the RTX 4070 Ti or the RX 7900 XT strictly for 1080p — cards from the previous generation can handle that resolution at much more agreeable prices.

Trying out ray tracing in games instead of in a synthetic test gives the RTX 4070 Ti a lead over AMD, but only slightly. At 4K, the card struggles, somewhat unsurprisingly. It’s barely faster than the RX 7900 XTX, but it does have a bigger lead over the RX 7900 XT.

An unexpected turn of events

With all the benchmarks out of the way, the question remains — which of these cards is the better one to buy? The answer is tricky and not quite as clearcut as one might like it to be.

The truth is that the RTX 4070 Ti and the RX 7900 XT have one thing in common — they’re not the shining stars of their respective lineups. The AMD RX 7900 XT is completely overshadowed by the RX 7900 XTX, which offers better performance and is a much better deal at $1,000. Nvidia’s RTX 4070 Ti, on the other hand, was such a big miss at first that Nvidia had to launch it again, this time under a different name and with a cheaper price tag.

In a way, the RTX 4070 Ti does a good job of making the RX 7900 XT appear more desirable. Yes, the AMD card is more expensive, but the RTX 4070 Ti might turn out to cost more in the long run — it all depends on how the market reacts to the launch and whether Nvidia’s AIBs drive up the price or not.

Performance-wise, the AMD card wins, but not by a large margin. Nvidia’s card gives you access to slightly better ray tracing, as well as DLSS 3, and in theory, it should be $100 cheaper.

If you can get the RTX 4070 Ti near the list price, it’s most likely a better deal, but ultimately, whichever GPU you end up choosing, you’ll get similar levels of performance, and both cards are fully capable of 1440p gaming with some 4K added into the mix.