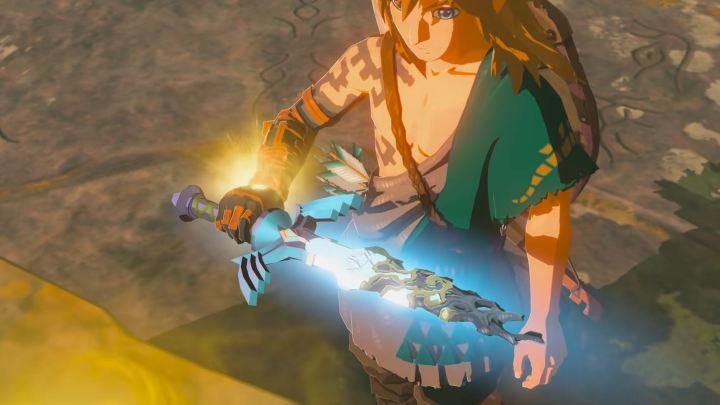 At the start of every new year, I always stop to ask myself what games I’m most excited about in the new year. Last year in particular, I remember vibrating with excitement for indie games like Tunic, Cursed to Golf, and Sports Story (none of which would ultimately make my game of the year short list). Now this January, I find myself asking that same question … but I’m at a loss for a good answer.

That’s not because there aren’t tons of big games coming out in 2023. In fact, this year is shaping up to be another significant one for the gaming industry, with some high-profile exclusives planned for each major platform. There are many games on the list that there’s a very good chance I’ll love. Even with that knowledge, I find myself hesitant to buy into a lot of those games sight unseen right now — especially coming off of a year with so many high-profile disappointments that felt rushed to release.

If nothing else, 2023 is going to be the ultimate test for the gaming industry’s reliance on “hype cycles” to sell big releases. If this year’s long-awaited mystery boxes disappoint, this could be the year that breaks the camel’s back for me.

Looking at 2023’s current game release schedule, there are a few safe bets that are easy to bank on. Star Wars Jedi: Survivor is looking like a much stronger, more ambitious sequel to 2019’s standout Fallen Order. Marvel’s Spider-Man 2 is sure to keep Insomniac’s incredibly consistent streak alive with another standout PlayStation exclusive. And of course there’s The Legend of Zelda: Tears of the Kingdom, which should be an easy win considering it’s a sequel to one of the best open-world games of all time.

Tears of the Kingdom is where I first began to take pause when thinking about the games I’m excited about this year. Though I’m looking forward to it, a lot of that hype has less to do with Tears of the Kingdom itself and more to do with Breath of the Wild. We’ve still barely learned any details about Nintendo’s big May release, only getting some quick glimpses at it. While the series’ pedigree has me assuming it’ll be strong, I’m left with too many question marks for now. Is it just going to feel like a sequel that recycles assets? Are there new systems worth getting excited about? Can the unreliable Nintendo Switch do its technical ambitions justice? There’s a strong chance I’ll love it, but that’s not an assumption any trailer has led me to yet.

When I start to look down the list of big releases, I find myself having similar feelings. Redfall is only promising to me on paper due to developer Arkane’s involvement, but I know almost nothing about how it plays. Alan Wake 2 only piques my interest on name recognition alone, considering that it has only had a short, nondescript teaser so far. I can’t even assume that Final Fantasy VII Rebirth will win me over despite loving Remake, as it seems like it’ll be an entirely different beast —  it’s quite literally referred to as an “unknown journey”.

My biggest hang-up comes in the form of Starfield, which has yet to do much to convince me it’ll be the next genre-defining open-world game. If anything, its big E3 2022 showcase only left me with red flags due to its enormous number of planets, which gave me flashbacks to No Man’s Sky’s over-the-top marketing efforts. Similarly, I can’t help but see warning signs when I compare some upcoming games to some of 2022’s letdowns. Though I enjoy Diablo Immortal much more than most, its egregious use of microtransactions has me approaching Diablo 4 with the utmost caution.

There are also several questions surrounding some long-delayed games that’ll (hopefully) launch this year. Hogwarts Legacy, The Lord of the Rings: Gollum, and Justice League: Kill the Suicide Squad are all scheduled to release in 2023, but a history of setbacks for each game has me approaching each with some level of trepidation. That’s especially true of Skull and Bones, which even its own developers have reservations about, according to a Kotaku report from last July.

I don’t mention any of this just for the sake of being a grumpy old gamer (even if I am one). It’s simply a matter of healthy expectation setting, something that myself and other enthusiasts often struggle with. In the video game industry, hype is a double-edged sword. It can be a key part of a game’s life cycle, helping a studio build a loyal community before even dropping a gameplay trailer. That can just as easily backfire, though, leading to disappointments that can sting twice as bad and result in heated discourse from scorned fans.

After decades of navigating those tumultuous game release cycles, I’m making it my resolution to be more careful about buying in blind this year (at least when it comes to AAA titles that don’t live and die by Steam wish lists and word of mouth). Until I get to see some firm gameplay that gets me legitimately interested in games like Pikmin 4 for reasons beyond IP recognition, I’m happy to take this year’s new releases as they come. I’d rather be pleasantly surprised than be let down by what should be a fun 2023.