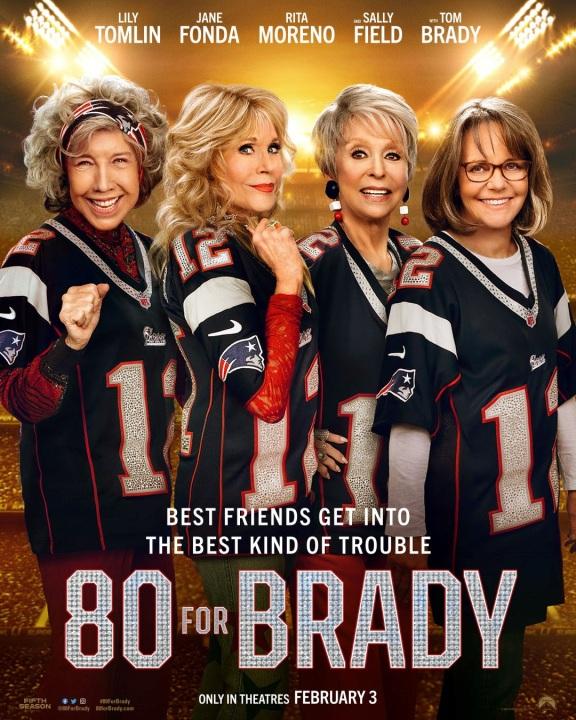 When asked to describe 80 for Brady, Billy Porter calls it “Bridesmaids meets Golden Girls.” With four iconic actresses headlining the film, Porter’s comparison hits the nail on the head.

“This weekend is more than they ever could have conceived of,” says Field. “It just brings them together. They just rely on one another,” adds Tomlin.

The film is directed by Kyle Marvin (WeCrashed) from a script written by Sarah Haskins and Emily Halpern (Booksmart). It’s inspired by the true story of Brady leading the Patriots back from a 28-3 deficit to defeat the Atlanta Falcons in overtime of Super Bowl LI. At the time of the victory, it was Brady’s fifth Super Bowl victory and fourth Super Bowl MVP.

80 for Brady is in theaters on February 3.