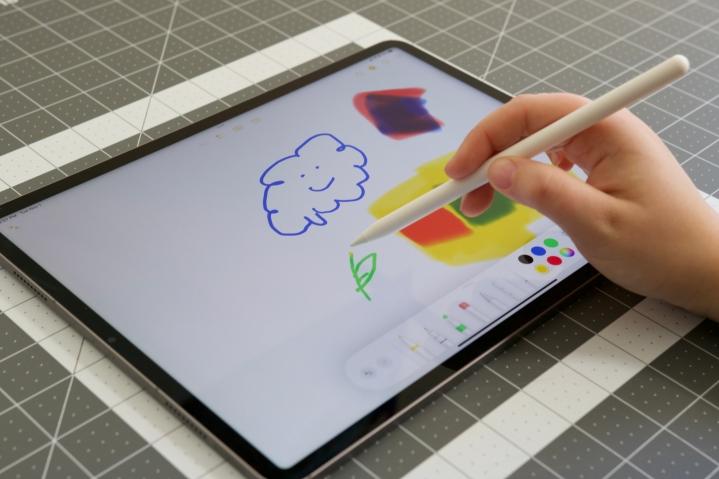 Apple recently filed for a patent that indicates a major feature update is coming to a possible future generation of the Apple Pencil. The patent is for image sensors that can detect colors on real-world surfaces, plus their physical texture. If implemented, new Apple Pencils could make it easier than ever before for artists and designers to find and match color samples without needing to search for them digitally.

The patent, spotted first by Patently Apple, indicates that the sensor would be toward to tip of the pencil, meaning that to get a color sample, all someone would need to do is position the “drawing” end of the smart pencil toward an object to seamlessly sample its color and texture onto a paired Apple device. If brought to Apple Pencils, the feature would be a huge step forward for digital artists.

It’s important to note that Apple is a major tech company that’s constantly churning out new hardware, so it files for a lot of patents. In other words, many of those patents never amount to anything substantial found in retail products. In fact, Apple already secured a patent for essentially the same smart pencil color-sensing technology in 2020, and that still hasn’t been publicly mentioned by the company.

On the other hand, we haven’t gotten a new Apple Pencil since 2018, several years before the company secured both color-sensing patents. With the two patents in-hand, it’s possible that a new generation of Apple Pencils is somewhere on the horizon. Apple has been focusing a lot of its attention as of late on fleshing out iPadOS with new features like Stage Manager, and a new Apple Pencil could be what the company has hidden up its sleeve to round out the feature updates.

That’s obviously pure speculation, though, since Apple has been tight-lipped about any additions to its smart pencil lineup for quite some time. For now, we’ll just need to wait until more substantial evidence appears to know for certain what the company has planned for the future of its smart pencils.