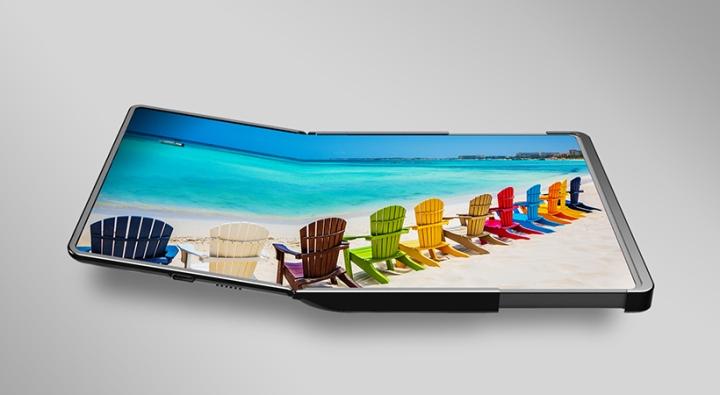 Samsung is unveiling its next generation of both foldable and slidable products at CES 2023 in Las Vegas, Nevada. This new technology, dubbed Flex Hybrid, combines two innovative new smartphone display technologies into a single product.

So how would this Flex Hybrid display work? Basically, the left side of the display will feature the foldable aspect, while the slidable technology is on the right side. With both folding and sliding technologies together, users can utilize a 10.5-inch display in a 4:3 aspect ratio or a 12.4-inch larger screen in a 16:10 ratio.

Samsung also has a 17-inch slideable display that was previewed in September at Intel Innovation 2022, which will be making its first public appearance at CES 2023.

There are two concepts for this large-screen slidable display: Flex Slidable Solo and Flex Slidable Duet. The Solo can only expand in one direction, while the Duet can expand the display in both directions. When this display is not expanded, it is about 13 to 14 inches, which is quite portable, but expands all the way out to 17.3 inches — making it a great tool for multitasking, playing games, or watching movies and shows.

It would be interesting to see how Samsung uses this new Flexible Hybrid tech in its current lineup of foldables, including the Samsung Galaxy Z Fold and Galaxy Z Flip series. For the Fold, incorporating the Duet concept and allowing users to expand the display in both directions for an even larger screen would turn it into more of a tablet than before, which could mean one could be even more productive, or see more of a scene at once when watching media or playing games.

As far as the Flip, it could have a smaller, more compact size once folded up or even opened, and users can expand it as they need. I personally wish my Samsung Galaxy Z Flip 4 was a little shorter so I can use it with one hand (it’s currently too tall and narrow), so perhaps incorporating sliding tech into it can make everyone happy.

Either way, it’s exciting to see this new Flex Hybrid tech make its debut at CES 2023 and how it will affect consumer foldables down the road.