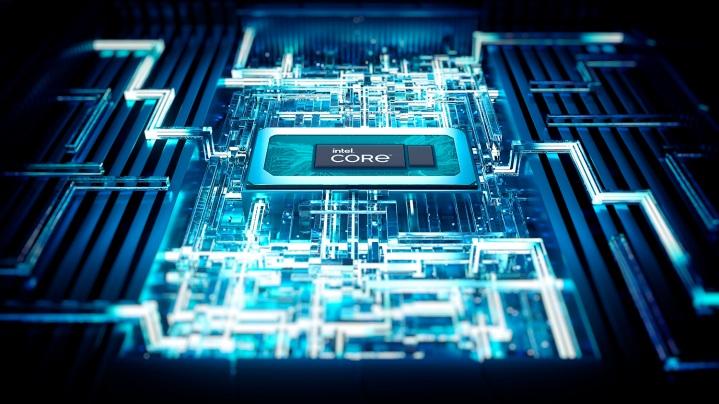 Intel is pushing laptop CPU core counts to places they’ve never been before. The company announced its 13th-gen Raptor Lake mobile processors at CES 2023, including the flagship Core i9-13980HX which includes a massive 24 cores that could top the list of the best Intel processors.

That sounds insane considering even AMD’s desktop Ryzen 9 7950X only comes with 16 cores. But Intel’s cores aren’t all built equally. Like the previous generation, 13th-gen mobile Raptor Lake processors include a combination of performance (P) cores and efficient (E) cores. The most powerful chips in the range come with 24 cores, but they’re split across eight P-cores and 16 E-cores.

Although we don’t have the chips to test yet, Intel is making big performance claims. Leaked benchmarks leading up to the launch showed the Core i9-13900HX beating out the Core i9-12900KS. And that’s a high-end desktop processor.

Intel is sticking with its H, P, and U-series branding for its processors, noting 45-watt, 28W, and 15W processors, respectively. The company is also sticking with the 55W HX-series range it introduced last year in laptops like the MSI GT77 Titan, and Intel says to expect a lot more HX-equipped laptops this year.

Intel says we’ll see more than 60 HX designs throughout 2023, including laptops from HP, Dell, Razer, Asus, MSI, Lenovo, and Acer. There were about 10 HX designs in the previous generation. Along with the boosted number of machines comes a boosted number of processors, with Intel introducing nine HX chips this year.

The performance improvements compared to the previous generation largely depend on what you’re doing. In some tasks like Unreal Engine and its MetaHuman feature, Intel shows the Core i9-13950HX outperforming last-gen’s Core i9-12900HX by about 10%. But in Autodesk Inventor and ReCap, that same chip shows a 29% improvement.

You’ll see the largest performance gains in apps that can scale with high thread counts, which Intel showcased with Blender. This rendering application can take advantage of the extra cores in Intel’s Core i9-13950HX, leading to upwards of a 79% improvement over the previous generation. And compared to Apple’s M1 Max in the MacBook Pro, Intel says the Core i9-13950HX is twice as fast or more in many applications.

Gaming doesn’t see as large of a jump. Intel says its HX processors are up to 12% faster than the previous generation, particularly in games like Horizon Zero Dawn and Marvel’s Guardians of the Galaxy that can leverage higher core counts. Some titles, like F1 22 and Forza Horizon 5 don’t see much of a boost at all.

If you’re not running intense CAD applications, developing games, or doing intensive work on your laptop, you can get away with a lower-powered CPU. Intel is introducing 23 designs in its H-, P-, and U-series laptops for thinner and lighter notebooks.

The bigger improvements come in connectivity. Intel’s 13th-gen processors support up to four Thunderbolt 4 connections, including DisplayPort 2.1, as well as DDR5-5200, Wi-Fi 6E, and Bluetooth LT audio. Intel is also focused on its “enhanced” Thread Director. Intel’s Dan Rogers tells us this upgraded version provides visibility into the type of task for the processor, which helps allocate resources more efficiently.

Intel is bringing several other features to its 13th-gen Raptor Lake mobile range, including XeSS supersampling and Arc Control software for controlling the integrated graphics. Some designs will come with Intel’s Movidius VPU, as well. This is a dedicated AI accelerator, but Intel says it will only be available in select designs for AI developers.