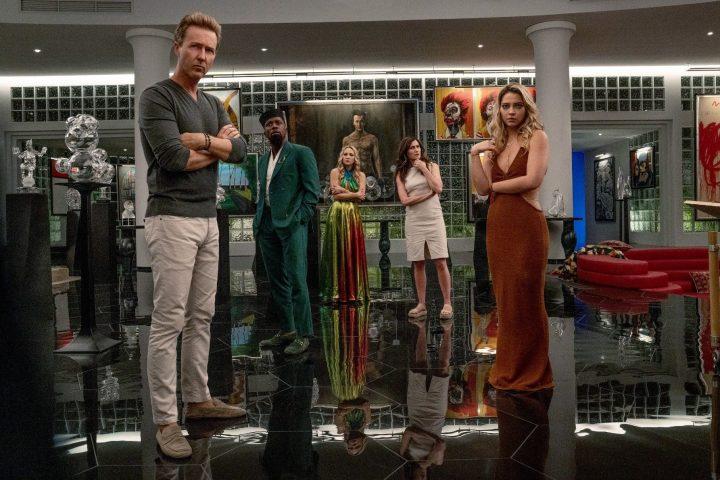 In Glass Onion, the latest entry in the Knives Out franchise, Benoit Blanc (Daniel Craig) heads to Greece to solve another case at a murder mystery party between friends on a tech billionaire’s private island. The whodunnit aspect is the signature element of the franchise, but the outstanding ensemble cast has been the standout component of Rian Johnson’s two films. Despite their flaws, the eccentric characters in Glass Onion capture the audience’s attention from the first frame, which is a credit to the chemistry within the cast.

Glass Onion Cast Take You Behind the Scenes | Netflix

“We had so much fun filming, like, we were so familiar with each other,” said Janelle Monáe in a behind-the-scenes interview with the cast of Glass Onion. “We were so comfortable with each other. We laughed … we genuinely liked each other. Everything was memorable because of the people I made the memories with.”

Once the movie heads to the Glass Onion, mystery, hijinks, and hilarity ensues. Because the film was shot during the COVID-19 pandemic in 2021, the cast spent a lot of time with each other due to the secluded locations and quarantine rules during the production. These forced meetings helped, not hindered, the actors’ performances.

“I’d just like to point out that it was sort of the in the middle of COVID, so we were sort of locked in a hotel together, so we didn’t have much choice,” said Craig to a room full of laughs. “So it was either sort of get on with each other and get drunk.”

Glass Onion premiered on December 23, 2022, on Netflix. After three days on the streamer, the film was number one on Netflix’s streaming charts, with 82.1M view hours. A third film is currently in development, with Craig reprising his role as Blanc and Johnson returning to write and direct.

Glass Onion: A Knives Out Mystery is now streaming on Netflix.