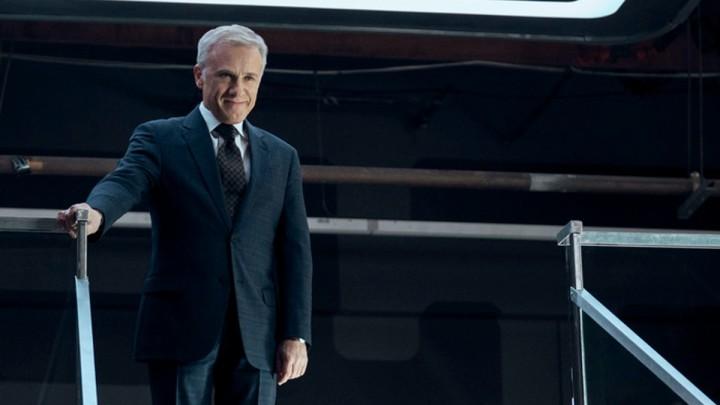 Two-time Academy Award winner Christoph Waltz is no stranger to sociopathic roles. Waltz terrorized audiences as the ruthless Hans Landa in Inglourious Basterds and the villainous Ernst Stavro Blofeld in Spectre. Waltz will once again strike fear into the hearts of the audience in the official teaser trailer for Prime Video’s new dark comedy series, The Consultant.

In the workplace thriller, Waltz stars as Regus Patoff, a consultant brought in to improve the game development firm, CompWare. Patoff is very clear that he does not care about the opinions of his employees as he ominously stares at each one in the office. Patoff says, “If it helps you to see me as a monster, so be it.” Between his creepy glares, obsessive hygiene habits, and intense organizational skills, Patoff is a peculiar figure who may or may not be hiding ulterior motives from the workers.

Co-starring alongside Waltz are Nat Wolff (Paper Towns), Brittany O’Grady (The White Lotus), and Aimee Carrero (The Menu), who all play suspicious employees at CompWare. Sloane Avery (Physical), Michael Charles Vaccaro (For All Mankind), Erin Ruth Walker (Daisy Jones & The Six), and Tatiana Zappardino (Tulsa King) round out the ensemble.

The Consultant is created and executive producer by Tony Basgallop, the creator behind Apple TV’s horror series Servant. The series is based on Bentley Little’s 2016 novel of the same name. Matt Shakman, the director of Wandavision and future director of Marvel’s The Fantastic Four, directed the first episode of the series.