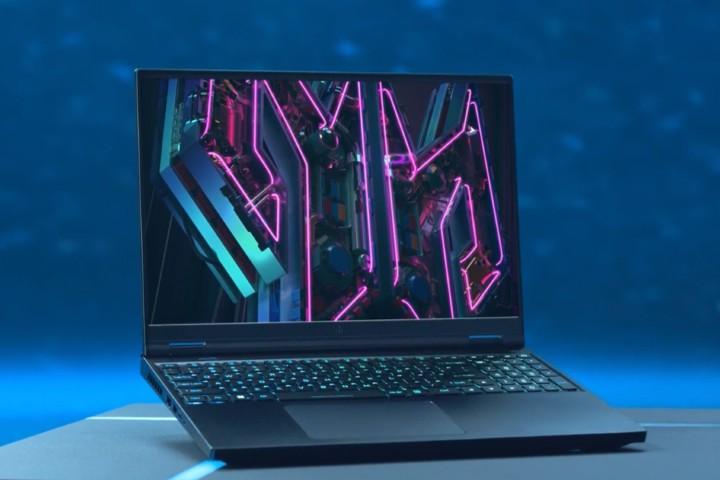 The new design takes inspiration from many of its competitors, including Alienware and Legion, while still retaining what made Predator’s branding unique.

So, what’s all new? Well, the display is now in 16:10 aspect ratio, meaning the bottom bezels have been significantly reduced. That helps a lot in making these new laptops feel more modern.

There’s a new keyboard too, which has a mini-LED, per-key RGB backlit keyboard with 1.8mm of key travel. Bot models include a number pad on the left with an off-center touchpad, which is quickly becoming a rare sighting in gaming laptops, which tend to opt for a few media keys or programmable buttons on the side instead.

The other ports are on the side, including USB-A 3.2 Gen2, Ethernet, headphone jack, and micro-SD card slot.

The display also gets a massive upgrade. Both the 16-inch and 18-inch models now have an option for a mini-LED panel, with a variety of different resolutions and refresh rates available. The 16-inch model has an IPS 2560 x 1600 (165Hz or 240Hz) and the mini-LED model with a 250Hz refresh rate.

You get those same options with the Helios 18, except that there’s also an option of a cheaper 1920 x 1200 resolution.

If you do opt for that mini-LED display, though, you get 1,000 local dimming zones. Acer says you can crank these systems up to 1,000 nits of brightness and three times more contrast than a conventional panel.

Acer didn’t provide info on DisplayHDR certification from VESA, but you’d expect a panel to have some exceptional HDR performance.

And, of course, the Predator Helios 16 and Helios 18 support the latest CPUs from Intel and GPUs from Nvidia. Specifically, you get up to a Core i9-13900HX and RTX 40-series graphics. You can also configure it with up to 32GB of RAM and 2TB of SSD storage. These systems come with 5th-gen AeroBlade metal fans and heat pipes, as well as liquid metal thermal grease.

Now, obviously, these are big laptops, as they’ve always been. The Helios 18 weighs 7.17 pounds (or a bit lighter for the IPS model) and is 1.14 inches thick. This 18-inch laptop is getting announced alongside plenty of other 18-inch laptops this year, including the Razer Blade 18 and the Alienware m18.