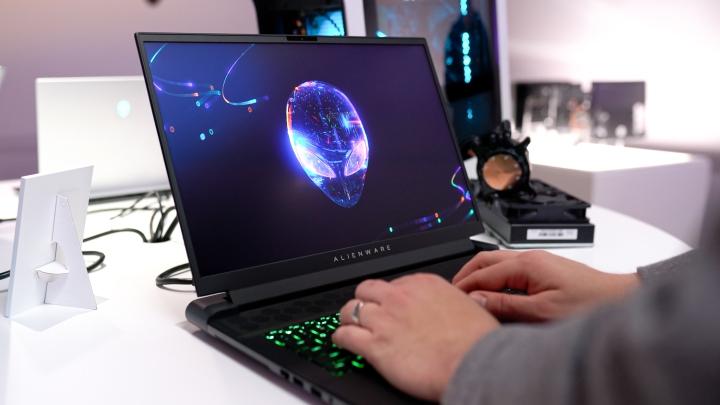 Eighteen-inch gaming laptops have made a grand return at CES 2023. Nearly every major laptop manufacturer brought their own version of 18-inch laptops, including ROG, Alienware, Predator, and even Razer.

It’s certainly a shocking turn of events, especially since the trend has been moving in the opposite direction. Gaming laptops have continued to get thinner, lighter, and smaller — even moving toward 14-inch devices in many cases.

But now, these massive 18-inch gaming laptops are apparently back in vogue. And these things really are large. The Alienware M18 weighs 9.3 pounds — yup, you read that right. Not all of them are quite this heavy, but most are over an inch thick. These are big boys.

In particular, the models that were announced today are the ROG Strix G 18, Alienware M18, Predator Helios 18, and the Razer Blade 18. That last one is significant, too. This is a major 180-degree turn for Razer, which has created a name for itself by creating thin and light gaming laptops.

I can’t explain exactly why 18-inch gaming laptops have suddenly come back in vogue, but it likely has to do with the emphasis that Intel and Nvidia are placing on powerful, high-wattage parts.

Intel has its 55-watt, 13th-gen HX processors, which it also had in the previous generation. But they only showed up in a couple of high-powered options last year. This year, Intel says there will be a much wider range of laptops embracing these higher-powered chips, which is exactly what happened this year with these larger laptops.

Nvidia is also pushing the power limits with its new RTX 4090 for gaming laptops. We still don’t know the full specs on this GPU, but judging by the desktop card it’s based around, it’s going to be a beast in terms of power. Nvidia talked about the power efficiency of the RTX 4080, though, so we’ll have to wait and see how it plays out.

Either way, the RTX 4090 represents a step up from what was available in the past, and if you’re going to put that much power into a laptop chassis, having a larger chassis is always helpful in making better use of these components. We’ve even heard from some manufacturers that new motherboards had to be used to fit the size of the RTX 4090, requiring more internal space.

But look — it’s not that these laptop manufacturers aren’t pursuing smaller designs anymore. The ROG Zephyrus G14 and Alienware x14 both got solid updates this year too.

But it’s nice to see some love given to those who want extreme performance from their gaming laptops. Will these new 18-inch laptops actually deliver that performance? I hope so, but we’ll have to wait and see.