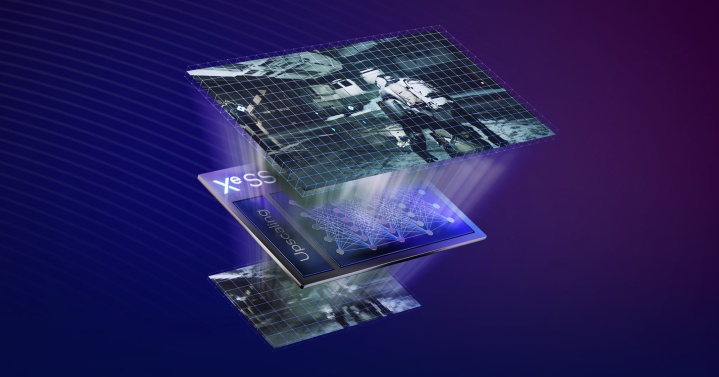 Intel is bringing the Xe Super Sampling (XeSS) upscaling feature to its integrated graphics, including its upcoming 13th-gen mobile processors. At CES 2023, the company announced that the integrated graphics on 11th-gen through 13th-gen processors will receive a slew of graphics features, including a greater than 30% jump in gaming performance thanks to XeSS in supported games — at least according to Intel.

If you’re unfamiliar, XeSS is Intel’s challenger to Nvidia’s Deep Learning Super Sampling (DLSS). It works by rendering your game at a lower resolution and then upscaling it with AI, improving your frame rate in the process. XeSS isn’t quite as good as DLSS, but it still provides huge performance boosts in games like Hitman 3 and Shadow of the Tomb Raider based on our testing.

The tricky part about XeSS is that it uses two pipelines. It can run in different modes depending on the hardware available, either leveraging XMX cores on GPUs like the Arc A770 and A750, or by using the simpler DP4a instruction set. XeSS automatically does this in the background, and Intel says you’ll get the best version of XeSS for the hardware you have.

Intel’s integrated graphics don’t include the dedicated XMX cores, which are used for intensive AI calculations. Instead, they rely on DP4a AI instructions. XeSS isn’t able to do as much AI math with DP4a as with dedicated XMX cores, so the you may not see quite as high of a performance jump on Intel’s integrated graphics. Still, the company is promising performance gains above 30% in supported games.

For mobile, Intel is also introducing Endurance Gaming. This is a setting in Arc Control that’s built for gaming while you’re away from your charger. Intel says you can play up to four and a half hours of League of Legends and Rocket League on battery power with Endurance Gaming turned on. You’ll likely see reduced performance, but it’s hard to say by how much right now.