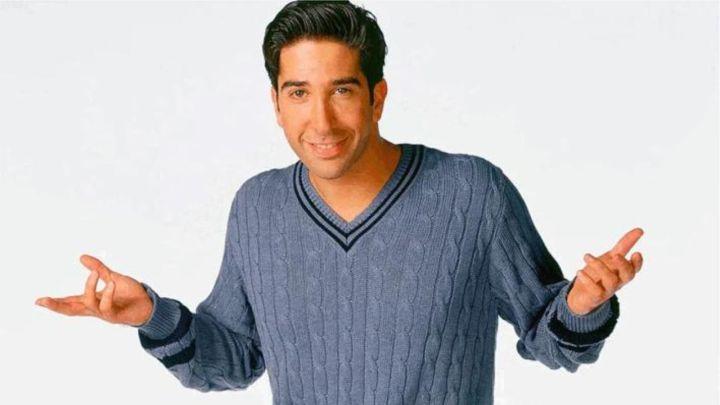 Friends remains one of the most beloved sitcoms in television history. The long-running show about six young people living in New York City captured the 1990s zeitgeist like few others could, becoming a television icon for the Gen X generation. Friends is still a hit today, with younger audiences discovering it via streaming and becoming fans of the six main characters’ shenanigans.

Friends is the equivalent of comfort food: harmless and pleasant, it’s something almost everyone can enjoy. Still, the series had its fair share of unpopular characters. And while some fans might find some of the main friends annoying, the lead characters are still nearly universally adored. But these characters — including one of the six main characters — are among the most hated in Friends, whether because they’re mean, annoying, or just plain unnecessary. That’s not to say their presence ruins whichever episodes they happen to be in, but it’s enough for fans to roll their eyes and count the seconds until they’re no longer on screen.

Ross is now considered the embodiment of the “nice guy” persona, a title he earned through years of toxic behaviors. Insecure, whiny, and possessive, Ross was a terrible boyfriend, an irresponsible teacher, and an unreliable friend. At least he was a good father — to Emma, anyway, because his toxic masculinity surely rubbed off on his already annoying son, Ben.

Poor Emily. Arguably the most hated character in the show’s history, Emily is Ross’ romantic interest throughout seasons 4 and 5. She is an English woman who has a whirlwind romance with Ross that inspires him to become less sheltered and more impulsive. The two get engaged after only a couple of weeks, marrying in London at one of television’s most infamous weddings, where Ross says Rachel’s name at the altar.

Afterward, the show turns Emily into an outright antagonist. The truth is Ross behaved terribly toward her and deserved every bit of torture she put him through. Still, Emily became ridiculously unlikable by the end of her tenure, and when she finally disappeared, fans cheered, probably to the tune of Ding Dong! The Witch is Dead.

The parental figures in Friends were pretty terrible. Rachel’s father, the domineering Leonard Green, is a wealthy doctor from Long Island who berates everyone around him. He behaves terribly to everyone, from waiters to her daughter’s friends; not even his family can stand him, with his former wife resenting him and his two non-Rachel daughters using him only for his money.

Perhaps that’s why Leonard is so bitter. Still, Rachel makes it clear that he’s always been a jerk, so maybe that’s just the way he likes to be. Dr. Green only appears in a handful of episodes across the Friends‘ 10 seasons, but they’re enough to cement him as one of the show’s least likable characters.

Kathy, played by Paget Brewster, is one of Friends‘ most memorable guest stars. She first appears in season 4 as a woman Chandler has a crush on before realizing she’s dating Joey. What follows is a lengthy subplot that sees her develop feelings for Chandler while still with Joey. The two kiss, leading to a major fight between Chandler and Joey. However, Joey steps aside, allowing Kathy and Chandler to begin a short-lived relationship that ends when she cheats on him.

Although far from a bad character, Kathy’s storyline takes an ugly turn. After everything they went through to get together, Kathy cheating on Chandler was ridiculous and frustrating. To be fair, it seemed like the writers didn’t know what to do with her and decided to get rid of her in the easiest way possible. It’s a shame because Kathy and Chandler made a great couple, but her send-off made her one of the show’s most infamous characters.

Season 1 of Friends features Rachel engaging in a mainly physical relationship with Paolo, a hunky Italian neighbor she meets during a blackout. Their affair is overly passionate, with Rachel going into lengthy detail about how a good lover Paolo is. However, they have nothing in common, and Paolo turns out to be a creep who sexually harasses Phoebe while she’s giving him a massage.

Paolo sucks; there’s no other way to put it. He’s a creep who cheats on Rachel and makes a pass at Phoebe while she’s trying to do her job. Friends had several awful romantic partners — Charlie, Janine, Barry, that one psychologist Phoebe dates that spends his time psychoanalyzing the group — but none was as disgusting as Paolo. He stopped appearing after season 2, and no one missed him one bit.

The “mean mom” archetype comes to life in the form of Judy Geller. Played by five-time Emmy nominee and television icon Christina Pickles, Judy is Monica and Ross’ mother. She shamelessly favors Ross and takes every opportunity to diminish Monica. Sometimes her comments are funny; however, they come across as mean-spirited and plain rude more often than not.

Judy is funnier when paired with her mellow and hilariously clueless husband, Jack, played by the equally iconic Elliot Gould. However, when left alone to her devices, Judy is annoying and needlessly cruel to Monica, who goes out of her way to please her mother. Judy is a terrible mother to Monica, and it’s a genuine surprise that Monica grew up as healthy and sane as she did, considering the treatment she received.