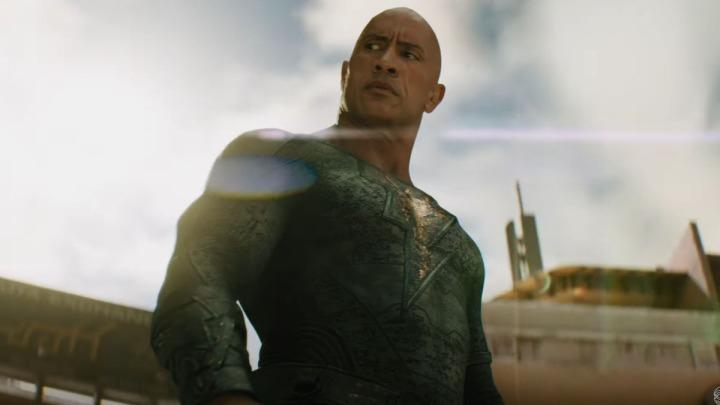 Now that James Gunn has taken over DC Films and canceled many of its projects, many fans are left wondering which actors will remain in the franchise. Since Henry Cavill is no longer Superman and Jason Momoa will reportedly be recast as Lobo, it’s clear that any actor can now lose their role in the DC Extended Universe under Gunn’s new regime.

Fans are understandably bitter about Gunn’s drastic changes to the franchise, and while there are more reports about other actors possibly leaving, it is still too soon to say who will stay and who will go. There are some casting choices in the DCEU that many audiences would rather forget, but there are still some actors that fans would like to see continue to play their parts in Gunn’s upcoming films.

After Black Adam bombed at the box office, it’s understandable that Gunn gave its planned follow-up film the ax. However, Dwayne Johnson’s magnetic performance as Black Adam proves that he deserves a second chance to play him in the DC Universe. There’s still so much potential for the Rock’s character, as audiences have yet to see him come to blows with Shazam or Superman.

And according to Deadline, Gunn is still looking for ways to have Johnson return as Black Adam in the future. So even if the Rock’s version of the antihero doesn’t get a sequel film, he should still get another shot at the spotlight, as a project with much better writing can reinvigorate his character.

Jurnee Smollett had her DC film debut as Black Canary in the criminally underrated Birds of Prey, and her well-rounded performance immediately made her a fan favorite. A spin-off centered around her character has been in development for a while now, but it’s unknown if those plans will go through in Gunn’s new cinematic universe.

Despite this, Smollett should still get another chance to rock the DC Universe in her own solo project or even as a member of the new Justice League. Smollett has only given a taste of what her character is capable of as a superhero on-screen, and it would be interesting to see her as part of one of DC’s most iconic power couples with Green Arrow.

At a time when the DCEU was in a dark place, Zachary Levi came along and brightened things up with his performance in David F. Sandberg’s Shazam. Like lightning in a bottle, Levi captured the childlike silliness of Billy Batson as the titular champion, and audiences really felt like they were witnessing a teenage boy inside the body of an adult superhero.

Even though Levi has a second Shazam! film set to premiere in 2023, his character deserves to have his story stretch far beyond that. Also, since the character currently stands as one of the most powerful superheroes in the DC Universe, Shazam should be given a more significant presence outside of his own franchise.

Though Harley Quinn was a central part of Gunn’s film, The Suicide Squad, there’s no guarantee that Margot Robbie’s character will be the same in his new DC Universe. But this only makes it crucial to reiterate that Robbie is one of the most definitive versions of Harley Quinn. She perfectly captures Quinn’s cartoony and chaotic personality while presenting a complex and sympathetic character who still has more room for development, which includes her iconic romance with Poison Ivy, which Robbie has been fighting to see in the DCEU for so long. Robbie’s journey through theaters as Harley Quinn has been hectic, but there is no denying that her character still came out as one of the best characters to grace DC’s films.

Despite the fact that DC’s third Wonder Woman film was recently canceled, Gal Gadot should continue to play the Amazonian hero in the DC Universe. Gadot’s Wonder Woman is widely considered one of the best things to come out of the DCEU, with her first solo film now seen as one of the best comic book movies of all time.

Gadot came to embody the strong, loving, optimistic spirit of Wonder Woman, exceeding even Lynda Carter’s iconic version of the character. No matter what anyone thinks about 2017’s Justice League or Wonder Woman 1984, she carried every one of her DC films with her terrific performance. And now, it’s hard to imagine playing Wonder Woman on the big screen.