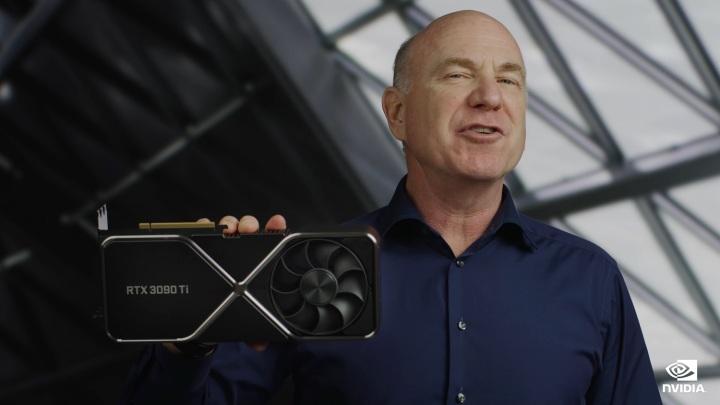 The Nvidia CES 2023 keynote might be more of a preshow event, but it’s still drummed up a lot of interest — especially with the all the leaks surrounding the RTX 4070 Ti. It’s not yet clear if this just a rebrand of the unlaunched RTX 4080 12GB, but it will be going up against new cards from AMD and perhaps even Intel. Nvidia is also expected to provide the first details on mobile RTX 40-series graphics, so if you’re looking to upgrade your PC or gaming laptop this year, it’s worth tuning in.

Here’s how you can watch Nvidia’s CES 2023 keynote and what you can expect to see at the press conference.

How to watch Nvidia’s CES 2023 keynote

Nvidia’s CES 2023 keynote will take place at 8 a.m. PT on Tuesday, January 3, and will be livestreamed on the official Nvidia YouTube and Twitch channels. The streams are already live, so you can access them at your leisure.

CEO Jensen Huang is not expected to make an appearance. Instead, GeForce lead Jeff Fisher will be making the consumer graphics announcements, while other speakers will be focusing on topics like autonomous vehicles, robotics, design, and more.

What to expect from Nvidia’s CES 2023 keynote

Nvidia promises that you’ll be able to learn about the “latest breakthroughs in gaming, creating, and graphics technology” at its keynote. That doesn’t give us any firm details about what’s going to be on show, but recent leaks — even some from Nvidia itself — and some educated guesses based on announcements and developments from previous years make us feel like we have a good idea about what the company will be showing off and talking up at CES 2023.

The most likely product to make its debut is the RTX 4070 Ti. This more midrange graphics card may well be a rebranded version of the RTX 4080 12GB that famously was unlaunched by Nvidia after receiving massive backlash over its pricing and specifications. While it’s possible that it will be something entirely different, it’s out of character for Nvidia to launch a Ti model of a card before the base model.

Pricing may well be different though, as Nvidia has the backlash of the RTX 4080 to consider, and the added competition from AMD’s RX 7000 GPUs.

There have also been some alleged leaks of RTX 4060 and 4060 Ti graphics cards in recent weeks, which may point to a CES unveiling of these new cards. However, they aren’t really expected to launch until mid-2023, so it may be that they don’t make their appearance until shows later in the year.

Nvidia is also expected to release the first details of its RTX 40-series mobile GPUs. These will make their way into some of the best gaming laptops of 2023, but with the high power draw of the already announced RTX 40-series GPUs, it will be interesting to see what Nvidia has been able to do to improve performance in the new generation without impacting battery life and thermals too much. There’s even a rumor that, for the first time, Nvidia will bring its most powerful GPU to laptops with the RTX 4090.

Chances are we’ll see a few models of laptops sporting the new graphics chips from different manufacturers. Although Nvidia is unlikely to promote them in its keynote, other CES 2023 events may showcase Nvidia GPUs alongside AMD CPUs, too.

Nvidia’s software innovations have been as important as its hardwar, in recent years, so we are likely to hear more about its DLSS 3 technology, including its unique frame-generation technique and more games that support it. We may also hear more about Nvidia’s AI developments, and may even be treated to a surprise product debut. At CES 2022, Nvidia debuted its 3090 Ti, so don’t rule out something exciting sneaking in at the end.