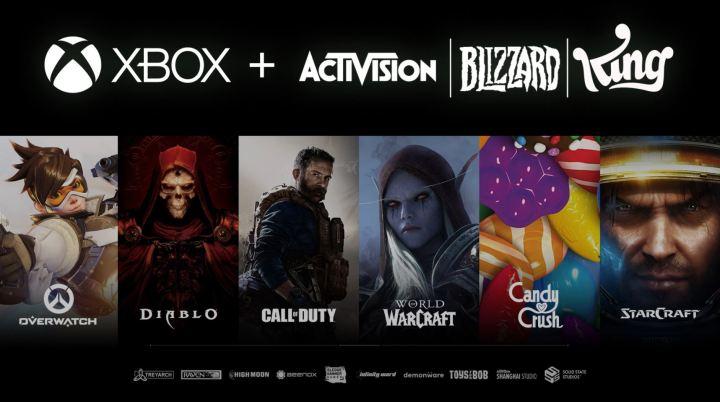 With the video game industry in constant growth mode, it’s rare we ever get through a year without some massive bombshell announcement with huge implications for the future. In 2021, for instance, we saw Epic waging war against Apple’s business practices, Valve disrupting hardware with its Steam Deck announcement, and a harrowing Activision Blizzard scandal that acted as a tipping point for the industry and its often difficult working conditions.

The news didn’t slow down in 2022 — if anything, it escalated. The Activision Blizzard revelation in particular had something of a snowball effect this year, rolling its way into several major threads. Between high-profile acquisitions and a push for unionization, this year very much felt like a direct continuation of 2021. Nothing was a one-off story, but rather part of a historical moment that could make the 2020s the most pivotal decade in gaming history when all is said and done.

These are the four stories that made 2022 a key year for gaming’s future.

Coming out of a tumultuous 2021, all eyes were on Activision Blizzard. The company was the subject of damning reports about its toxic workplace culture and the industry was calling for change. That wasn’t lost on Microsoft, which made a drastic move in January by announcing its intention to acquire the Call of Duty publisher for $68.7 billion. To put that number into perspective, it’s the largest game studio acquisition of all time by over $50 billion.

The move was met with mixed reactions. Some felt that it was a necessary step to clean up an Activision Blizzard that was spiraling out of control at the expense of its workers. Others felt that the move could lead to a monopoly, as Microsoft would gain publishing rights to some of the industry’s most profitable titles. The move led to a high profile dispute between Microsoft and Sony, the latter of which painted it as an egregious anti-consumer move, even as Microsoft committed to releasing Call of Duty on platforms like PlayStation.

Regardless of what players personally felt, the Federal Trade Commission saw a red flag. Just this month, the FTC announced its intention to block the deal citing antitrust concerns. Now in jeopardy, the deal’s final fate could become the single most important gaming story of the decade. If the deal is struck down, it could set a new precedent for acquisitions, preventing the “big three” console companies from getting too big. Regulations like that could put a firm nail in gaming’s waning Wild West days for good.

The effects of the Activision Blizzard scandal weren’t just felt at an executive level; they also led to a major milestone for workers rights. Discussions around workplace culture in games led to serious conversations around unionization, a concept that was previously foreign to the video game industry. Rumblings of a union push began in late December 2021 when Vodeo Games created the first gaming union in North America, but that push got more high-profile with each month.

It was no coincidence that the first major gaming union would come from within Activision Blizzard. QA testers at Call of Duty developer Raven Software successfully organized in May by a 19-3 vote. With such a high-profile organization effort at one of gaming’s biggest companies, there was a renewed sense of momentum for unionization across the industry throughout 2022. Whether or not that turns into a wider trend in 2023, it’s a historic moment for an industry that has struggled with toxicity, abuse, and a crunch culture for decades.

At a high level, the video game industry’s biggest companies operate in secrecy. While there’s always an occasional release date leak, it’s very rare that we see much of a game more than a month out from any official press reveal. So it was especially shocking when a hacker got access to a massive folder of Grand Theft Auto 6 videos and casually posted it online on a Saturday night. The clips showed an incredibly early and rough build of the game — a part of the development process that’s usually left in the dark.

The leak led to some complicated emotions around the industry. Many criticized the criminal act, empathizing with developers whose work had been shared before they were ready to show it off. Others found a silver lining in the leak, using it as an educational moment to show players how much work goes into games behind the scenes.

Wherever you landed on it, the story was part of a much bigger trend this year, which saw interest in “leak” culture reach a boiling point as fans began taking the word of “insiders” as their Bible. That led to several points of confusion during the year, from a quickly debunked story about Amazon acquiring EA to an erroneous claim that two classic Legend of Zelda games were Switch-bound. To cap it all off, we got a new games media website in the form of Insider Gaming, which has struggled to deliver consistent truth since its inception. It was a year where empires were built on impatience.

For the last few years, we’ve heard companies claim that cloud gaming is the future. Though the tech has received a fair amount of pushback from traditional players, 2022 proved that executives weren’t just full of hot air — though mixed messaging made it especially hard to get a read on the tech. One of this year’s biggest stories came when Google announced it was shutting down Stadia, a service that helped kick off the current wave of cloud tech.

That may have sounded like the beginning of the end for cloud gaming, but that’s far from what happened. If anything, it simply saw companies moving away from cloud subscription services as they looked for a more natural way to integrate the tech into our lives. Samsung, for instance, made a power play this year by introducing its Gaming Hub on certain smart TVs, a move that would suddenly give countless households access to services like Xbox Game Pass without a console or PC.

Other companies diversified their approach to cloud gaming even more. Logitech released a cloud-focused handheld and Razer’s own is on the horizon. Though the tech certainly found itself in an experimental and often confusing place in 2022, its future is becoming clearer. Rather than living and dying based on subscription costs, expect to see it at the heart of both new devices and the ones you already own going forward.