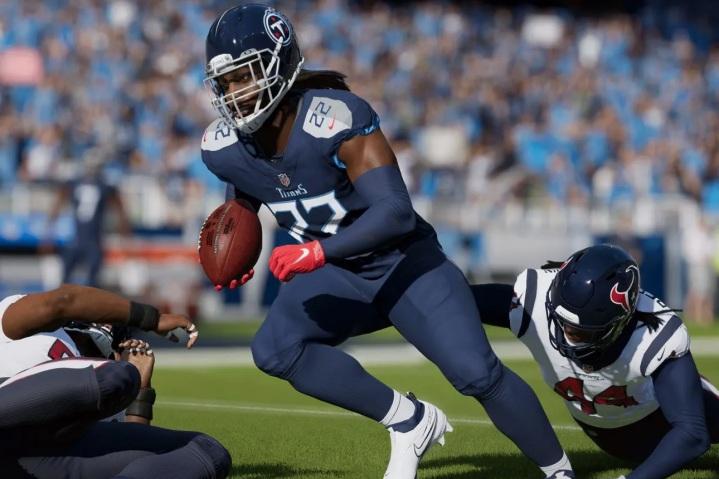 If you finally unwrapped a new PS5 on Christmas morning, after two years of struggling to get one, you’re probably scrambling for some games. No doubt you know exactly what you want, since you’ve been watching new game trailers for two years and wishing you could actually play them. Or maybe you have some extra holiday cash to spend and you want a few cheap titles. We’ve rounded up the best PS5 game deals we can find today, so you don’t have to go searching. Grab them before they sell out.

Madden NFL 23 might not be the most warmly received entry in the long-running football franchise, but it is the latest entry. That means it’s going to be the most popular for online players, and it will have the most recent line-up changes. It also has some slight upgrades over previous years, but nothing too substantial. Gameplay and animations have smoothed up since ’22. If this is your first Madden game on the PS5, you’ll be absolutely blown away by the responsiveness and lifelike movement of the players. This is a game no football fan should live without.

Dying Light 2: Stay Human is a one of a kind zombie killing experience. It has a massive open world that is fun to explore thanks to the game’s unique parkour gameplay. As most successful sequels do, Dying Light 2 leans into its most fun attributes, and you now have crazy rope swinging, high jumping action throughout the whole game. If you’ve ever imagined what it’s like to survive in a city infested by the undead, this is probably your best (if not particularly realistic) option for living out that scenario.

People who were able to grab the PS5 right when it launched likely spent hours trying to trudge through this demanding game. It was the only exclusive PS5 game at launch, meaning a lot of people bought it without knowing what they were getting themselves into. Demon’s Souls is a complete remake of the PS3 game of the same name. The original was the predecessor to the spiritual series of Dark Souls, Bloodbourne, Sekiro and Elden Ring by From Software. If you like that style of punishing gameplay with RPG elements, this is probably one of the best PlayStation deals out there for you. If you’re not a fan of Game Over screen, you should probably stay away.

NBA 2K23 is to basketball what Madden NFL 23 is to football — it’s the game fans need to own. This time around the sun, NBA 2K23 added more advanced movement controls, taking full advantage of the power of the PS5. New gesture combos have been added to the Pro Stick, allowing for more control in the paint. You get new combos for ball handling, mid-court shooting and dunking. They even added rim hangs, so you can end particularly devastating drives with a little style.

Spider-Man: Miles Morales is Insomniac Games’ follow-up to the fantastic 2018 game, Marvel’s Spider-Man. It’s more of an expansion than a complete new entry, but you can play it without owning the original. With new powers, suits and story, it’s a fantastic addition to the new Spider-Man universe. Whether you played the original Peter Parker version or not, this is one of the best gaming deals we’ve found today.