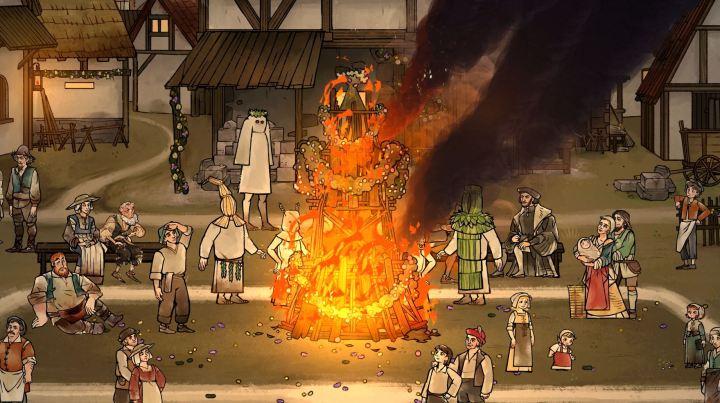 Looking back on 2022 at a surface level, you might be tempted to say that Xbox had a rough year. Halo Infinite struggled to push its initial momentum, major releases like Starfield were delayed in 2023, and the Federal Trade Commission (FCC) moved to block Microsoft’s Activision Blizzard acquisition. All of that left Xbox players with no big ticket exclusives in 2022 and a sense that Microsoft’s plans to rectify that issue may be hitting a brick wall.

However, that would be an outdated read of the situation — one that’s not reflective of the gaming landscape as it stands today. The truth is that big exclusive games are no longer the sole mark of a platform’s success. While that strategy is still Sony and Nintendo’s bread and butter, Microsoft’s unusual 2022 made it clear that the company is comfortable playing by its own rules.

That’s not to say that Xbox didn’t deliver great games this year. In fact, it may have had the strongest line-up of console exclusives of any platform. But Microsoft’s modest success in 2022 went beyond what we play, taking an innovative approach to how we play. That made for Xbox’s most quietly important years to date, and one that may have a lasting influence on the rest of the 2020s.

On the software side, Xbox was easy to write off in 2022. With Starfield and Redfall getting delayed, Microsoft was left with no major first-party exclusives for the entire 12 months. Updates to Halo Infinite, Forza Horizon 5, and Grounded would help ease the pain, but players who come to consoles for flashy new games were left picking through third-party releases.

Once you begin looking at Xbox’s smaller console exclusives, though, the conversation entirely changes. Through Xbox Game Pass, Microsoft locked down some of the year’s boldest and most exciting indies. Game of the year contenders like Immortality and Tunic launched on PC, but you could only play them via console on Xbox initially. Critical darlings like Signalis and Citizen Sleeper would find their audiences thanks to Game Pass, while Vampire Survivors would grow its PC following with an Xbox launch late in the year. On top of that, Microsoft arguably had the best first-party exclusive of the year with Obsidian’s excellent Pentiment, even if the narrative RPG carries a niche appeal.

When you begin to zoom out, you’ll find that many of the year’s most talked about games were made readily available via Game Pass. That speaks to why Microsoft’s current strategy is so refreshing. It needs a constant flow of compelling games to make its subscription service worthwhile, and its solution is to seek out smaller prestige titles. As a result, we saw a certain level of risk-taking this year that’s been absent from gaming in an era that values safe wins over polarizing gambles. Scorn, for instance, may have been one of my least favorite games of the year, but it’s perhaps the one I enjoyed thinking about most.

Titles like that helped Microsoft entirely separate itself from its competitors. Sony continued to deliver its Hollywood-sized blockbusters while Nintendo worked wonders with its established formulas, but Xbox was the place to be for gamers who just wanted to try something entirely new. From As Dusk Falls to Somerville, Game Pass delivered a wealth of those experiences in 2022.

Games were only one part of the equation for Microsoft this year. The company’s most notable innovations came in the form of technology. Xbox stealthily had the year’s biggest power play, as it rolled out Xbox Game Pass on Samsung TVs this year, allowing anyone with an internet connection to start playing games without a console or PC. It even doubled down on that magic trick late in the year, retroactively adding the app onto 2021 Samsung TVs. If you went home to visit family this holiday, you may have found that you could just play Halo Infinite on your parent’s TV.

That’s a crucial development and one that may wind up disrupting the established console market long-term. Microsoft’s goal is to get Game Pass into every home, not Xbox Series X. To do that, it’s making good use of its cloud gaming technology to get the service on devices that potential players already own. In 2023, it’s entirely possible that we’ll see a native Game Pass app roll out to even more TVs, making it as easily accessible as Netflix or Hulu. That left Microsoft looking like it was two steps ahead of the curve in 2022, as Sony struggled to get its own service ambitions off the ground.

We saw that ease of access reflected even further during the holidays this year, as Microsoft slashed the price of the Xbox Series S to $250 during Black Friday. That briefly made it the cheapest current-gen console on the market aside from the Nintendo Switch Lite, further making Microsoft’s intentions clear. While most consoles and tech peripherals (like next year’s pricey PlayStation VR2) only threaten to get more expensive, Microsoft spent 2022 lowering the bar for entry.

It’s easy to look at Microsoft’s lack of major exclusives in 2022 and write the year off as a disaster, but that’s a narrow read of what might be the Xbox brand’s most important year to date. Microsoft proved that there’s an appetite for more diverse games and it made key moves to find a larger audience that would appreciate those experiences. If that energy continues, Xbox could become a true household name in 2023.