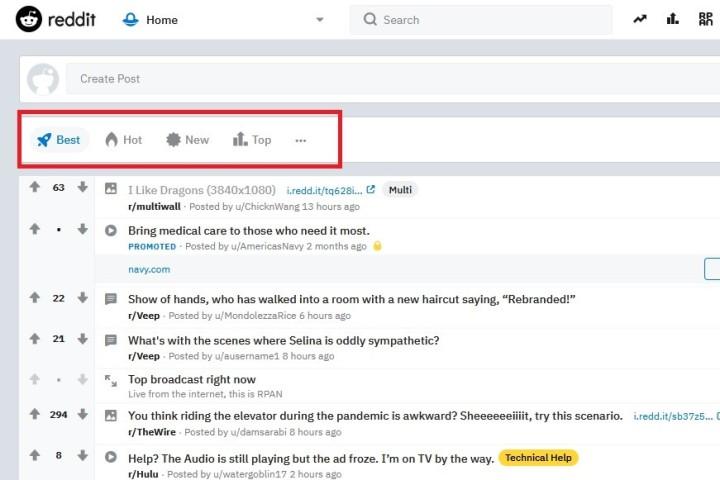 If you spend a lot of time online, chances are you’ve heard of Reddit. The site once billed itself as the “front page of the internet,” and that’s not an empty boast. As of November 2022, Reddit is the fourth most visited site in the U.S., according to Semrush, and the sixth most visited worldwide. So, what exactly is Reddit? Essentially, it’s a massive collection of forums where people can share news and content or comment on other people’s posts. Here’s everything you need to know.

Reddit is broken up into more than a million communities known as “subreddits,” each of which covers a different topic. The name of a subreddit begins with “r/,” which is part of the URL that Reddit uses. For example, r/nba is a subreddit where people talk about the National Basketball Association, while r/boardgames is a subreddit for people to discuss board games. Those are straightforward subreddits, but they can get weird, such as r/birdswitharms, a subreddit devoted to pictures of birds … with arms.

If you’re just looking at Reddit for the first time, you may be a bit confused by what you are seeing, so here’s a quick rundown. The homepage (or “front page”) shows you various posts that are currently trending on the site, pulled from a variety of subreddits. You can sort these posts by clicking one of the icons on the ribbon menu located underneath the Create Post text box (if you’re logged in with a Reddit account) or under a smaller header called Popular Posts if you’re not logged in. These icons will sort the posts by Best, Hot, New, Top, or Rising if you’re logged in. Or it will sort them by your chosen location(s) (instead of Best) along with Hot, New, Top, or Rising, if you’re not logged in.

There is a search bar near the top that you can use to find posts and subreddits related to a particular term. A search for “World Cup” for example, turns up some popular posts about the World Cup and relevant subreddits such as r/worldcup and r/sports.

Subreddits are managed by moderators (“mods,” for short), volunteers who can edit the appearance of a particular subreddit, dictate what types of content are allowed in the sub, and even remove posts or content or ban users from the subreddit. Reddit as a whole is governed by the admins, employees of Reddit who have vast powers across the site, including the ability to strip moderators of their privileges, and even ban entire subreddits from the site.

Next to a post, you’ll likely see up and down arrows, as well as a number. Users click the arrows to upvote or downvote posts, increasing or decreasing their visibility, and the number reflects the current sum of upvotes and downvotes. Reddit users can also upvote and downvote other users’ comments, and every account has a karma number tied to it, which indicates how much karma their comments have received in total. Karma doesn’t get you hip Reddit swag or anything like that, but it does help to boost your standing in the Reddit community. Be proud of your karma!

Like most online communities, Reddit has its own language. Redditors tend to talk in abbreviations such as OP, TIL, IAmA, and AMA. OP just refers to the “original poster” in a thread, while TIL means “today I learned” and is one of the most common abbreviations you’ll see. Many posts are simple TIL observations and realizations. Both IAmA and AMA refer to what might very well be Reddit’s most popular feature: The Ask Me Anything thread. In an AMA, a well-known person such as former President Barack Obama or Nick Offerman, or someone who’s had a unique life experience (or a harrowing one, such as the woman who was mauled by a bear, fought it off, and drove four miles down a mountain with her face hanging off), submits themself to the inquisitive minds of Reddit. The resulting threads are some of the most insightful, humorous, and fascinating interviews you’ll ever read.

Users can give awards to other users to recognize and highlight posts the giver really enjoyed. Giving an award costs Reddit Coins, which you can buy as a way of supporting the community.

Another way to support the community is by purchasing Reddit Premium, the site’s membership program. For $6 a month, Premium users don’t see ads and it gives you access to r/lounge, a super-secret subreddit where the brightest minds on Reddit assemble to engage in witty banter (or something), along with other benefits. Premium membership also comes with a regular supply of Coins to spend on Awards. You don’t need to buy Reddit Premium to have fun on Reddit, but it’s a way to support the site, get some perks, and be invested in the community.

Just remember, Reddit is a group of people meeting on the internet, sharing stuff, and talking to one another. That’s it. Act as you would if you were hanging out with old friends or new ones. Be mindful of your language and where you post (some subreddits are unfriendly to off-topic posts). Reddit has become a popular hub for many topics, both good, bad, and niche. And the community has also taken steps to make the site more inclusive by eliminating explicit content from its public homepage.

If Reddit sounds like your kind of place, you can sign up by clicking on the blue Join Reddit button in the bottom left corner of the main Reddit page. Then, follow the on-screen prompts to create an account. Reddit doesn’t limit you to just one account, either. You can set up multiple usernames and choose which one to log in with, depending on which subreddits you plan to participate in. Some subs encourage personally revealing posts, for example, and you may find it useful to have one persona there and another one in a sports subreddit. Some people create throwaway accounts when asking for relationship or professional advice, among other topics.

After signing in, Reddit will offer you recommendations on finding popular boards that may match your interests. If you currently have a particular community in mind that you want to join, go ahead and enter its name in the search field. Alternatively, you can hunt for applicable words and investigate that way.

When you encounter a subreddit you want to revisit, you have the opportunity to subscribe to it. Your homepage will show posts from your subscribed subreddits. You can look at all your subscriptions in the navigation bar’s drop-down menu; this lets you switch between communities easily. You can also link comparable subreddits into customized feeds—for instance, you may organize r/nba, r/nbadiscussion, and other team subreddits into a basketball multireddit. If you want to do this, just head to the proper subreddit and click the Three dots symbol next to About community. From here, you’ll see a menu pop-up where you will need to select Add to Custom Feed. After this, follow the prompts to add the subreddit to an existing feed or make a brand-new one. You can even decide to make your multireddit public so other Redditors can become a subscriber.

You can join as many subreddits as you want, and the ample number of topics assures your continued interest. Maybe Reddit’s most engaging feature is that you can be as incognito or otherwise socially low-key as you desire. With all these cool features, it’s not surprising that it interests so many subscribers.

Check out our guide to the best subreddits to get you started.