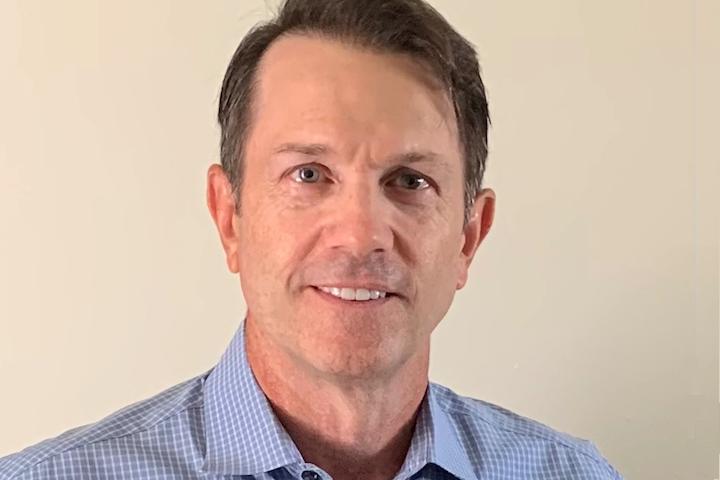 There’s a pretty established “formula” for a great smartwatch, but there’s no such thing for smart rings. Movano’s first smart ring, called Evie, is certainly going in a different direction from its few competitors, and could potentially end up setting the standard for health-tracking smart jewelry when it comes out.

Digital Trends spoke to Movano’s CEO, Dr. John Mastrototaro, ahead of CES 2023, where the company will fully reveal the smart ring for the first time, about what makes it special.

Let’s clear up the name first, as when Movano first talked about the smart ring during CES 2022, it didn’t have a name at all. Movano’s smart ring will be called Evie, which is pronounced Eve-ee, not Ev-ee. Mastrototaro explained where the inspiration for the name came from, and at the same time, revealed more about the brand’s ethos:

“We spoke to a lot of women about a lot of different names, and this particular one bubbled up to the top,” he said. “It’s really derived from the word ‘evidence’ because we want the ring and the technology to deliver trusted evidence to women.”

Delivering trusted evidence, particularly around health and fitness, is a lofty goal and not always one that’s achievable in the consumer wearable space. Movano is in the process of gaining approval from the U.S. Food and Drug Administration (FDA) for Evie to help give the smart ring credibility. How has this affected the end product?

“In terms of meeting the FDA standards, we have to do testing to look at the electrical safety and the batteries safety. When you’re wearing a device on the body, you have to do certain toxicology tests for skin sensitization and cytotoxicity. We have to make sure that as we’re developing the device, the materials that we’re using, the chipsets we’re using, and how we’re employing them is all based upon fundamental underpinnings of what the FDA wants to see.”

Part of the FDA approval process is assessing device accuracy, and in recent blood oxygen tests, Evie has performed well, and Mastrototaro confirmed the ring has been tested on a variety of different skin tones too. Data privacy is also an important aspect of the Evie ring and to the FDA, as Mastrototaro explained:

“Because we’re a medical device, as we move the data around, we have to look at the protocols for taking the data from the ring, transitioning it to the app, and from the app to the cloud, then having all the right security in our cloud-like any medical device company would need to have. Women want to know their health data is secure and it’s only for their eyes or if they give authorization, that it can go to their doctor, but only under their direction and with their authorization. It’s very important, both for the FDA on one hand, as well as the consumer on the other.”

Is the Movano Evie a fitness tracker?

Getting FDA approval is a reassuring step, and it’ll certainly make Evie stand out, even among smartwatches and fitness trackers. But is the Evie ring a fitness tracker, and if so, what can you expect it to track?

“One of the things we heard when we spoke to over a thousand women about this product is that they said the world is their gym, meaning they’ve got a very active lifestyle with work, with family, with children, with other activities in their life. And so they get their activity in a number of different ways through the course of the day, and we want to consolidate that for them. The last thing we want to do is tell a woman, you’ve got to do 10,000 steps every day, or else you’re not meeting your goal. Women’s goals can be met in a number of different ways, and we want to make sure that we can fit in more seamlessly into their lifestyles. Steps is one way of doing it, but it’s only one way of achieving great activity levels, and we want to provide that flexibility.”

As a smart ring, it’s not shaped or worn like a traditional fitness tracker either. The version I saw over our video call was described as being close to the final look. It’s made from metal with a resin inner section, but it’s not a solid circle. There’s a gap, so the ring is not one single piece.

“We want to make sure the ring is comfortable, and this is one of the reasons we have an open design, as it allows [the ring] to expand a little bit over the knuckle and then contract on the finger,” Mastrototaro continued.

The gap in the ring means even if your finger swells, it won’t become too tight or impossible to take off. It’s important not only for comfort but also because you’ll have to regularly take it off to charge. There will be a choice of silver, gold, and rose gold finishes, and in sizes between 5 and 11.

How much will it cost, and when will it be released?

The Movano Evie’s main competitor is the Oura Ring, which costs $300 and comes with a $6 monthly subscription after the first six months of ownership. It’s a controversial system, so what has Movano planned for Evie?

“It will be priced under $300 and have no subscription,” Mastrototaro confirmed. “When we were originally looking at pricing, we considered a pure subscription model without an upfront cost. But we went to a lot of women out there and asked them. What we heard is more often than not, they would prefer to just pay for the thing and be done with it. So we listened, and we decided to use that model.”

Movano says Evie will be released during 2023, a broad timeframe, and when pushed on the subject, Mastrototaro provided some further clarification.

“We did say the first half [of 2023], and I think we’re lining up close to that. I would prefer to measure it twice and cut once with this launch versus getting out with a lot of issues, so that’s going to also dictate the timing.”

He also spoke about how FDA approval will work with a launch date and is confident the approval will come before launch — but he is also prepared to release the Evie as a wellness device first should approval take too much time. This isn’t unusual, and it’s well-known that FDA approval is a lengthy, time-consuming process. Evie will also only be released in the U.S. at first, with the possibility of other key markets in the future, including Australia and Europe.

Movano is getting ready to shake things up

While smartwatches are established products that come with an expected level of functionality from a familiar feature set, smart rings are far less common, and there’s no clear template for what makes a “good” one yet. Movano is going in a different direction from competitor Oura, and the combination of FDA approval and a feature set tailored only toward women makes it intriguing, exciting, and unique.

In the meantime, also be sure to read our interview with Morano’s vice president of strategy, Stacy Salvi, who went into detail about how smart jewelry is changing wearables.