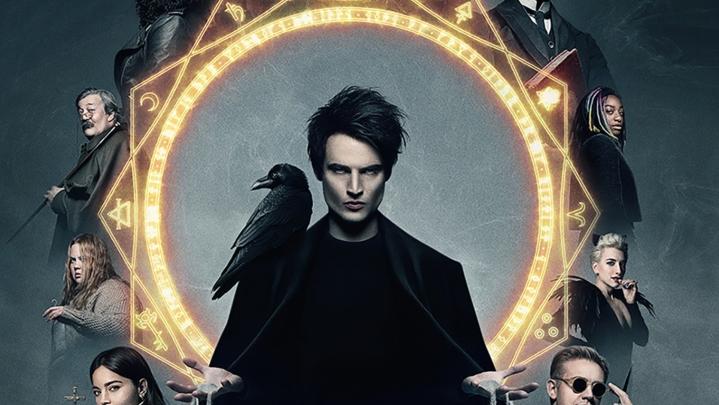 The comic book medium and superhero genre have undoubtedly maintained their places in the highest tiers of pop culture thanks to their efforts in film and television, and there certainly have been plenty of great shows competing for audience subscription dollars in the TV streaming space. Disney and Marvel Studios’ MCU has taken the genre to new heights in live-action TV — for better and worse — by pumping Disney+ with several original shows in the last couple of years.

However, even though Marvel had the occasional standout production, it was arguably Netflix and HBO Max that had the best comic book adaptations of the year with The Sandman and Peacemaker, respectively. While wildly different in tone and subject matter, both shows shared the same refreshing dose of creative ingenuity that made them wildly entertaining.

The Sandman: successfully adapting the “unadaptable”

In the world of comics, Neil Gaiman is a respected name. He’s provided some of the best work in the medium and has lent his talents to various well-known characters such as the Fantastic Four. The Sandman is commonly regarded as his magnum opus, but he’s also written Batman, which shows his versatility in both original works and longstanding IPs.

When it comes to The Sandman, many have long thought of this comic book master class of a story to be challenging, if not impossible, to adapt to another medium. Much of this series is defined by abstract and surreal visuals on top of the nuanced storytelling and character arcs.

Gaiman had been working on getting an adaptation off the ground for many years now, depite the massive weight of expectation behind the source material.

And while it’s an undoubtedly big name in the “streaming wars,” Netflix hasn’t exactly inspired confidence that quality and faithfulness would be a guarantee for something as layered as The Sandman, but — mercifully — that’s what the final product ended up delivering. Of course, it likely helps that Gaiman himself ensured his property would be treated with respect.

The Sandman has succeeded in what was once seen as impossible, putting to screen a world that’s as visually imaginative as the comic book series that inspired it. Even if a few episodes toward the end of the first season somewhat tapered off compared to the bigger story arcs that came before it, there was an enticing sense of wonder in seeing Dream travel to different locales and meet with characters in an anthology-style narrative structure.

That episodic formula did well to show pockets of this corner of the DC world in ways that were in service to those isolated stories, while still feeding into grander themes and the character journey of Dream himself. The Sandman is a poignant story of learning to adapt to the times, as well as being willing to embrace growth within oneself.

Among the main cast, the performances were outstanding, with Tom Sturridge being a highlight in adapting such an ethereal and larger-than-life figure, while also rooting the protagonist’s budding sense of humanity. You can also tell how much fun the creative team behind the scenes had with taking spins on these characters, as other members of the Endless like Kirby Howell-Baptiste’s Death and villains like Gwendoline Christie’s Lucifer provided some of the show’s most engaging episodes thanks to their respective charms.

It’s been a roller coaster waiting to see if Netflix would give the show the season 2 renewal it deserves or would prematurely ace this one too, but it’s great to see that the show will go on with this passion project.

Peacemaker: the show no one knew they wanted

The soon-to-be DCU under co-CEOs James Gunn and Peter Safran is currently going under heavy renovations, especially with the recent news of Henry Cavill being dropped as Superman, but Gunn has already proven — across Marvel and DC — to have a reverence for the source material and a knack for character work.

Following the critically panned 2016 Suicide Squad movie, Gunn was brought on board to helm a loose sequel that keeps the same general continuity while serving as a fresh starting point for newcomers. The movie was well-received and was essentially what Gunn achieved with his Guardians of the Galaxymovies in the MCU: a comedic action adventure about a group of unlikely protagonists and misfits.

It was all it needed to be, but the most surprising aspect of The Suicide Squad was how it spawned a spinoff TV series starring John Cena’s seemingly deplorable antihero Peacemaker. The show’s first eight-episode season garnered critical acclaim, showing the unexpected “dramedy” acting prowess of Cena as an actor.

Peacemaker, and perhaps the TV format in general, debatably to have gotten the best out of Gunn, as the raunchy humor and heartfelt character dynamics were all there, but felt even bolder in terms of social commentary than his successful theatrical ventures. Cena’s protagonist is presented early on as a hypocritical menace, but the show brilliantly spins out into a story of meaningful introspection.

The rest of his supporting cast and equally unlikely team members also stood out as Peacemaker told an effective and rewarding isolated story within the vast DC multiverse that didn’t concern itself with being a commercial for someone else’s show — while also not divorcing itself from the wider universe.

It’s the “superhero” show no one saw coming, and the show that no one knew that they wanted, and we’ll akk be looking forward to how season 2 follows up on the satisfying character arcs Peacemaker‘s debut season fleshed out.

Standing above the rest

Even outside of the superhero genre specifically, it’s easy to look at the past couple of years’ worth of big franchise IP TV shows and feel cynical. Several of the MCU Phase 4 series felt either padded out, cut too short, or simply unnecessary, and the same could be said for some of Lucasfilm’s corner of Disney+ with the mega-franchise that is Star Wars.

However, what The Sandman and Peacemaker mean in the medium, at least for comic book adaptations, is that there is still room for inventiveness in this genre on the small screen.

These two shows are wildly different in tone and concept, but they’re examples of how wonderfully strange these kinds of stories can be on their own merits.

You can stream The Sandman on Netflix, while Peacemaker is currently streaming on HBO Max.