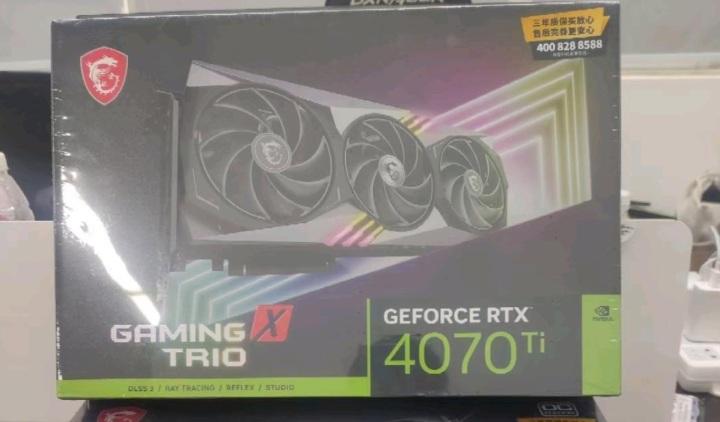 Nvidia’s GeForce RTX 4070 Ti is rumored to be coming out soon, and some retailers across the globe have jumped the gun and started putting it up for sale ahead of time. This time, the GPU was spotted at a Chinese retailer in two custom versions.

These early listings provide us with the first hints as to the pricing of the RTX 4070 Ti. Unfortunately, they only serve to confirm what we’ve already feared — the GPU might be just as expensive as the RTX 4090 and the RTX 4080.

Leaked images of the RTX 4070 Ti appeared on Baidu, a Chinese website, and were later shared by Wccftech. The photos show us two custom versions of the card, both made by MSI: the MSI GeForce RTX 4070 Ti Gaming X and the RTX 4070 Ti Ventus 3X.

Each has a slightly different price tag, but both of those price tags are not great. The Ventus 3X is priced at 7,199 RMB, which translates to around $1,034, while the Gaming X costs 7,599 RMB ($1,092). This puts these cards just slightly south of the recommended price for the RTX 4080, which is, of course, quite ridiculous. However, it’s important to note that these prices are likely different from what Nvidia will set as the MSRP for the RTX 4070 Ti.

For one, we’re dealing with two custom versions of the card, and MSI is known for making some of the more high-end models. They’ll have slightly better specs than the Founders Edition, but they’ll also cost more. Another thing to consider is that there are added taxes, so this might be the price on the Chinese market, but it doesn’t necessarily mean that the U.S. market will receive the same treatment.

In all likelihood, it will be cheaper in the United States than it seems to be in China. On the other hand, seeing an almost $1,100 list price in China suggests that it still won’t exactly be cheap. The RTX 4090 and the RTX 4080 are both expensive, and so far, all signs point to Nvidia continuing that trend. A price in the ballpark of $800 to $900 seems quite likely.

Performance-wise, the RTX 4070 Ti is said to be trailing far behind the RTX 4080, which is why it’s important that it’s not too expensive. If it’s priced correctly, it could still become one of the best graphics cards for more balanced builds. Nvidia might shed more light on the matter during CES 2023.