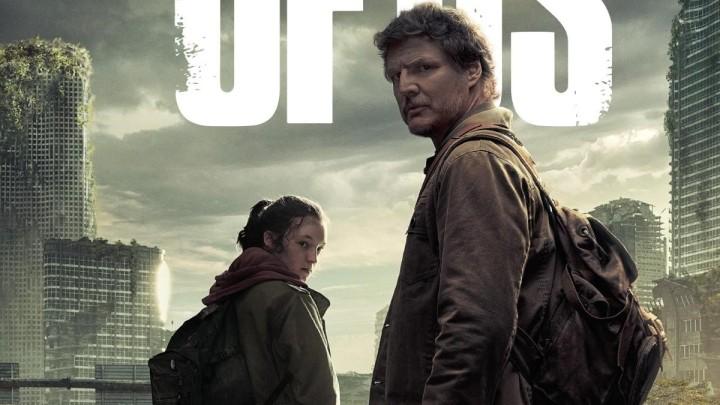 As we get ready to say goodbye to 2022, it’s time to look back and realize what a great year it has been for television. From viral hits like The Dropout and the recent second season of The White Lotus to overwhelming sensations like House of the Dragon and Bridgerton to critically acclaimed darlings like Better Call Saul and Abbott Elementary, television thrived in 2022. We truly had a banger of a year, with a near-perfect mix of high-profile CGI-filled shows and slow burns that were impossible to stop watching.

Luckily for us, the parade of quality television series shows no signs of stopping in 2023. And although competition is tougher than ever, every streamer and network is rising to the challenge, with more than a few promising contenders to make next year as good as this one. Whether it’s video game adaptations, satirical miniseries with all-star casts, or the next entries in beloved franchises, these projects will keep audiences glued to their television screens throughout 2023.

HBO kicks off 2023 with The Last of Us. starring Pedro Pascal and Bella Ramsay. The network that redefined the meaning of “premium television” enters the business of video game adaptations with this highly anticipated project about a smuggler tasked with escorting a teenage girl in a postapocalyptic U.S.

Taking over the coveted Sunday night slot that helped turn House of the Dragon and The White Lotus into cultural phenomena, The Last of Us will be HBO’s big gamble of the year. The source material is already beloved and acclaimed with a considerable fan base, so the show is starting on the right foot. We’ll see if it can live up to audiences’ lofty expectations, but it’s never wise to bet against HBO.

Peacock desperately needs a win and luckily for them, Rian Johnson is a guarantee. The prolific writer and director is the mind behind Poker Face, a mystery comedy that will follow a “case of the week” format. Described as “character-driven,” the show stars Natasha Lyonne alongside many familiar faces, including Joseph Gordon-Levitt, Simon Helberg, Stephanie Hsu, Adrian Brody, and Judith Light.

Poker Face will debut its first four episodes on January 26, with the rest of the season’s episodes premiering weekly. Everyone loves a good mystery, and Johnson has crafted a great space in the genre thanks to his Knives Out franchise. Venturing into television makes perfect sense for him, and Lyonne is the ideal companion for his brand of humor, making Poker Face one of the most promising shows of the new year.

No one does satire like HBO, especially if there’s a political angle to explore, and 2023 will see the network continue its trend with The White House Plumbers,  a five-part miniseries. The plot follows E. Howard Hunt and G. Gordon Liddy, Watergate masterminds who accidentally end up sabotaging the presidency they are initially trying to protect. Woody Harrelson and Justin Theroux lead a cast that includes Judy Greer, Domhnall Gleeson, and Lena Headey.

The White House Plumbers has Emmy written all over it and will undoubtedly be one of HBO’s leading contenders at the 2023 ceremony. The talent involved is more than enough to make the show attractive, and the subject matter will ensure audiences stick around to watch the unbelievable real-life shenanigans ensue.

At this point, it feels like we’ve been waiting for Secret Invasion for far longer than we actually have. The series, which draws inspiration from the classic Marvel Comics storyline of the same name, will follow Nick Fury as he investigates the Skrulls’ infiltration on Earth. Samuel L. Jackson reprises his role as Nick Fury, leading a cast including Cobie Smulders, Ben Mendelsohn, Kingsley Ben-Adir, Emilia Clarke, and Olivia Colman.

Secret Invasion is one of Marvel’s most celebrated storylines. The show will serve as one of Phase 5’s first high-profile events and could potentially have considerable repercussions for the franchise’s future. There is still no confirmed release date, but everything seems to point to an early 2023 release.

The now-infamous duo of David Benioff and D.B. Weiss — the minds behind the rise and fall of Game of Thrones — will make their anticipated return to television, this time with Netflix. The pair will adapt another ambitious and high-concept novel, Liu Cixin’s The Three-Body Problem. Featuring a large ensemble of international actors, the show follows different storylines in an alternate version of history after humanity’s contact with an alien race.

Benioff and Weiss are arguably two of the most divisive creators currently working. However, the show’s scope and premise, not to mention the talent involved in front of the camera, should be enough for audiences to check it out. If all goes well, Netflix could have another hit on its hands.

Ahsoka Tano, one of the most beloved and powerful heroes in the Star Wars canon, steps into the spotlight in Disney+’s Ahsoka. After debuting in The Mandalorian, Rosario Dawson will get the chance to lead her own show, which will also include familiar characters like Ezra Bridger and even Anakin Skywalker, once again played by Hayden Christensen.

The show has been on the radar for many fans’ since it was first announced. Details about the plot remain a secret, but Star Wars mastermind Dave Filoni will write and direct multiple episodes, making fans hopeful. Expectations about the project are high, and with so much talent behind and in front of the camera, it’s hard to bet against it.

Mindy Kaling continues to build her successful television empire by venturing into animation with HBO Max’s Velma. Based on the eponymous character from the Scooby Doo franchise, Velma will offer a refreshing take on a well-known classic. The series will follow Mystery Inc. before its founding, centering on Velma as she tries to uncover a murder mystery.

Turning Velma into a teenage girl of East Asian descent sparked controversy among certain groups, but the show seems poised to rise above it. With an ensemble cast led by Kaling and that also includes Constance Wu, Glenn Howerton, and Sam Richardson, plus a premise that promises to bring Mystery Inc. into the 21st century, Velma will keep HBO Max on its way to becoming the leader in adult animation.

Elizabeth Olsen steps away from the Marvel machine for what feels like the first time in forever in HBO Max’s dark comedy Love and Death. Inspired by a true-life 1980 murder scandal, Love and Death follows Candy Montgomery, who gets accused of the brutal murder of her friend, Betty Gore, in suburban Texas.

Hulu came out with its version of the story this year, starring Jessica Biel as Montgomery. However, its take on the crime barely made a dent, allowing Love and Death to thrive where Candy failed. With Olsen leading a cast that includes the always-reliable Judy Greer and Jessie Plemons, and television wizard David E. Kelley as the writer, Love and Death will surely be one of HBO Max’s splashiest offerings during the 2023 summer season.

Nostalgia is all the rage right now, and studios are looking deep in their vaults for another beloved IP to rescue from oblivion. X-Men: The Animated Series was never forgotten — it has legions of fans, even today — but its upcoming revival surprised many fans. Plot details are scarce, but the show will likely follow the same premise as the fan-favorite original as it tracks the lives and adventures of Marvel’s most powerful mutants.

X-Men ’97 might seem like nothing more than a shameless cash grab. However, the original series was surprisingly poignant, especially for a children’s cartoon. The X-Men have long been a great way for comic books to explore societal and racial issues, and the original series also ventured into these topics. In today’s delicate climate, it’s impossible for X-Men ’97 not to take a stand, making it one of Disney+’s most ambitious and anticipated shows.

Kathryn Hahn nearly stole WandaVision from under Elizabeth Olsen and Paul Bettany’s noses, so no one was surprised that Marvel gave her a spinoff all to herself. Details about the show remain under wraps, but the casting of Heartstopper star Joe Locke sparked rumors, with fans becoming convinced Coven of Chaos will serve as the debut of Wiccan and Speed’s teenage versions.

Coven of Chaos will also feature Aubrey Plaza, hot off The White Lotus’ successful second season, in a villainous role. With such a promising cast and the potential for Elizabeth Olsen’s Wanda to make her inevitable return, Coven of Chaos becomes one of 2023’s most anticipated offerings. Hahn will be well-accompanied when the show finally arrives sometime in late 2023.