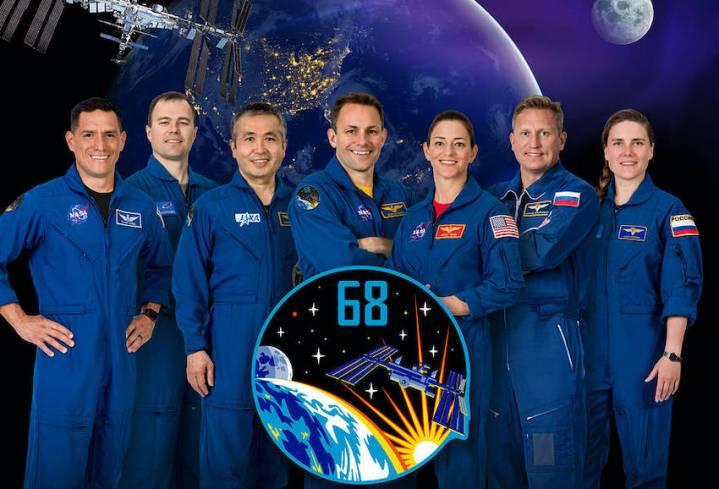 The seven astronauts aboard the International Space Station (ISS) are getting ready to see in 2023, but how do they know what time to shout “Happy New Year!”?

The ISS orbits Earth at 17,500 mph and therefore sees multiple sunrises and sunsets throughout a single Earth day, so you might imagine that it’s easy for astronauts to lose track of time.

Fortunately, when astronauts started living aboard the orbital outpost more than two decades ago, space officials considered this conundrum and came up with a simple solution.

So that ISS inhabitants would be able to properly organize space-based operations and activities, NASA and its international partners decided to set clocks aboard the ISS to the Universal Time Clock (UTC), a time standard that corresponds with the Greenwich Mean Time (GMT) zone in London.

It means that every 12 months, a new year officially begins aboard the space station at 7 p.m. ET (4 p.m. PT) on January 31, which is midnight UTC/GMT.

Of course, it’s possible that each crew member might want to also celebrate the arrival of a new year according to the time zone of their home on Earth.

At the moment, the ISS crew comprises Americans Frank Rubio, Nicole Mann, and Josh Cassada; Russians Sergey Prokopyev, Dmitri Petelin, and Anna Kikina; and Koichi Wakata from Japan, so there could be quite a few celebrations taking place aboard the space station in just a few days from now.

The likelihood is that the astronauts will gather for a single New Year’s party where they’ll enjoy some special food treats and reflect on their time in space so far. There won’t be any champagne celebration, however, as alcohol isn’t allowed on the space station.

Fancy finding out more about how astronauts live and work aboard the International Space Station? Digital Trends has you covered.