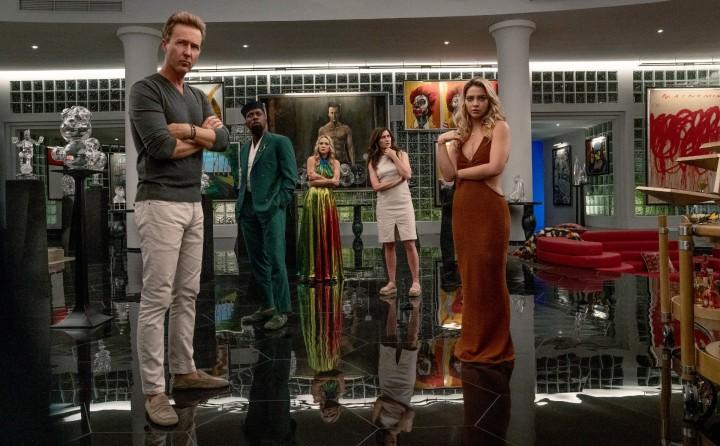 Glass Onion: A Knives Out Mystery got a lot of attention over the holiday weekend as it dropped on Netflix in time for Christmas. Though there’s a lot to discuss about the Mona Lisa-hating mystery, one particular loose thread deserves a little interrogating: the Among Us cameo.

The scene: Early in the film, we’re treated to a scene where Benoit Blanc (Daniel Craig) plays Among Us from his bathtub. He’s playing over Zoom with a star-studded pandemic dream team that includes Kareem Abdul-Jabbar, Stephen Sondheim, Angela Lansbury, and Natasha Lyonne. In a cruel twist of fate, he’s absolutely terrible at it — Lyonne suggests that they ditch it to play Quiplash instead.

It’s all hilarious, but something doesn’t quite smell right, does it? Allow me to put on my detective’s cap.

When the film begins, we’re told that the story begins in May 2020 — two months into the COVID-19 pandemic. Considering that Among Us was the biggest breakout game of the social isolation era, it makes sense that we’d get a little nod to it as Blanc is holed up at home. Or does it?

When Among Us first launched in 2018, it wasn’t an immediate success. According to SteamDB, it would take a good six months before the game would even have a concurrent player count in the triple digits. Though it slowly gained players prior to the pandemic, gains were modest. That continued to be true in May 2020, when the film is set, as it was averaging 488.9 concurrent players at the time (per SteamCharts).

Among Us wouldn’t become a cultural phenomenon until late June. That’s when content creators discovered the game and began streaming it, shining a spotlight on it. A spike starting around June 25 shows that Twitch viewership abruptly jumped from around 2,000 to 37,000 in a week. The concurrent player count would begin to spike up a few weeks later, as the game became a household name that July.

With this evidence in mind, I’m afraid to say that Glass Onion’s use of Among Us is sus. The game wasn’t a pandemic activity by May, as it was a relatively unknown indie at the time. If we were to accept this timeline bending, we must also deduce that someone in Benoit Blanc’s celebrity inner circle is an indie gaming mastermind that was two months ahead of the trend. My money is on Natasha Lyonne, personally.

Sensical or not, it’s one of the comedy’s funniest sequences. It’s a rare, relatable moment where we get to see the master detective outplayed as he struggles to be a good liar. We’ve all been there, Blanc.