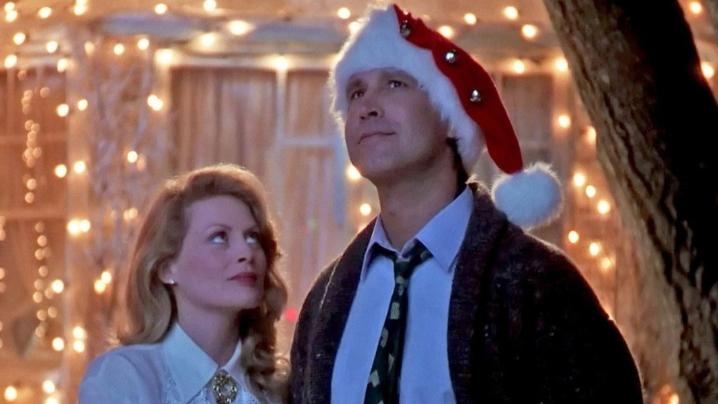 Sometimes, Hollywood doesn’t know to quit when it’s ahead. After finding success with a film, studios try and keep the money train coming by shoveling more and more sequels into theaters. Though some sequels turn out great or even better than the original film, there comes a point where the franchise derails itself, making audiences wish it had stopped when it was at its best. In that spirit, here is a list of films that should’ve been the end of their franchise.

After the Griswolds traveled across and outside the U.S., their third movie had them stay at home for their Christmas vacation. Surprisingly, it became the most profitable film in the franchise with its many hilarious and heartfelt moments. But after that, there wasn’t anything else for the series to do to warrant any more sequels.

This was evident in the critical and commercial flop Vegas Vacation, which many people seem to have forgotten. Also, the reboot led by Ed Helms and Christina Applegate failed to breathe new life into the franchise when it was essentially a half-baked repeat of the first film.

Despite being a series of comedy films, The Hangover trilogy has unintentionally become the butt of many jokes. Since the first film had been such a critical and commercial success, it was no shocker to see it spawn two more sequels.

However, these follow-up films offered nothing new, as they kept trying to repeat the original’s formula, only to make the characters darker and more unlikeable. Ultimately, the magic ran out after the first film, as the story got less interesting and the Wolfpack kept getting hung over.

The Purge films never were quite a hit with critics, but the franchise’s intriguing concept and potential in the horror genre warranted multiple films to show audiences what it could do. This was the case when it broke free from the home-invasion genre and took to the streets with The Purge: Anarchy. The series then found a natural conclusion when Charlene Roan became U.S. president while planning to end the Purge in Election Year.

But that all changed with The Forever Purge, which began by revealing that the New Founding Fathers of America had reclaimed control of the country and brought back the Purge. After the heroes had fought so hard to survive so they could finally end this annual event, the way The Forever Purge just undid all that somewhat ruined their victory, thus ruining the perfect conclusion for the franchise.

It seemed like the filmmakers couldn’t top Home Alone 2 with anything else, which should’ve been a sign that it was time for the franchise to be put to bed. Without Macaulay Culkin, director Chris Columbus, or composer John Williams, the sequels weren’t like the films that fans knew and loved.

Some people might even be surprised to learn that four more sequels were made after Home Alone 2, which shows how the franchise has lost its Christmas movie magic.

The sequels to Poltergeist show Carol Anne and her family still being pursued by the Beast, who is revealed to be the spirit of an evil cult leader in the second movie. But without Tobe Hooper and Steven Spielberg overseeing the sequels, these films never achieved the same level of finesse as the first one in terms of storytelling.

Also, the sequels were unnecessary in that nothing from the first film needed to be explained any further. There were no loose ends, and the mystery surrounding the Beast and his origins were better left unanswered, as not knowing made him all the more terrifying.

While Toy Story 4 was a decent film, many people still agree it was the weakest in the franchise. It pushed many past characters aside in favor of introducing new characters like Forky and focusing on Woody and Buzz, who both seem to act out of character. But probably the biggest issue fans had with the film was how Woody suddenly leaves the group and Bonnie forgets about him after she promised Andy she would take care of him.

This somewhat ruins the perfect ending that Toy Story 3 had for the series, which showed Andy giving Bonnie his toys, who were all content being passed on to her. Again, Toy Story 4 wasn’t a bad movie, but it felt more like an epilogue centered on Woody that audiences didn’t need to see.

Though actor Paul Walker died tragically before this movie was finished, the filmmakers managed to give all the characters, including Brian, a happy ending. And since the film had received such glowing reviews, it seemed best for the franchise to end on a high note.

However, more sequels were made, and the franchise began to lose its appeal, failing to reach the critical heights of the seventh film. And since Justin Lin left the director’s chair for Fast X right when production for the film began, it seems even more unlikely that this sequel will be any better.

Even Michael Scott picked up on the problem with this iconic franchise. John McClane went from being a regular cop struggling to take down bad guys in the first Die Hard to an unstoppable action hero who drives cars into flying helicopters in the fourth.

Thus, McClane became a less grounded and relatable protagonist, and the films became less believable and engaging. Since Bruce Willis has now retired from acting, unless Hollywood decides to reboot the franchise with a new lead, it looks like this franchise can finally die.

7. Pirates of the Caribbean: At World’s End

The franchise started to go under after the third movie when it started focusing purely on Jack Sparrow. At World’s End could’ve made for a satisfying ending for the franchise, as it capped off Will and Elizabeth’s journeys perfectly, which should’ve been the studio’s top priority since they were the franchise’s true main protagonists.

Jack was more of the Han Solo of the franchise in that he was an overhyped character that got more attention than was necessary with the fourth and fifth films. Even though Johnny Depp may have salvaged his career, it’s clear that this franchise should’ve stayed in Davy Jones’s Locker.

6. Indiana Jones and the Last Crusade

While Indiana Jones is still one of the most beloved movie franchises in cinema history, it hasn’t been immune to the trend of lackluster sequels. The Kingdom of the Crystal Skull took “jumping the shark” to a whole new level with the infamous “nuking the fridge” scene. And with an overabundance of CGI and a plot involving ancient aliens, this fourth film was a sign for many that the franchise had run its course. Clearly, Disney didn’t see it that way, as a fifth Indiana Jones film is on the way.

Considering how divisive this film was, it would’ve been best if the franchise ended with The Last Crusade. Though Temple of Doom wasn’t a beloved sequel either, the third film rectified that by bringing the franchise back to basics. Featuring a globe-trotting adventure to find the Holy Grail before the Nazis, this film had a true sense of finality by revealing Indy’s origins, his relationship with his father, and his triumph over his near-fatal desire for ancient artifacts by leaving the Holy Grail behind.

This franchise really should’ve gone extinct a long time ago. Like the dinosaurs at the titular theme park, the studio kept trying to make money off of Jurassic Park when it was better off being left alone.

The filmmakers kept trying to outdo themselves by making bigger dinosaurs with bigger set pieces, which really undermined the message of the original film. When characters are still trying to exploit dinosaurs after they keep on breaking loose and killing people, audiences really start to lose interest.

The basic premise of Jaws was just a few people trying to hunt and kill a shark, so there wasn’t anything to really expand upon. As a result, the sequels didn’t add anything new that justified their existence.

And with Spielberg absent from the director’s chair, the sequels didn’t even come close to achieving the cinematic genius of the original film. In the end, all these futile efforts culminated in the nonsensical fourth film, Jaws: The Revenge, which is now considered one of the worst movies of all time.

Disregarding that post-credits scene for Apocalypse, this movie could’ve been the Endgame of Fox’s X-Men universe. Days of Future Past undid all the damage done by The Last Stand, reviving all the fan-favorite characters who were killed off and leaving them all with a happy ending. Also, since audiences knew that pretty much everyone is alive in the future, much of the suspense was gone in the prequels that were released later on.

The sequels also showed how lazy the filmmakers were getting by not even bothering to make their cast look older as the story jumped to the ’80s and ’90s. Though audiences did get to see Deadpool and Logan after the timeline was rebooted, those movies really could’ve worked just fine as standalone films, which made Apocalypse and Dark Phoenix feel unnecessary.

After the travesty that was Alien 3, it would’ve been preferable to see the franchise be put to hypersleep after the second film went out with a bang. Having escaped LV-426 with Newt and Hicks and defeated the Alien Queen, the franchise couldn’t have topped itself in the third film unless the studio showed the Xenomorphs invade Earth as originally promised. Instead, the threequel had Newt and Hicks killed off-screen, and the film didn’t add anything new to the franchise.

Even though Alien 3 ended with Ripley sacrificing herself to destroy the Xenomorphs, the studio brought the character back as a clone in the divisive Alien Resurrection. While the prequel films expanded on the Xenomorphs’ origins in Prometheus, the filmmakers struggled to please audiences and backtracked everything later on in Alien: Covenant, showing how little direction there has been for the Alien saga after the second movie.

It’s a shame the studio couldn’t go back in time to undo the mess they made with this franchise. Judgment Day had the perfect ending for the franchise, as it showed John and Sarah Connor survive Skynet’s attacks and prevent the evil A.I. from taking over the world. The franchise has only gotten worse after Judgment Day, and despite so much trial and error, the studio failed to reboot the series twice with Genisys and Dark Fate.

James Cameron actually had an alternate ending to the second film that showed an elderly Sarah enjoying her life free from Skynet, which would’ve wrapped up everything with a nice, neat bow and left the franchise with a much brighter future. Instead, Terminator 2 left the door open for sequels and reboots that somewhat tarnished the iconic franchise’s legacy in pop culture, which has been enough for one to wish that the Terminator won’t be back.