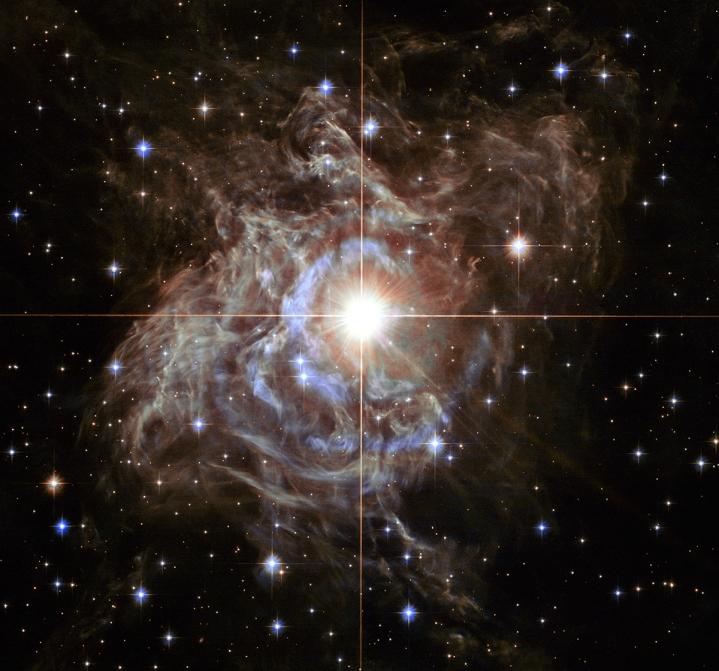 NASA has released a new festive sonification, this one showing the enormous star RS Puppis. Based on an image taken by the Hubble Space Telescope, this sonification gives an auditory way to experience the image of the giant star.

In the sonification, the sounds start at the outer edges and move toward the center, with points of light near the top of the image assigned to higher pitch notes and points near the bottom assigned to lower pitch notes. The effect is of bells, with brighter lights transposed to louder sounds.

RS Puppis is an example of a type of star called a Cepheid variable, which was important in the development of astronomy. These stars pulse in brightness, with RS Puppis brightening over a six-week cycle. Crucially, as pioneering astronomer Henrietta Swan Leavitt discovered in 1908, these types of stars’ luminosity is related to the period of their pulsation.

That means that by observing how long a pulse of a Cepheid variable star takes, astronomers can predict how luminous it is. They can then compare that luminosity to its observed brightness and use this information to accurately determine how far away it is. That meant that discovering the properties of these stars allowed astronomers to accurately measure distances to other galaxies for the first time.

The Hubble Space Telescope took the image of RS Puppis that the sonification is based on in 2013. In addition to looking at the pulsation of the star, astronomers were also interested in observing the way that light reflects across the dust surrounding the star, called a light echo.

“By observing the fluctuation of light in RS Puppis itself, as well as recording the faint reflections of light pulses moving across the nebula, astronomers are able to measure these light echoes and pin down a very accurate distance,” Hubble scientists wrote at the time. “The distance to RS Puppis has been narrowed down to 6,500 light-years (with a margin of error of only one percent).”