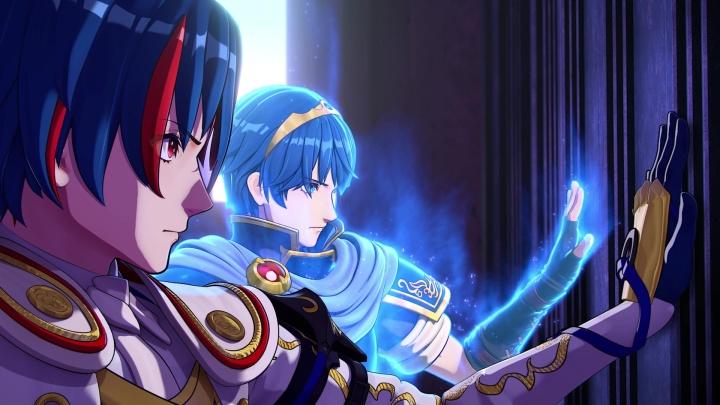 It’s safe to say that even without The Legend of Zelda: Tears of the Kingdom, 2022 was the Nintendo Switch’s best year since its launch. Nintendo rolled out the big guns for the console’s fifth year, with a wave of high-profile first-party titles. The wide list included long-anticipated releases like Bayonetta 3, charming surprises like Nintendo Switch Sports, and Game Awards-nominated masterpieces like Xenoblade Chronicles 3. You could have made a solid top 10 list using only Switch exclusives in 2022.

How do you follow up on such a strong year? That’s a question Nintendo is surely going to work to answer in 2023. While the Switch will get the year’s biggest game in Zelda, the rest of its lineup is largely shrouded in mystery. We know a few games that are on the horizon, but we likely won’t know what the whole year looks like until a winter Nintendo Direct.

Though 2023 will likely shock us, there are still plenty of Switch titles we’re already looking forward to heading into the new year. From Fire Emblem to Zelda, here are the Switch games you need to keep your eye on next year.

If you’re looking for consistency when it comes to Nintendo games, the Fire Emblem series delivers. The tactics series has already impressed on the Switch multiple times thanks to the excellent Fire Emblem: Three Houses and its surprisingly deep Musou spin-off, Fire Emblem Warriors: Three Hopes. The next mainline game of the series looks to continue that trend. Fire Emblem Engage will lead the Switch’s 2023 library with an RPG that pays tribute to the past. The big hook this time is that players can summon old heroes like Marth to fight alongside them in battle. Though it’ll be hard to top the astonishing interpersonal relationships that Three Houses presented, Engage looks like it’ll deliver the same tactical strengths that make the series one of Nintendo’s finest.

Couldn’t get enough Kirby in 2022? Fortunately, you won’t have to wait long for the pink puffball’s next adventure. Kirby’s Return to Dreamland Deluxe drops in February, bringing a Nintendo Wii classic to the Switch. Though the original 2D platformer didn’t get the same praise as Kirby and the Forgotten Land in its day, it’s still regarded as a charming entry in the series with satisfying platforming. Considering that Kirby is currently riding on a wave of goodwill, the deluxe edition might land with players even more in 2023.

At this point, it’s unnecessary to say that any given year will be a big one for RPG fans. The Switch continues to be one of the best platforms for the genre, and that’s set to continue in 2023. One of the year’s most high-profile releases will come in the form of Octopath Traveler 2, a sequel to one of Square Enix’s more beloved modern RPGs. The new installment brings back the gorgeous 2D-HD art style that sparked a revolution in the genre, as well as its multi-character approach to storytelling. It’s coming hot off the heels of the recently released Live A Live remake, a game that was a major inspiration for the Octopath series. If you can’t wait for February, make sure to go back and give that game a try first to get the full historical context.

This year’s Game Awards was loaded with surprises, but none were as left-field as Bayonetta Origins: Cereza and the Lost Demon. The colorful action game is a complete departure from the usually dark, mature series; it almost looks like a kid’s game. It tells the story of Cereza in her younger years, traveling alongside her demon cat Cheshire. So far, we know it’ll still be an action game, though it’ll have more of an emphasis on puzzles. For those who want just a little more lore following this year’s excellent Bayonetta 3, it’ll hopefully be a fun little side adventure on the long road to a proper fourth installment.

If you’ve been pining for a return to the Mega Man Battle Network series, 2023 is about to be your year. Mega Man Battle Network Legacy Collection contains a whopping 10 games in total, including all of the series’ dual releases. The real-time tactical RPG series is a treat for Mega Man fans, Game Boy Advance enthusiasts, and anyone interested in the genre alike. It has players defeating enemies using battle chips on a computer-like grid. Considering how popular tactics games are these days, it’s a perfect time for the series to make its grand return — especially as we wait for the long-delayed Advance Wars 1 + 2: Re-Boot Camp.

The Legend of Zelda: Tears of the Kingdom — May 12

How do you follow up on what’s now regarded as one of the best and most influential games of all time? By doing it again. The Legend of Zelda: Tears of the Kingdom looks to build on Breath of the Wild‘s incredible success by delivering another dazzling open-world experience. The main difference this time (that we know of, at least) is that Link will take to the skies, expanding out the world of Hyrule. Though that’s not all you can expect from the sequel. Trailers have teased a darker tone, new abilities, and Link’s odd new arm. The less we know, the better as Tears of the Kingdom will need to dish out some true surprises to top a true classic.

If you’re a fan of cozy farming games like Stardew Valley, you’ll want to keep your eye on Fae Farm. Created by the studio behind Dauntless, the indie is shaping up to be a charming little RPG/farming simulator hybrid based on what we saw of it recently. Best of all, it’ll feature multiplayer for up to four players online and locally, which already makes it one of the Switch’s most promising co-op titles of 2023.

When companies won’t give us sequels to old games we loved as kids, sometimes indie developers need to step in. That’s exactly the case with Bomb Rush Cyberfunk, which is essentially the Jet Set Radio successor we never got. The upcoming game will have players grinding around a city as they paint the streets with graffiti and evade cops. Of course, it’ll have a strong emphasis on music too, featuring music from Jet Set Radio composer Hideki Naganuma.

For fans of retro RPGs, Sea of Stars could very well end up being one of 2023’s best. Created by Sabotage Studio, the team behind indie hit The Messenger, Sea of Stars is a turn-based RPG that draws inspiration from classics like Chrono Trigger. Based on what we saw earlier this year, it’s looking like a loaded narrative experience that uses simplicity to its advantage. If you’re a genre purist who’s sick of the current action-RPG trend, Sea of Stars will be one to watch in 2023.

So far, we barely know anything about Pikmin 4. Slated to launch sometime in 2023, Nintendo has only shared its pretty art style and its new ground-level perspective. That’s about it, but what more do you need to know? The Pikmin series is one of Nintendo’s most creative creations and it hasn’t gotten a mainline installment in a decade. If all goes according to plan, it should be a welcome return to form for a series that’s always been trapped on Nintendo’s least popular consoles. A Switch release should bring more eyes than ever to it, potentially turning it into one of the company’s top exclusives.