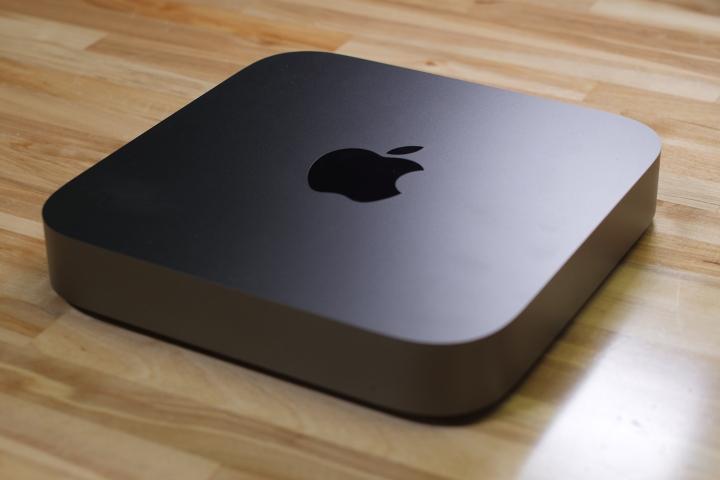 If you’re looking to get into Apple’s Mac ecosystem, the superb Mac Mini is one of the best-value ways to do it. After 2020’s M1 model, expectations are high for how Apple could follow up with new chips and new features, including a high-end model for more demanding users.

We’ve put together this roundup with as many details on the next Mac Mini as we can find. Simply read on to see what Apple has planned for its smallest desktop Mac.

For a while, there were rumors of two Mac Minis being in the works, with one high-end model and one entry-level version said to be coming. After Apple’s Peak Performance event in March, it became apparent that the rumored high-end Mac Mini was almost certainly the Mac Studio, which essentially looks like several Mac Minis stacked on top of each other.

With that out of the way, we’re still waiting on updates to the main Mac Mini line. Not only has the M1 Mac Mini not been updated since late 2020, but Apple is still selling an Intel-based Mac Mini on its website, despite promising to have almost completed its transition to its own Apple Silicon chips. That means both versions could be updated sooner rather than later.

But when specifically can we expect these changes? At WWDC 2022, Apple announced the M2 chip that would power the 13-inch MacBook Pro and redesigned MacBook Air. However, the Mac Mini was notably absent from this announcement and the event at large.

A new Mac Mini is still on the way, and that idea is bolstered by a discovery made by iOS developer Steve Troughton-Smith, who unearthed an interesting clue in firmware for Apple’s Studio Display monitor. The firmware made mention of an as-yet-unreleased Mac dubbed “Macmini10,1,” which Troughton-Smith believes could be referring to an M2 Mac Mini. Having it mentioned in official firmware is a strong indication that Apple is almost ready to deploy the Mac, most likely in 2023.

Journalist Mark Gurman claimed in December 2022 that Apple was still working on both M2 and M2 Pro versions of the Mac Mini. Although he didn’t give a solid date, spring or summer 2023 seems like a reasonable launch date to expect. For one thing, Apple’s two-year transition to its own chips will have expired by then, so Apple will not want to overshoot the deadline by any longer than it needs to.

Apple analyst Ming-Chi Kuo has taken a similar tack, tweeting in March 2022 that the Mac Mini would release in 2023.

Now for the price. The current M1 Mac Mini starts at $699, with a second model costing $899. The Intel version starts at $1,099, meanwhile. That pricing structure makes sense, so we wouldn’t be surprised if Apple stuck with it for the new models.

As we outlined above, one rumored Mac Mini — complete with a redesigned chassis — turned out to be the Mac Studio. However, there is another rumor that has not yet been disproved that suggests the Mac Mini will still get a new look.

In May 2021, leaker Jon Prosser released renders depicting the next Mac Mini with a much slimmer design than its current iteration (largely due to the more power-efficient Apple Silicon chip inside), with an aluminum body topped with a plexiglass-like surface. He also asserted Apple has been experimenting with different color options, but whether this will make it to the finished product is unknown.

As well as that, in August 2021, Mark Gurman stated in his Power On newsletter that the Mac Mini “will have an updated design and more ports than the current model.” However, he did not go into specifics regarding the shape and size of the upcoming device.

The slimmed-down design attested by Prosser makes sense. With the advent of the M1 chip, Apple has been able to design its computers around the chip’s greater efficiency compared to Intel processors by cutting their bulk. We’ve already seen the results in the totally overhauled 24-inch iMac, which was reduced to a minuscule 11.5mm in thickness, and the Mac Mini could be next to get this treatment.

It’s also believable for another reason. The Mac Mini is a popular computer in server farms thanks to its small size, which is one reason we doubted the rumored “multi-stack” Mac was actually a Mac Mini (and in the end, it was released under the Mac Studio name instead). If Apple thins down the Mac Mini’s chassis, it will be good news for server farms, which will potentially be able to squeeze even more of the machines onto their racks.

All that said, there was a dissenting voice in the form of well-known Apple analyst Ming-Chi Kuo. In a tweet from March 2022, Kuo explained that “the new Mac Mini in 2023 will likely remain the same form factor design,” and suggested that Apple will not go for a slimmed-down appearance. We’ll have to see who is correct.

As 2022 recedes into the background, we can be more and more sure the new Mac Mini will use a variant (or variants) of the M2 chip. The M1 Pro was previously mooted, but that doesn’t make much sense now. Instead, put your money on an M2 base model and an M2 Pro version to replace the aging Intel Mac Mini.

What kind of performance can we expect?  We know from testing the M2 MacBook Air that its chip is around 11% faster than the M1 in single-core tests and 18% quicker in multi-core performance. Bear in mind that those tests were done in a fanless MacBook Air — in the Mac Mini with its better cooling, the M2 might get better results.

When we get a high-end Mac Mini, its M2 Pro chip will be a noticeable upgrade over the M2. The current M1 Pro and M1 Max have various options, with memory ranging from 16GB to 64GB. They also include the following core options:

The M2 Pro is likely to upgrade those core counts, although it’s too early to say what the complete lineup might look like. However, Mark Gurman has stated Apple is working on a 14-inch MacBook Pro with an M2 Pro chip featuring 12 CPU cores and 38 GPU cores. A previous newsletter from Gurman had also suggested Apple was planning an M2 Pro chip with 12 CPU cores and 16 GPU cores. It’s possible that one or both of these will be offered inside the upcoming Mac Mini.

Note that both Gurman and 9to5Mac have separately claimed that Apple is testing an M2 Pro Mac Mini but have not mentioned an M2 Max version, so we’re skeptical that the Mac Mini will get that chip at this stage.

The new chips won’t just mean more power — they will also affect the features you can expect to find in the upcoming Mac Mini. That’s because they control a number of things beyond simply raw performance, such as port selection and external monitor support.

While the M1 Mac Mini was a step up over its Intel predecessor in almost every way, it had one notable drawback: Instead of the four Thunderbolt ports the Intel model offered, the M1 edition only came with two. The most likely explanation is that that was a limitation imposed by the chip itself.

There are no such worries on Macs with M1 Pro and M1 Max chips. The 14-inch and 16-inch MacBook Pros, for example, offer three Thunderbolt ports compared to the two found on the M1 MacBook Pro. And according to both Mark Gurman and Jon Prosser, the Mac Mini will also get a more generous port selection.

While Gurman has been coy about the exact port arrangement, Prosser has laid his cards on the table: Four Thunderbolt/USB-C ports, two USB-A slots, one Ethernet port, and one HDMI port is his prediction, and that matches the offering on the current Intel-based model. There could also be a MagSafe-style power adapter like the one on the 24-inch iMac, Prosser believes.

The M1 Pro and M1 Max chips could fix another annoyance linked to the M1 chip: The poor support for external monitors. Every M1 Mac is limited to one external display (barring the Mac Mini itself, but that’s only thanks to its HDMI port). That’s something we lamented in our M1 MacBook Air review, and it isn’t really good enough these days.

Luckily, the latest Apple chips have remedied this situation. The M1 Pro allows up to two 6K displays to be attached to the 2021 MacBook Pro, while the M1 Max can support up to four monitors (three 6K and one 4K). With the Mac Studio, meanwhile, you can attach up to five external displays (four 6K and one 4K). The Mac Mini doesn’t come with its own display, so external monitor support is crucial — and the more you can connect, the better.