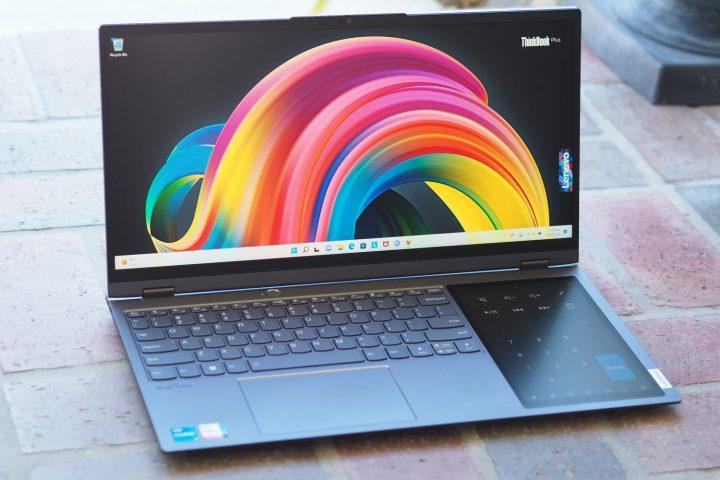 I’ve noticed for a couple of years that laptop displays have been improving. And it’s not just the advent of new technologies like OLED and mini-LED. I’m talking about the tried-and-true IPS panel, which remains the most prevalent display technology on most laptops we’ve reviewed.

Fortunately, we maintain a database of quantitative laptop data that can help shed light on the following question: are laptop displays really getting better, or does it just seem to be the case? While the following data isn’t scientific, it’s close enough for us to draw some conclusions about just how much better laptops have been getting.

I looked at the laptops we reviewed each year from 2018 through 2022 that used IPS displays. I deliberately left out OLED panels because they uniformly provide outstanding results, and there’s very little difference between them. I also left out Apple’s mini-LED XDR displays for the same reason.

In my brief study, I focused on five criteria: brightness, AdobeRGB gamut, sRGB gamut, contrast ratio, and color accuracy (DeltaE). These are the factors that most directly impact the viewing experience, and by no coincidence, they make up the bulk of the values that we measure using our colorimeters.

In average values, there’s a meaningful difference between years. In all but color accuracy, higher numbers are better. Our baselines for good displays, and what we expect to see on premium laptops, are also listed.

For the most part, we can see the quality of IPS displays increasing each year. There are some variations, but those are likely just thrown off by a few very good or bad laptops each year. The number of laptops included for each year ranges from 43 to 57, and so a few exceptions can slightly change the results.

However, the most pertinent conclusion is that 2022 was the best year for IPS displays in everything but sRGB gamut, which remained pretty much the same. Brightness was up significantly, the contrast was much higher, the AdobeRGB gamut was wider, and color accuracy was much better. This fits with what I saw during my reviews: Most of the laptops I tested had more vibrant colors with higher brightness and deeper blacks. I noticed the same in 2021, but the difference was even starker in 2022.

A better chance at a better display

According to these results, your chances of getting a high-quality IPS display were significantly better in 2022 than the previous four years. Again, there were a few outliers, but they don’t change the essential results.

And that’s not all

Not quantified here is the uptick in resolution, where I saw more than just the usual Full HD(+) and 4K(+) panels. QHD(+), 2.8K, and 3K2K resolutions were also more prevalent, with a wider range of options with many laptops. Privacy screen options were more popular as well, and the industry has almost universally adopted taller 16:10 or 3:2 aspect ratios to replace the old-school 16:9 ratio, which you’ll find primarily in gaming laptops — although, even that is changing lately.

And I don’t mean to disregard OLED and mini-LED, because they also matter. Toss in the ever-increasing refresh rates available to gaming and mainstream laptops, and there’s never been a better time to dial in exactly the quality of display needed to do your work (and play). If you need the widest and most colors with the deepest contrast, then choose OLED or mini-LED. If you need extreme brightness, then Apple’s MacBook Pros have you covered.

If you’re looking for excellent high dynamic range, then OLED or mini-LED with Dolby Vision will provide an awesome experience. And if you need extremely high refresh rates for tear-free gaming, 300Hz and higher panels are available.

But the lowly IPS display, which you’ll find on most budget, midrange, and mainstream premium laptops, has also greatly improved. And that matters, because it’s the display technology you’re most likely to purchase at a price that’s most attractive. Manufacturers are giving you better displays for your money, and that’s a good thing.