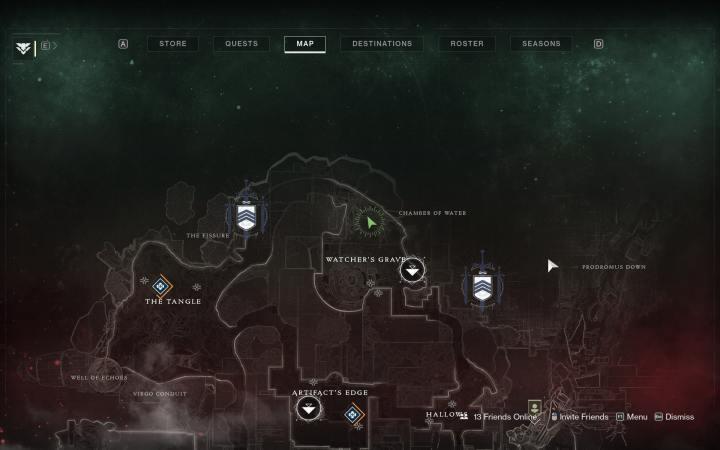 This week, you can find Xur in Nessus, though he no longer appears on the barge. To find him, load into the Watcher’s Grave landing zone and look straight ahead. You’ll see a huge tree north of your starting position. Head over to it and climb onto its branches. You’ll find Xur up there standing on a wide branch.

Hard Light – 29 Legendary Shards: Hard Light is a must own weapon for fans of auto rifles. This gun has three distinct features: bullets overpenetrate targets, have no falloff damage, and ricochet off of surfaces. When a bullets bounces, its power increases making this a perfect weapon for aiming down a tight corridor, unloading a clip, and hoping for the best.

Graviton Forfeit (Hunter) – 23 Legendary Shards: Want to become The Invisible Man? Graviton Forfeit has you covered. This exotic helmet increases the duration of any Hunter invisibility effects. On top of that, your melee energy will recharge faster while clocked. So this helmet allows you to sneak up on enemies and punch them out with ease. Sneaky.

Apotheosis Veil (Warlocks) – 23 Legendary Shards: Supers are the best way to turn the tide of battle, and Apotheosis Veil only helps you push the advantage. The exotic helmet regenerates your health, melee, grenade, and rift energy whenever you activate your super. As an added perk, it’ll recharge your allies’ abilities faster.