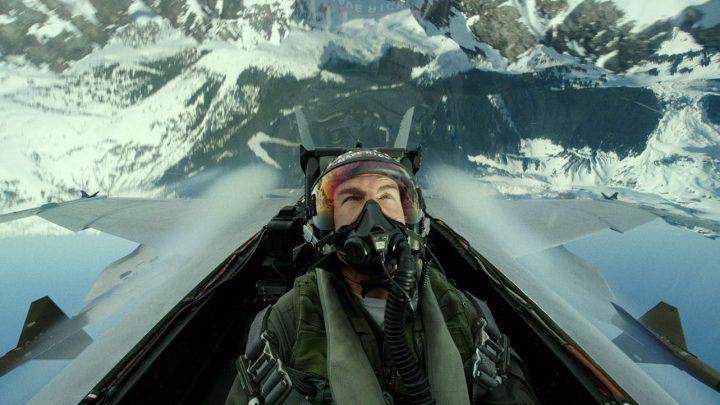 The year is 2022, and Tom Cruise, one of Hollywood’s last movie stars, sits atop the movie world once again with Top Gun: Maverick. The sequel to 1986’s Top Gun is the number one movie of 2022 at the worldwide box office with a gross of $1.7 billion.

It cannot be overstated how much of a success story Top Gun: Maverick has been. The gamble to postpone the film’s release date multiple times to ensure its theatrical release paid off as the film registered Cruise’s best opening weekend at the box office with a domestic gross of $124 million back in late May. After a three-month theatrical run, the film can finally be seen in your home, and we’re here to let you know how.

Where to watch Top Gun: Maverick

If you want to watch one of 2022’s biggest hits in the comfort of your own home, there’s only one platform where you can watch it for free with a subscription. Paramount+ will be the streaming home for Top Gun: Maverick for the foreseeable future.

While the Tom Cruise sequel may lure you to Paramount+, there are many more shows and movies available on the platform to make your subscription worth your while. Shows like The Good Fight, Star Trek: Discovery, Star Trek: Strange New Worlds, and The Twilight Zone and hit movies like The Lost City, Orphan: First Kill, and Sonic the Hedgehog 2 are just a few of the titles that you won’t want to miss.

When does Top Gun: Maverick stream for subscribers?

That depends on what kind of plan you prefer. To take advantage of the free trial, simply head to the Paramount+ website and sign up here. Your first seven days will be free, but after the trial period, subscription plans start as low as $5 per month. That option (called “Essential”) comes with limited commercial interruptions. If you don’t want any ads, the Premium monthly subscription will cost you $10 a month.

Is it worth watching Top Gun: Maverick?

Yes! Set thirty years after the events of Top Gun, Cruise reprises his role as Pete “Maverick” Mitchell, an excellent Naval aviator who continues to dodge advancement to remain a test pilot. Maverick is given one last shot to save his career when he’s assigned to train a group of TOPGUN pilots for a top-secret mission. One of the pilots is Bradley “Rooster” Bradshaw (Miles Teller), the son of Maverick’s former RIO, “Goose,” who tragically died in the original film. Despite Maverick’s unorthodox methods, he’s still the best pilot, and it’s up to him to save the world from a potential catastrophe.