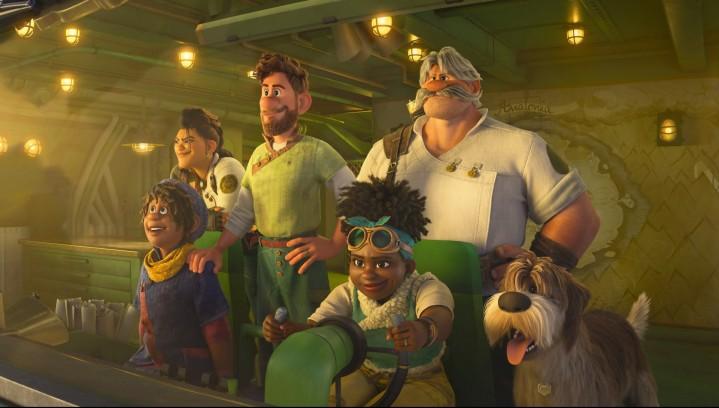 Disney is famous for its many animated classics. For nearly 100 years, it has produced one timeless gem after another: Snow White and the Seven Dwarfs, Fantasia, Sleeping Beauty, The Little Mermaid, The Lion King…the list goes on and on. They made not only the best animated films of all time but some of the best movies … ever.

Yet every once in a while, Disney releases a stinker. For every Aladdin, there’s a Treasure Planet. Unfortunately, Disney produced two in 2022: Lightyear and Strange World. Another person’s trash is another’s treasure, though,  and there are some (including this author) who were utterly charmed by Strange World, flaws and all. After only a month in theatres, the toon is about to debut on streaming platforms, and we’re here to tell you when and where to watch it so you can judge for yourself.

Where is Strange World streaming?

If you want to see the Clade family travel around their foreign world Avalonia and encounter strange creatures, head to Disney+ to begin streaming (and exploring).

Launched in November 2019, Disney Plus has become a leading stalwart in the streaming service space. Boasting one of the best libraries of movies and TV shows around — including some of the best original series from the likes of the Marvel Cinematic Universe and Star Wars franchises — Disney+ has shot up to 129.8 million subscribers worldwide as of February 2022. That puts it toe-to-toe with the likes of Netflix, Apple TV+, Amazon Prime Video, HBO Max, and others.

Despite a library that isn’t quite as large as that of Netflix, Disney+ makes up for it in quality. It’s the exclusive streaming platform for a significant portion of Disney’s massive content archive and the only place to see new originals like Andor, Obi-wan Kenobi, The Mandalorian, Hawkeye, and WandaVision. Plus, with content from National Geographic and deals that can also net you Hulu and ESPN+ for one price, Disney+ is a formidable service.

Is it worth watching Strange World?

Even a Disney misfire is worth watching, and Strange World has just enough charm to warrant a look. Taking inspiration from 1930s pulp magazines and classic novels like Journey to the Center of the Earth, the movie is a bit more mature and action-packed than the average Disney toon. Yet by focusing on the Clade family, the movie retains its good-natured spirit even as it features one bizarre creature after another.

The voice cast makes it work. As the Clades, Jake Gyllenhaal, Gabrielle Union, Dennis Quaid, and Jaboukie Young-White lend humor and heart to each of their roles, making this a true family film for all ages. The movie is adventurous and imaginative, which is rare nowadays in American animated movies.

On Rotten Tomatoes, Strange World registers 73% on the Tomatometer and a 67% audience score. The movie is 102 minutes long.