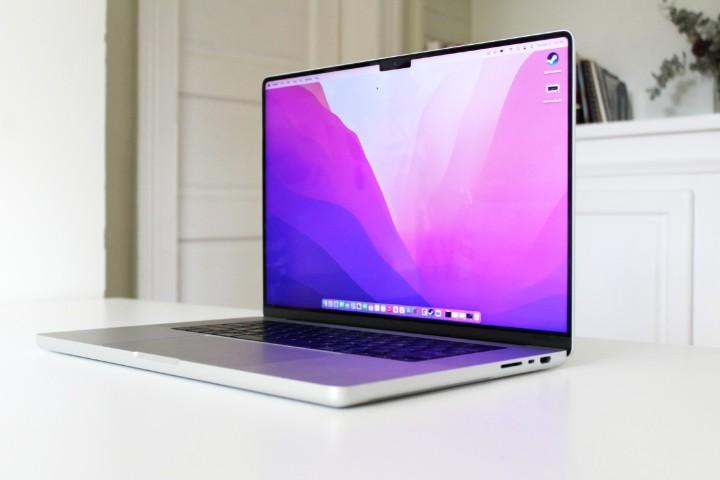 Apple’s 14-inch and 16-inch MacBook Pros are its most powerful laptops, and they’ve won rave reviews since launching in October 2021, including our own five-star rating and Editors’ Choice award. But nothing good lasts forever, and talk has begun to turn to what’s coming next.

So, what can we expect from the next generation of MacBook Pro 14 and 16 laptops? How powerful will their new M2 Pro and M2 Max chips be? Will they get a new design? What about their mini-LED displays?

We’ve scoured the rumor mill for all the latest gossip on what Apple could be up to. Here’s everything we know about the MacBook Pro 14 and 16.

There seems to be some confusion over when the next MacBook Pro 14 and 16 will launch, but as time goes on, the picture is becoming clearer.

There were claims that Apple would launch new 14-inch and 16-inch MacBook Pro models before the tail end of 2022. However, that idea seemed a little farfetched for a few reasons.

For one thing, Apple only updated its MacBook Pro 14 and 16 laptops in October 2021. It’s rare for the company to bring out yearly updates to its high-end devices — after all, these are the models the company pours the most money into in terms of research and development, so it wants to get a good return on all that expenditure.

And there’s another reason: Ongoing global supply chain issues make a 2022 release date hard to envision. Bloomberg’s Mark Gurman says we could see the devices between fall 2022 and early 2023, while industry analyst Ming-Chi Kuo expects the production of MacBook Pro 14 and 16 models to begin in the fourth quarter of 2022. That runs from October 1 to December 31, giving little time for a late 2022 launch.

Given continuing supply chain issues, 2023 feels like a more likely release date. We don’t know exactly when, but spring seems like a reasonable bet. In fact, Gurman doubled down on that idea in December 2022, claiming new high-end MacBook Pro models would be “arriving early next year” — in other words, in early 2023.

As for the price, there’s been very little in the way of information or rumors here. However, given Apple’s recent trend of increasing the prices of its MacBooks, we wouldn’t be surprised to see a similar thing happen here.

As much as we hate being spoilsports, it’s almost certain there will be no design changes for the next MacBook Pro 14 and 16 models. That’s because these laptops only got new designs in October 2021, with flatter edges compared to previous versions. Apple doesn’t update its Macs’ physical designs every year (in fact, they usually go many years without updates), so we anticipate they’ll be staying the same for now.

There is one design possibility to speak of, though: changes to the colors. Traditionally, Apple paints its “pro” devices — including the MacBook Pro 14 and 16 — in muted colors, usually sticking to silvers and grays. That’s why we’ve never seen a MacBook Pro in the bright greens and yellows of the 24-inch iMac.

However, when the M2 MacBook Air was announced at Apple’s WWDC show in June 2022, it came in silver, space gray, and two new colors: midnight and starlight. These added a splash of color while still being down-to-earth and, importantly, professional-looking. Could the MacBook Pro 14 and 16 adopt these shades too? While it might be a stretch for them to borrow colors from the non-pro MacBook Air, never say never.

A sea change in performance?

When it comes to performance for the MacBook Pro 14 and 16, there’s only one thing to talk about, really: the Apple silicon chip. That’s because this component is what’s known as a system-on-a-chip. It combines a CPU, GPU, memory, and more into a single package.

Other details are much more up for debate. For instance, DigiTimes reported in June 2022 that the M2 Pro and M2 Max chips would be built using a 3-nanometer process. That would presumably result in a more efficient and performant set of chips. So far, so good.

But, hold your horses — Ming-Chi Kuo countered all that in August 2022 by saying the chips would probably be made using a 5-nanometer process. That’s the same process as is used to make the M1 Pro and M1 Max chips. While we’d still expect the M2 chips to take performance up a notch, the increase might not be as dramatic as DigiTimes predicted. Indeed, we might have to wait until the M3 series of chips for true next-generation performance gains.

Elsewhere, Mark Gurman has shed some light on what he expects the M2 Max chip could bring forth. According to Gurman, it will be outfitted with up to a 12-core CPU, up to a 38-core GPU, and up to 64GB of unified memory. For reference, the top-end M1 Max option has a 10-core CPU, a 32-core GPU, and 64GB of memory.

OLED displays? Don’t count on it

One of the best features you’ll find in the MacBook Pro is its display. The current MacBook Pro 14 and 16 models come with superb mini-LED displays (dubbed “Liquid Retina XDR” by Apple) and, as our reviewer said at the time, “This is the best laptop I’ve seen for watching and creating HDR content.” They’re pretty special.

No doubt Apple will want to keep that tech in place — or will it? According to DigiTimes (via MacRumors), Apple has been working on MacBooks kitted out with OLED displays that could launch in 2022. Given Apple’s non-pro laptops stick with LED panels, this would surely be referring to the MacBook Pro, and presumably, the MacBook Pro 14 and 16 (as opposed to the MacBook Pro 13, which also has an LED screen). While the 2022 date is wide of the mark, the underlying assertion about OLED tech might not be.

But wait, there’s more. A few months after the DigiTimes report, display industry analyst Ross Young chimed in (via MacRumors), stating that Apple was “increasingly likely” to launch a 13-inch MacBook (probably a MacBook Air) with an OLED screen in 2024. There was no mention of the MacBook Pro, and the 2024 date is later than the DigiTimes estimation.

So, who is correct? Well, we would be surprised to see Apple ditch its mini-LED screens so soon after adopting them. Apple usually gives its tech at least a couple of years before moving on to make all that research and development money worthwhile. That gives us the feeling that the OLED panels are a couple of years away for now.

What other features might make an appearance? People have been talking about Apple bringing Face ID to the Mac for years, and we know the company is at least considering this tech given all the patents it’s been filing. But, while we’d love to see Face ID on the MacBook Pro 14 and 16, there have been no specific rumors linking the tech to these products yet. With time running out, we’re not getting our hopes up.

Finally, what about battery life? Ever since Apple switched away from Intel and towards its own Apple silicon chips, its laptop battery performance has gone through the roof. When the MacBook Air graduated from the M1 chip to the M2, its battery life estimates stayed the same (Apple achieved this by increasing the size of the battery). We might see a similar thing with the MacBook Pro 14 and MacBook Pro 16. At the very least, we don’t want to see battery life decrease.